Connecting the Dots on Income Inequality

What does income inequality look like? Giorgia Lupi's 3D installation visualizes how Americans' incomes have transformed over four decades, giving physical shape to the persistent inequalities that undergird the economic system. The installation is based on data gathered by RAND researchers, who developed a new method to measure income inequality.

Explore the data behind this piece Learn more about Giorgia Lupi 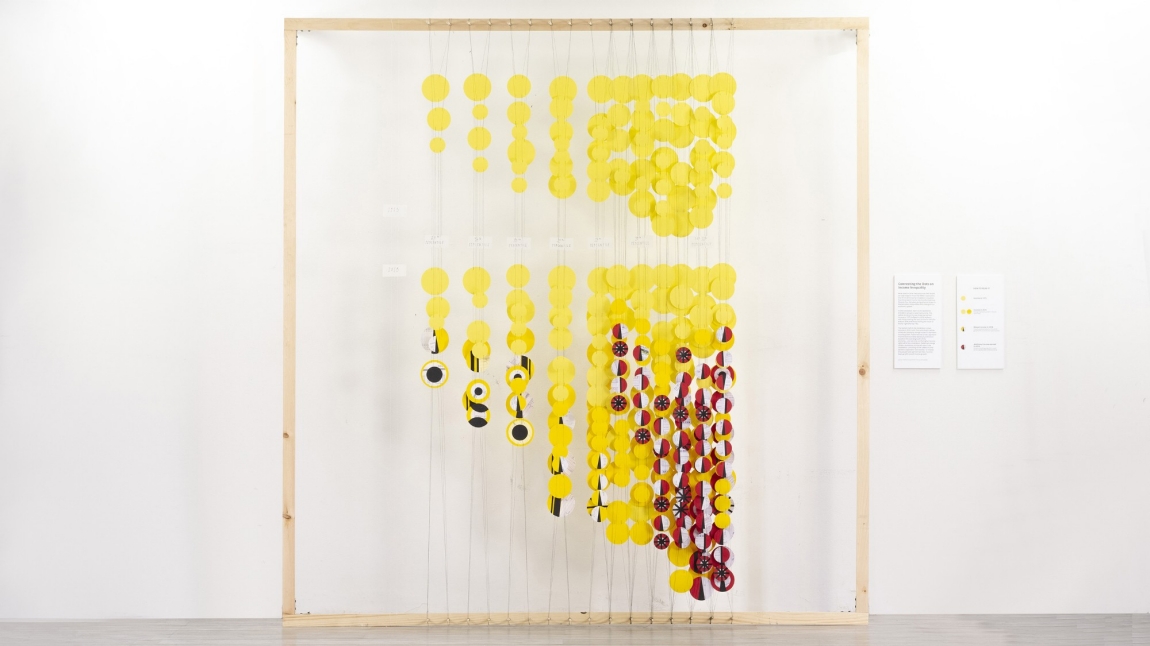 This physical data installation showcases the raw numbers from RAND's study, Trends in Income from 1975 to 2018. Repeated hanging circles represent both individual dollars that constitute income, but also the people that the data represents.

In the installation, each circle represents $10,000 in actual or potential income. The yellow circles at the top show real earned income in 1975 (inflated to 2018 dollars)—with those making the least on the far left (the bottom 25 percent) and those making the most on the far right (the top 1 percent).

Patterned orange circles—numerous on the left side of the installation, consisting of the lowest income earners—represent “lost income,” or money they would have earned had their incomes kept up with overall income growth. 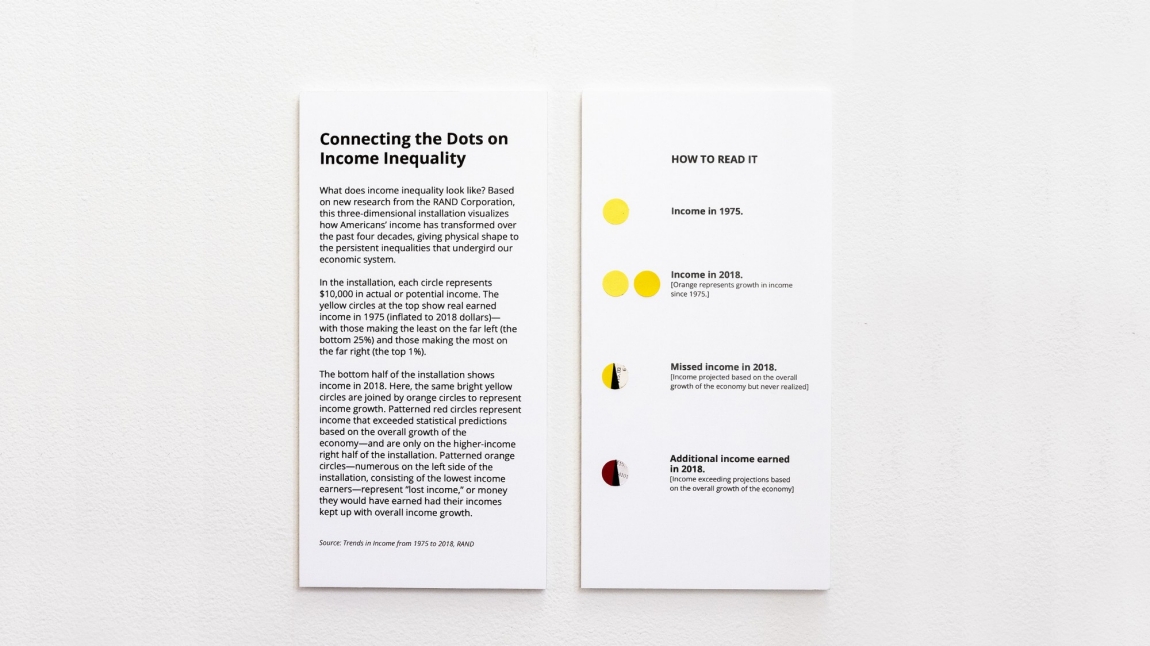 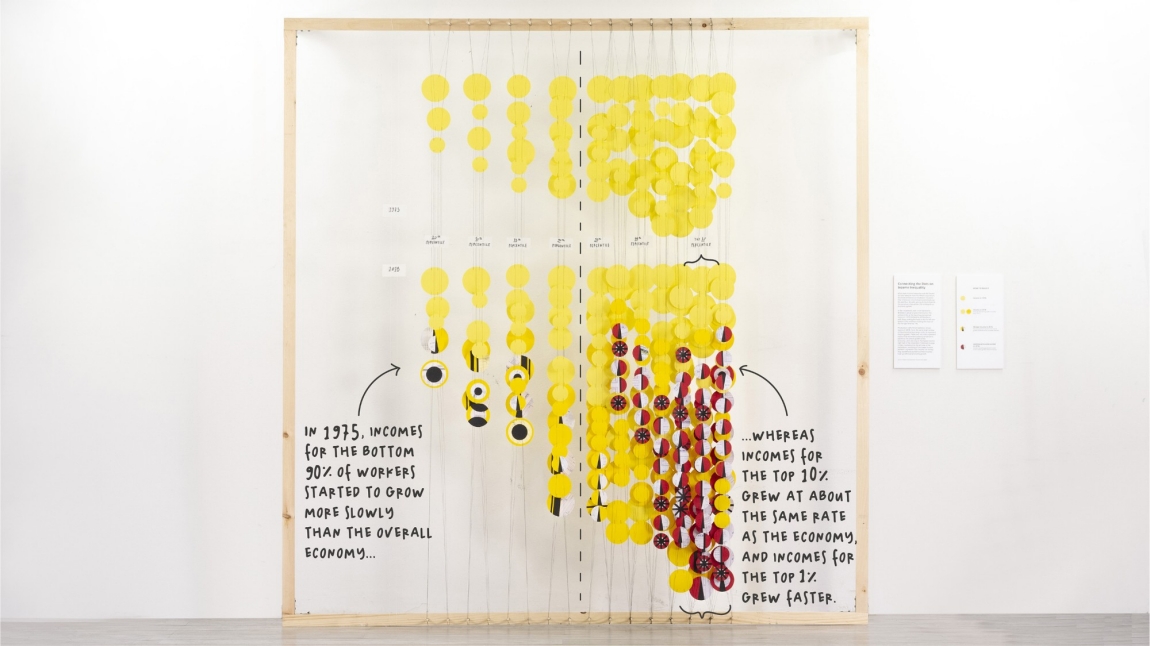 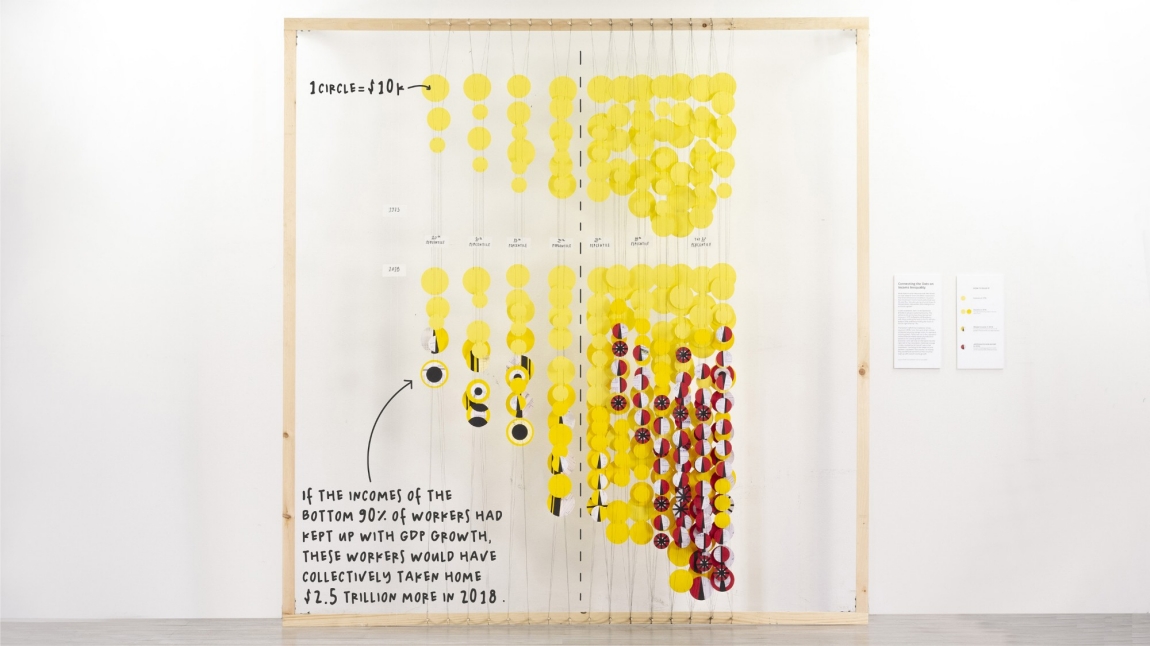 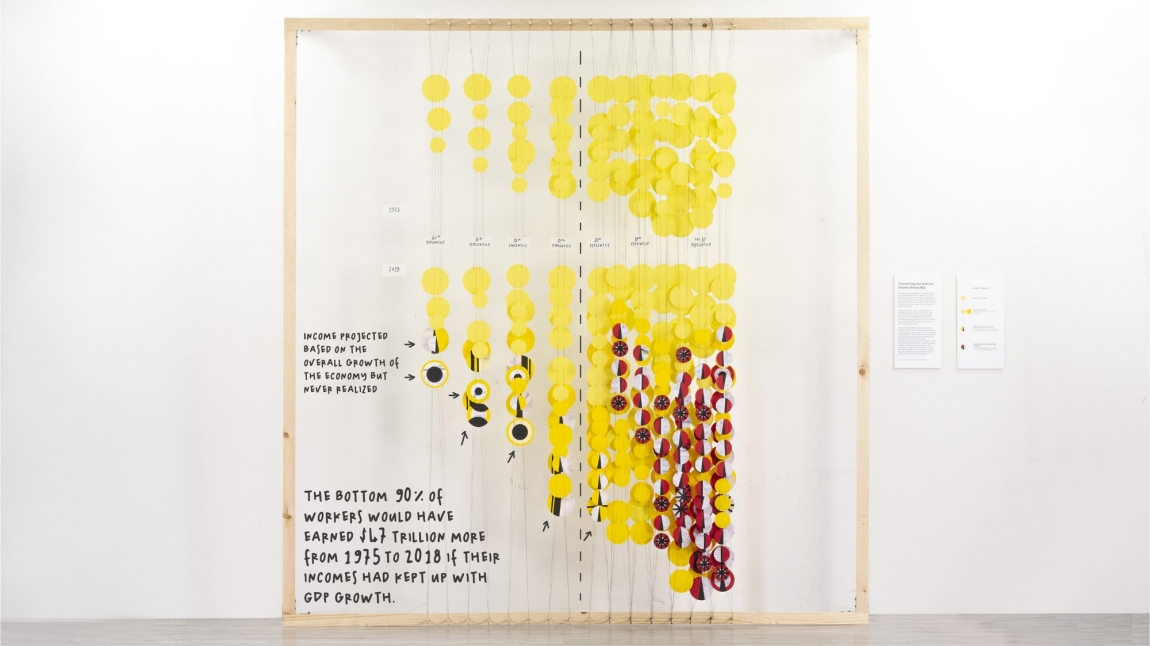 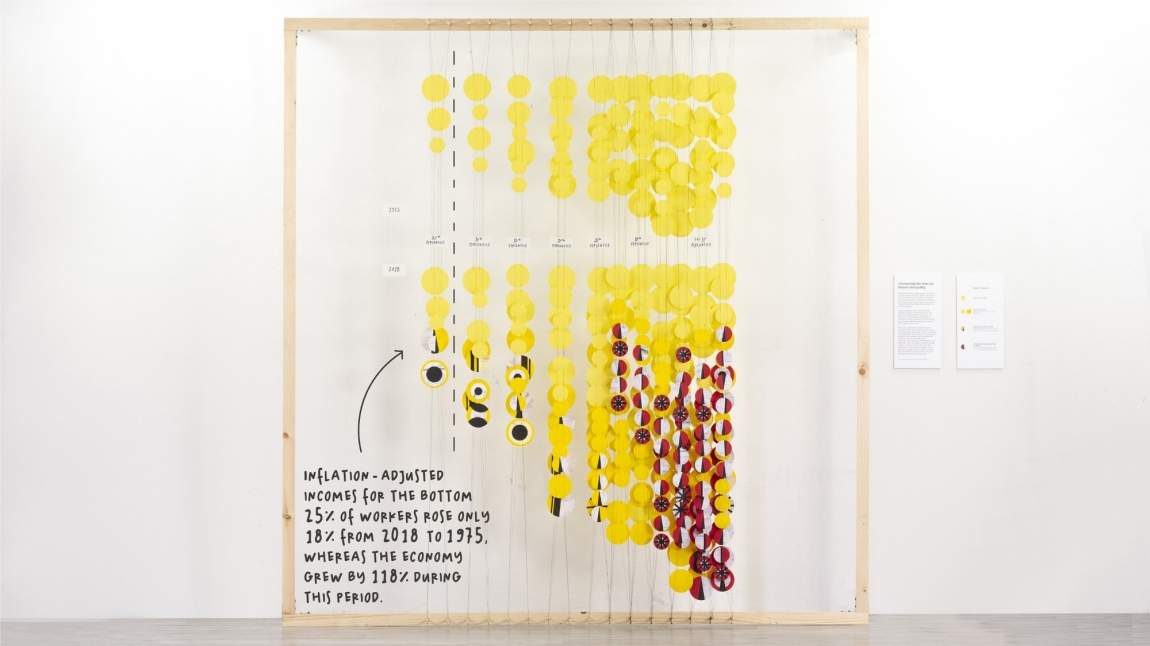 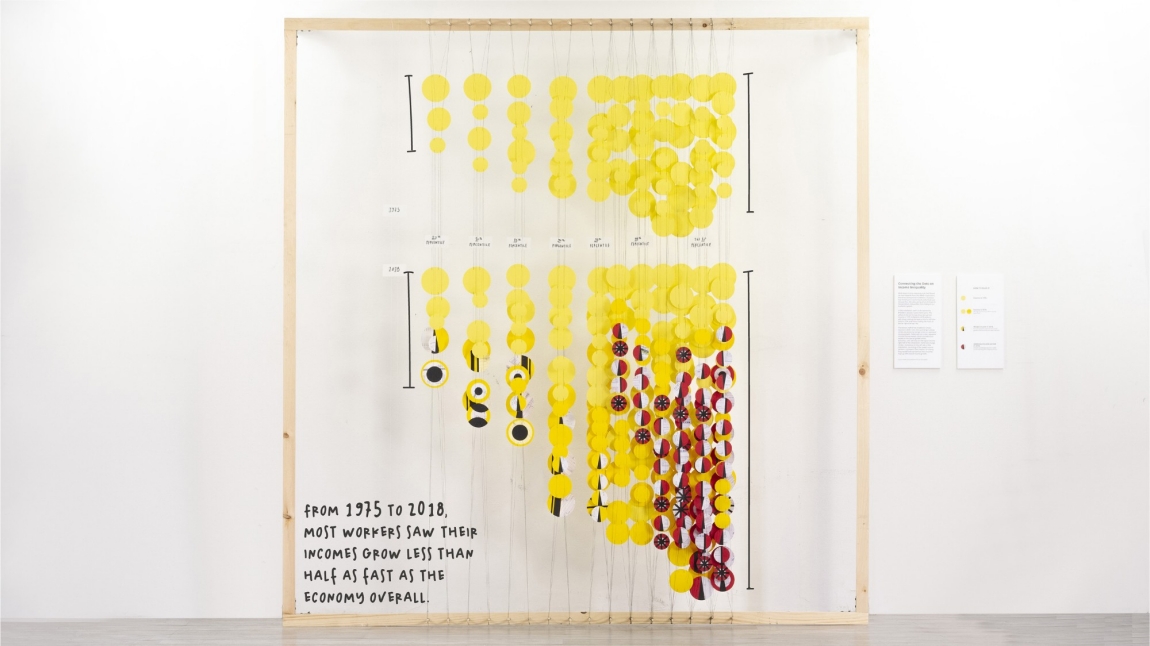 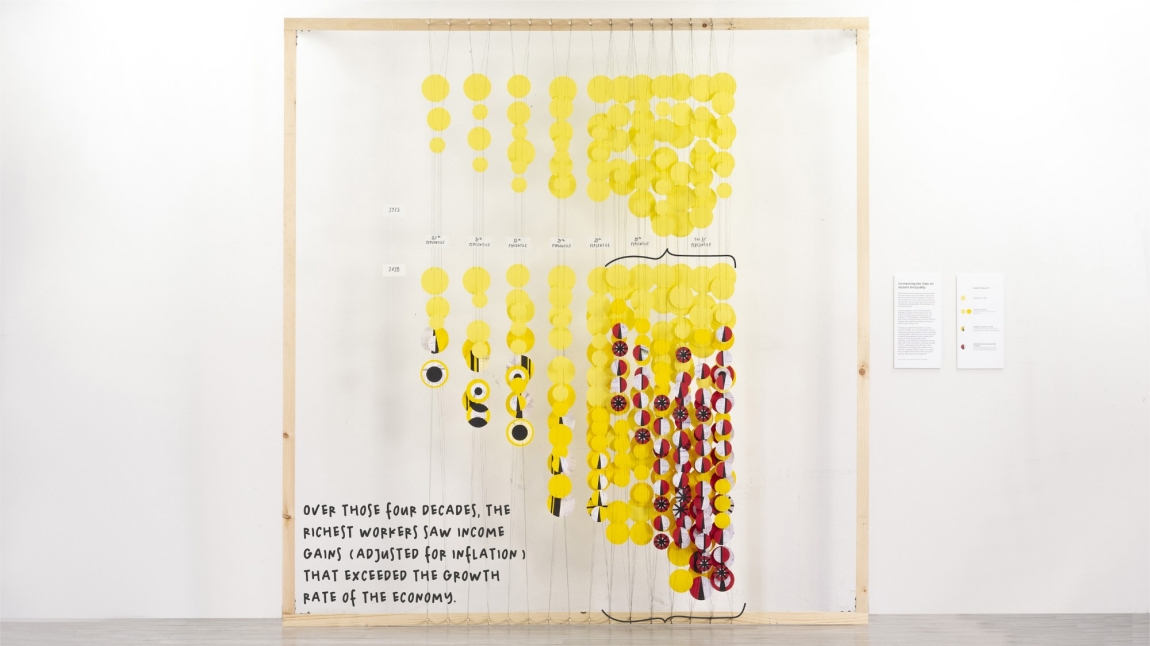 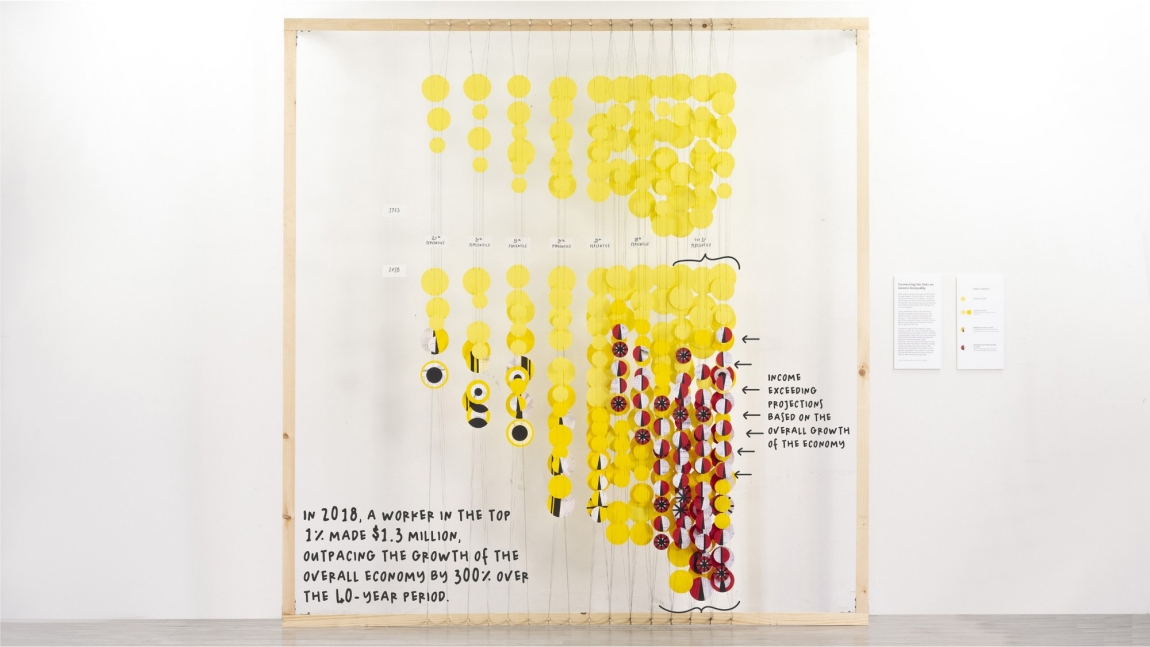 A Closer Look at the Creative Process

Giorgia Lupi's initial inspiration was to create a physical data visualization about income inequality—remaking in three-dimensional space one of the key graphs from RAND's study. The result is an almost sculpture-like installation that is not only beautiful, but encoded with real meaning.

As Lupi puts it, the installation “evokes the deeper societal ideas and meanings behind them. The use of repeated hanging circles indicates both individual dollars that constitute income, but also the individual people that the data represents. These are not aggregate numbers, but multitudes of real life workers who are feeling the effects of unequal economic growth.” 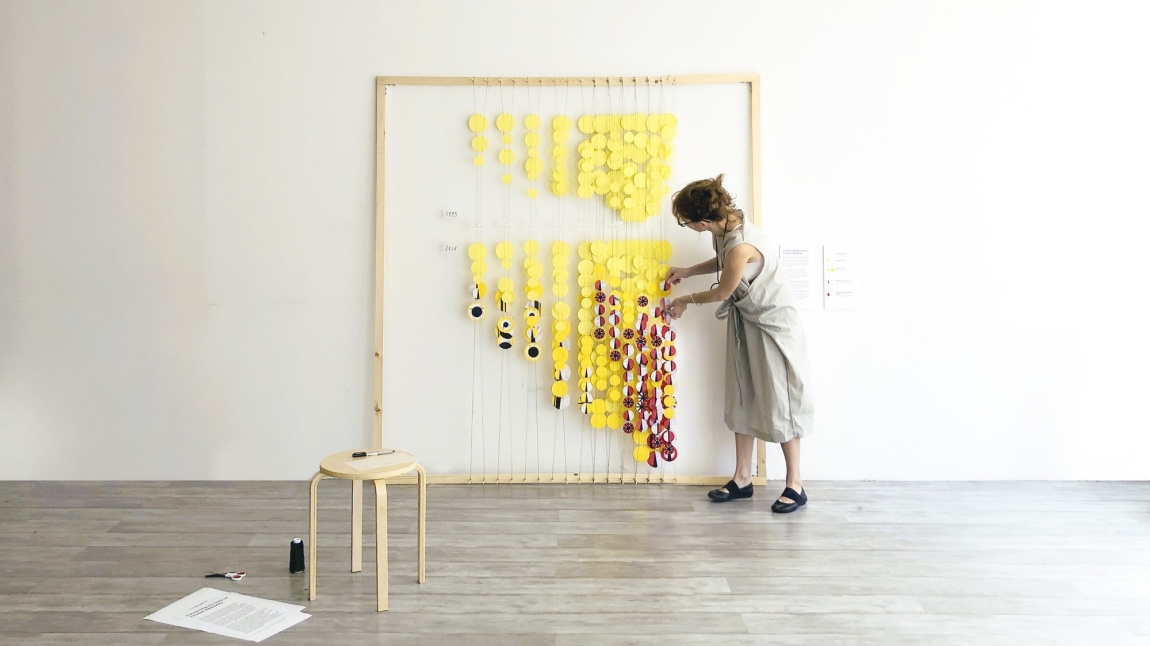 Lupi constructing the installation at a studio in New York City 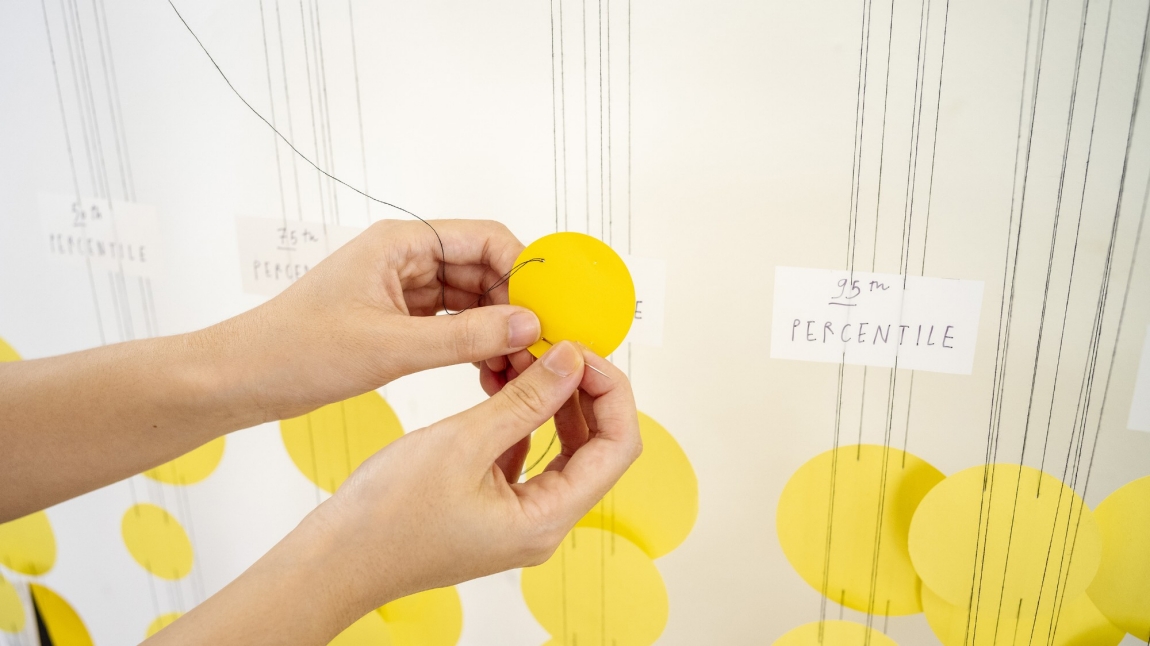 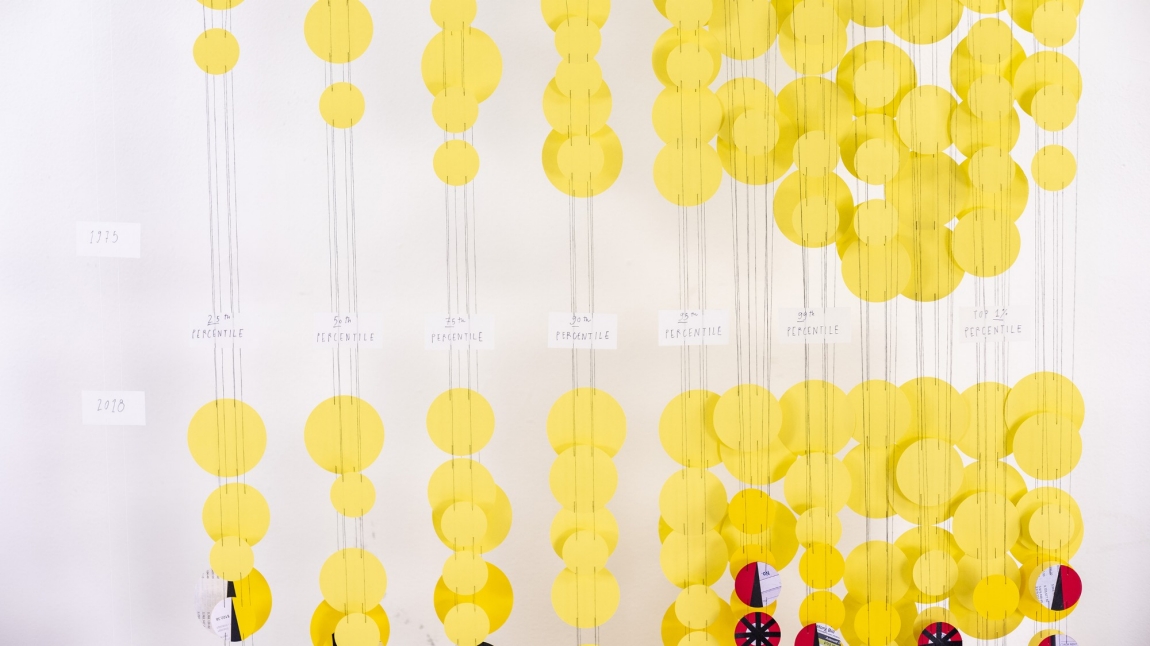 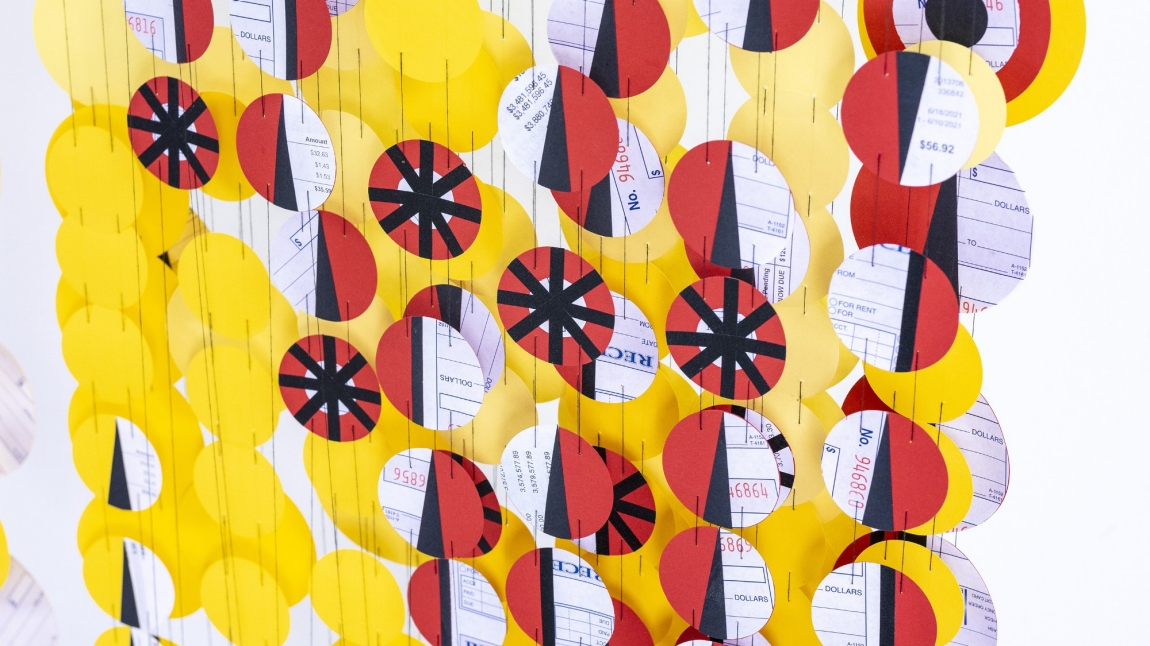 Cut-outs of checks, receipts, bank notes, and more illustrate the idea of what a healthy income can purchase—or what a stunted income cannot.

Insights from RAND on Income Inequality

What if income growth in America had stayed as equitable as it was in the three decades after World War II? When RAND researchers tackled this question, they found that, if the more-equitable income distributions of the past had persisted, then the cumulative income of the bottom 90 percent of U.S. adults would have been $47 trillion higher by 2018. And in 2018 alone, the bottom 90 percent would have earned $2.5 trillion more—a 67 percent increase. 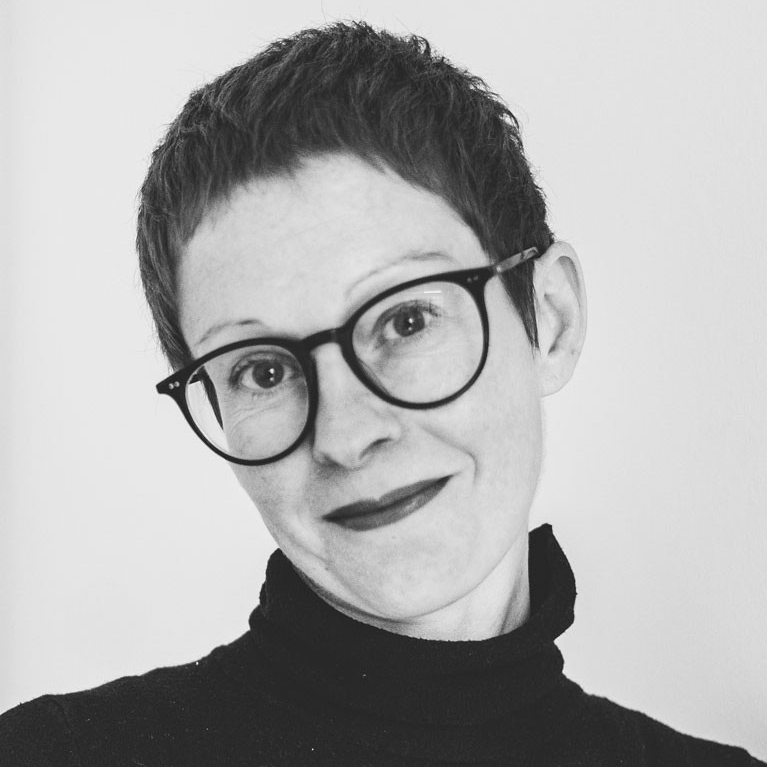 Giorgia Lupi is an information designer and partner at the international design consultancy Pentagram. In her practice, she challenges the impersonality of data, designing engaging visual narratives that reconnect numbers to what they stand for: stories, people, ideas.

Her work is part of the permanent collections of the Museum of Modern Art and the Cooper Hewitt Smithsonian Design Museum, and her TED talk on her humanistic approach to data has over one million views. She has published two books, Dear Data and Observe, Collect, Draw! A Visual Journal.