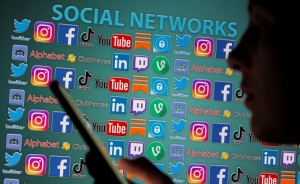 The recent surge of White supremacist and identity-based violence has focused federal, congressional, and private technology companies' attention on the role of the internet in encouraging, sustaining, and funding extremist movements. Despite substantial public interest, there remains a dearth of objective, policy-oriented research to inform the debate over how to design effective content moderation tools, how to promote community resiliency, and whether and how to regulate social media companies.

RAND has introduced a new framework for categorizing the online extremist ecosystem, exploring how extremist groups and movements historically have leveraged the internet to achieve specific operational objectives. AIF funding will support efforts by Heather Williams and Alexandra Evans to widely disseminate the findings and use the completed analysis to produce a new publication that outlines the implications for designing content moderation and counter-narrative tools. They will disseminate the work through commentary, media interviews, and direct engagement with community organizations, policymakers, and relevant offices at social media companies. They will also develop briefing materials that can be presented at large law enforcement or terrorism conferences. By deepening understanding of the inspiration and influence of identity-based violent communities, the team aims to help inform the design and execution of programs to counter, disrupt, or contain extremist activity online and prevent racial, ethnic, and gender-based violence.

Help Us Reach Our Goal