Message from the RAA President 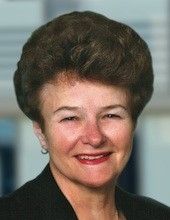 It is with tremendous appreciation that I watched our inaugural Alumni Impact Fund meet and surpass its $100,000 goal earlier this year. More than 200 alumni made a gift, and the success of our first official campaign demonstrates that gifts of all sizes really do matter when we work together. It is so very gratifying to serve as president of this deeply committed and generous Alumni Association.

“Those who started during RAND's early days laid the foundation upon which colleagues joining later continued to build great things. Continuing that legacy requires a wider circle of supporters than ever before—particularly when it comes to the sustained and innovative efforts needed to translate research findings into real policy change. We won’t get there with traditional client funding alone. Investing ourselves in RAND’s people and ideas provides the seeds for future impact.”

This summer, researchers from throughout the organization submitted proposals for consideration. RAND’s president and CEO, Michael Rich, narrowed the submissions to those with the highest potential to make a difference and the strongest action plan for doing so. During the second week of October, every single contributor to the Alumni Impact Fund will be invited to participate in selecting the project(s) that would benefit most from the boost in visibility and availability that impact funds could provide.

Thank you again for your ongoing involvement and generosity. Michael and I look forward to sharing the results of the vote with you in late October.