Honoring the RAND HIE at 40

In June, RAND hosted a two-day celebration to mark the 40th anniversary of the RAND Health Insurance Experiment (HIE), the largest, most comprehensive, evidence-based health policy study in U.S. history. Colleagues on the HIE research team reunited with other RAND researchers and health policy experts to reflect on the landmark study and discuss how it transformed—and continues to impact—the health policy landscape.

Jeffrey Wasserman, vice president and director of RAND Health, kicked off the HIE reunion by welcoming the participants and introducing Michael Rich, president and CEO of RAND, who talked about the significance of the project and how it changed RAND. Their introductions were followed by a series of panel discussions on topics including insurance design and the use of care, the role of social experiments in solving society’s greatest challenges, and methodological innovations—all making reference back to the HIE and why it is still relevant today.

One of the event’s highlights was a conversation moderated by Chuck Phelps, provost emeritus of the University of Rochester who helped create the HIE, in which HIE team members shared stories from their time working on the project, talked about what the HIE meant both for them and for RAND, and spoke about what they are doing now.

As part of the reunion events, RAND hosted the Albert P. Williams Lecture on Health Policy, which commemorates the legacy of the late Al Williams, a distinguished researcher who helped make RAND Health a trusted source of research and analysis on how health services are used, delivered, and financed. Joseph Newhouse, who designed and directed the HIE and is currently the John D. MacArthur Professor of Health Policy and Management at Harvard University, delivered his second Al Williams Lecture—he gave the inaugural lecture in 2002—and talked about the role of private insurance plans in Medicare.

Reflections from the HIE Team

A number of researchers and members of the HIE team have shared their reflections on the study, which will be included in a special 40th anniversary HIE video. Here are some excerpts from these interviews. 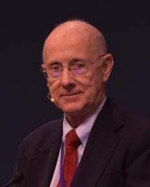 "Looking back, it was rather amazing to have started this. I was pretty much fresh out of graduate school when I first started to think about how to design an experiment. I was 28. I think I had a few colleagues at that time … but it was a very small group at the beginning, and as we got into the experiment of course it grew substantially.… I’m very grateful to the RAND management who gave me a chance to run this.… There was a lot of support from RAND to actually pull this off that I certainly needed, though it took a village.” 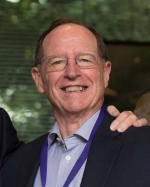 “The idea of social experimentation was just beginning. So, it was exciting to get in on the ground floor.… What also made it exciting was really the first class team of researchers.… The personal satisfaction was getting data and data structure into the hands of an analyst, whose eyes lit up and said ‘I can make progress with this. I can use this.’ And that was my job, aside from making sure that the participants didn’t quit and we didn’t do anything disastrous to people. My job was to make sure we got data back to the analysts that they could use.” 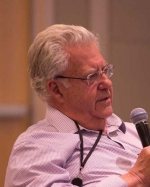 “There were almost no places in the country where clinicians, and sociologists, and economists worked together. The vision of Tom Rockwell and the presidents of RAND was really a vision of interdisciplinary research. It not only tolerated but insisted that most projects at RAND, including the Health Insurance Experiment, involved people that thought differently.… That was the great legacy of the Health Insurance Experiment … it fundamentally changed the way we think about health services research. It’s the reason I came to RAND.” 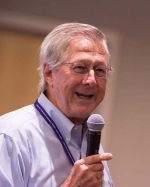 “To bet so much on health care from the patient point of view, that was very much before its time. Then, the survey methodology that we adopted in order to make it practical to do that was a gross departure from the state of the science at that time.… I say that RAND was kind of like the Disneyland of health policy research, where you have an all-day pass and you go to a meeting and you actually learn something because everybody around the table has something to contribute.”