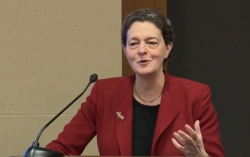 In January, Debra Knopman briefed an audience of more than 50 congressional staffers on financing for U.S. transportation and water infrastructure. The discussion was based on topics covered in the recent report, Not Everything Is Broken. Knopman provided an overview of trends in funding and finance, and the difficulties of needs assessments. She used an example of structurally deficient bridges by county to explain how needs assessments can be misleading; while some areas, particularly in the Midwest, have many bridges that need repair, many areas in the United States are up to date on maintenance. She concluded with options for Congress to consider in a large infrastructure bill, including targeting long-term priorities to produce significant national benefits, prioritizing maintenance of federal assets, making resiliency a condition for capital spending, and streamlining the regulatory review process among multiple federal agencies to foster efficiency.

Exploring the Economic Implications of Brexit 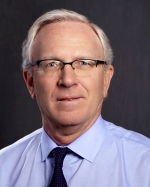 In December, RAND held events in London, Brussels, and Washington, D.C. to mark the release of After Brexit, a joint study conducted by RAND Europe and the RAND National Security Research Division with RAND Ventures funding. The research team explored the economic implications of eight different trade scenarios involving the United Kingdom (UK), European Union (EU), and U.S. after Brexit. The report makes clear that the UK is likely to be economically worse-off outside of the EU under the most probable post-Brexit trade scenarios, particularly if the UK leaves the EU with no trade deal. The team also developed an online calculator that allows users to explore the effects of the study scenarios in more detail. The report has received media coverage in outlets including The Economist, The Guardian, The Times of London, and BBC Radio 4. Coauthors Charles Ries and Marco Hafner have briefed officials at the European Commission and addressed questions about the study’s findings from members of the British Parliament. C-SPAN covered the Washington, D.C. event at the Woodrow Wilson International Center for Scholars.

At the beginning of each year, Michael Rich pauses to reflect on RAND’s impact in the past year. His thoughts are published in the Year in Review, which highlights projects in which RAND research and analysis is being used to help individuals, communities, and nations be safer and more secure, healthier and more prosperous. These projects are making a difference in people's lives, breaking through assumptions and uncertainties to demonstrate the power of facts, helping policymakers transcend political gridlock, and strengthening national security. The Year in Review also highlights several areas in which RAND research and analysis is poised to make an impact in the year ahead. 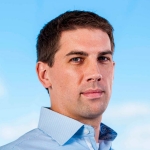 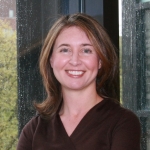 Augustine is a senior policy researcher whose recent work has focused on improving educational outcomes. She has been the quality assurance manager for RAND Education and previously managed the Behavioral and Health Sciences Group.

She is currently co-leading a study of five urban districts’summer learning programs, building on a portfolio of summer learning research that has had a substantial impact on school districts, garnered extensive media and policymaker attention, and has been called the “gold standard” for planning summer learning programs. Augustine is also leading a randomized controlled trial of restorative practices for the U.S. Department of Justice and Pittsburgh Public Schools. She is a frequent local speaker and has been featured in local media, and is well positioned to help RAND continue developing local relationships.

Burger is a senior economist, associate director of RAND Labor and Population, and director of the Center for Research and Policy in International Development, with research spanning international development and environmental economics. He has served on the Future Workspace steering committee and on the faculty of the Pardee RAND Graduate School. He was previously associate director of the Economics, Sociology, and Statistics Department. In his international development research, Berger has worked closely with the Kurdistan Regional Government to develop and implement improved data collection and investment decision systems. He has also examined private-sector growth constraints on health care in sub-Saharan Africa, community-driven development in Indonesia, and innovative affordable housing models in India. His energy and environment research has included climate change policy design, renewable energy cost estimation, migration responses to climate change, evaluation of programs designed to reduce environmental impact, and analysis for the U.S. Department of Energy’s first Quadrennial Energy Review.

In November, Graham Allison—scholar, author, and RAND alum—visited RAND’s Santa Monica office to discuss his latest book, Destined for War: Can America and China Escape Thucydides’s Trap? Allison, who is currently the Douglas Dillon Professor of Government at Harvard University, spoke about the dynamic between China as a rising superpower and the United States, the status quo world power. Allison quoted Thucydides, a Greek historian from the 5th century B.C. known for recounting the war between Sparta and Athens, as he speculated about the conceivable result of the China-U.S. rivalry: “It was the rise of Athens and the fear that this instilled in Sparta that made war inevitable.” He argued that escaping the destiny posited by Thucydides is not impossible.

Allison began his career at RAND, where his work informed his 1971 book about the Cuban Missile Crisis, Essence of Decision. As Assistant Secretary of Defense during the Clinton administration, he received the U.S. Department of Defense’s highest civilian award, the Defense Medal for Distinguished Public Service, for “reshaping relations with Russia, Ukraine, Belarus, and Kazakhstan to reduce the former Soviet nuclear arsenal.”