In Remembrance: Paul A. Volcker and Marion Weihe 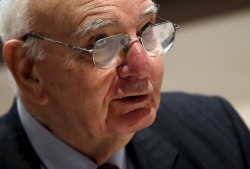 Paul A. Volcker, the legendary former chairman of the Federal Reserve who became a strong national advocate for public service, passed away on December 8, 2019. He was a generous supporter of RAND and served on the RAND Board of Trustees from 1993 to 2000.

“Paul Volcker regarded public service as an essential profession, and he devoted much energy to revitalizing it,” said Michael D. Rich, president and chief executive officer of RAND. “His honesty and integrity also served him and our nation well during fiscally perilous times.” 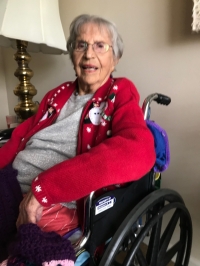 Marion Weihe, who worked at RAND for more than two decades, passed away in mid-December. She had recently celebrated her 100th birthday. RAA president Natalie Crawford visited with Weihe before her passing and helped mark the milestone occasion with her. Weihe joined RAND in 1949 and held administrative roles in departments including Corporate Research, Logistics, and Social Science before retiring in 1975. She was married to alumnus Cecil Weihe, a personnel manager at RAND who died in 1977. She is survived by two brothers, including RAND alumnus Harold Luebke.

We recall fondly our colleagues who've passed away in 2019. You can read tributes to our alumni in the members-only In Remembrance section of our website. 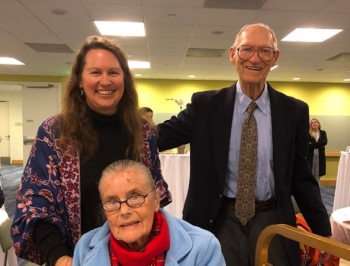 The Santa Monica Public Library recently hosted a reception in honor of two RAND alumni, Santa Monica residents Barry and Sharla Boehm. The Boehms donated $60,000 to assist the library in digitizing the city's telephone directories, which date back to 1896. The event celebrated their generosity and marked a major personal milestone—Sharla's 90th birthday.

Sharla is a longtime supporter of the Santa Monica Public Library. She served on the library's board from 1989 to 1998 and served as treasurer for the Friends of the Santa Monica Public Library for fourteen years. She joined RAND in 1959 and with Paul Baran carried out pioneering work on what became packet switching, key to the development of the internet. Barry worked at RAND from 1959 to 1973, culminating as head of the Information Sciences department.

On December 17, Brad Stein testified before the Senate Judiciary Committee on the U.S. opioid crisis and the application of an integrated systems-based approach to address the issue. In his testimony, Stein explained that policymakers should think of the opioid crisis as an ecosystem and consider how its many parts interact—especially in unexpected ways. He said that there has been substantial progress in efforts to decrease access to opioid pain pills and to improve access to treatment for individuals with opioid-use disorder but that the efforts must be sustained and expanded holistically. He emphasized the potentially important short- and long-term benefits of broadening responses to better align and integrate systems that are not often considered central to the crisis.