The late Charles Wolf, Jr. was an economist who spent more than 60 years at RAND and was the founding dean of what is now the Pardee RAND Graduate School. He and his late wife, Theresa, were longtime philanthropic supporters of the school and its students. They supported RAND and Pardee RAND, in part, through the Legacy Society, a group of donors who have included the organization in their estate plans. Their $1 million bequest will help Pardee RAND attract top students and reimagine what it takes to develop good policy in the 21st century.

Tim Wolf, son of Charles and Theresa, plans to carry on the family commitment, whether that means promoting RAND or ensuring its graduate school can continue to fulfill his father's vision. 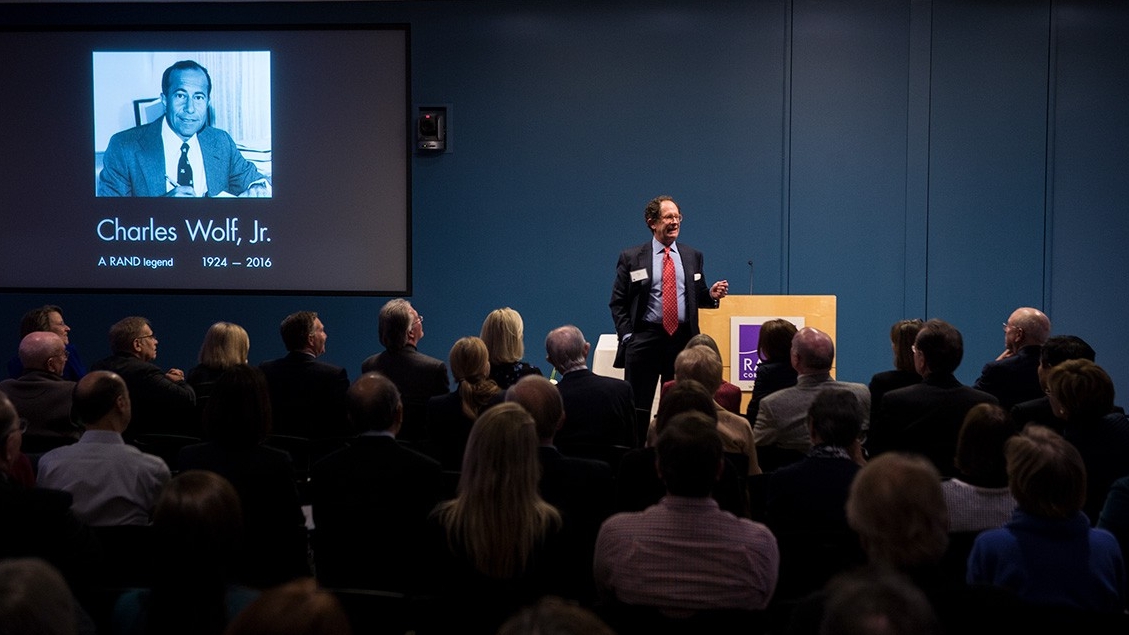 Tim Wolf talks about his father at a memorial at RAND's headquarters in Santa Monica, January 26, 2017

“I want to stay connected because the research ventures and innovations that RAND pursues are significant,” said Tim Wolf, president of the investment firm Wolf Interests and former chief integration officer of MillerCoors Brewing Company.

“RAND and Pardee RAND were important to my father, and I think we'll all agree they continue to be important,” he said.