Two RAND alumni who made significant contributions to RAND's drug policy research passed away in June. It is with a heavy heart that we share that Martin Iguchi passed away on June 5 and Barbara Williams passed away on June 26, each following a lengthy illness. Iguchi served as codirector of the RAND Drug Policy Research Center from 1997 to 2004; Williams cofounded the center with Peter Reuter in 1989 and served as its inaugural codirector.

Martin Iguchi, who first joined RAND in 1997, was a senior behavioral scientist in the Santa Monica office and senior advisor for special projects at the Pardee RAND Graduate School. He transitioned to an adjunct staff role in 2004 as he took on faculty and leadership positions at UCLA and Georgetown University, including serving as dean of Georgetown's School of Nursing and Health Services. 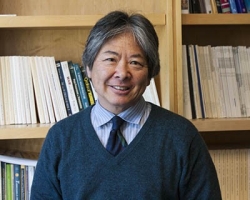 In 2015, Iguchi returned to RAND as a regular staff member. He made significant contributions to research on drug treatment and policy, particularly for vulnerable and underrepresented populations. His work also focused on mental health and quality of life issues, and on improving health services for those living with HIV/AIDS.

In 2018, Iguchi began supporting the Pardee RAND Graduate School. He assisted with the curriculum redesign efforts, moving in recent years to become a full Pardee RAND staff member. He was instrumental in the establishment of the school's new Community-Partnered Policy and Action academic stream and in the school's recent re-accreditation.

Iguchi will be remembered for his dedication to his work and his exceptional mentorship to students and staff throughout his career at RAND. In keeping with his wishes, his family has indicated that memorial contributions can be made to the RAND Center to Advance Racial Equity Policy at www.rand.org/iguchi.

Barbara Williams, a social scientist and an adjunct staff member at the time of her passing, was a trailblazer at RAND. Over her 50-year RAND career, she became the first woman to direct a research division and a research department, to serve as vice president, and to receive an honorary degree from the Pardee RAND Graduate School. 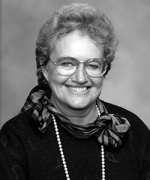 Williams joined RAND in the Santa Monica office on a contract basis in 1970 and transitioned to a full-time researcher role in 1971. She played a critical role in RAND's expansion of its social and economic policy work. Her early research included an exploratory analysis of urban policy challenges and solutions, a foundational project of RAND's Urban Policy Analysis Program.

Her vision and the energy she invested on behalf of RAND's social and economic policy research helped assert RAND's reputation as a trusted source of research and analysis in these critical policy areas. Williams will be remembered for her wit, humor, and intellectual contributions, which made her a treasured colleague and an ideal RAND ambassador. Her family put together a timeline of her milestones at https://everloved.com/life-of/barbara-ruth-williams/timeline/.

We recall fondly all of our colleagues who have passed away in 2021. You can read tributes to our alumni in the members-only In Remembrance section of our website.