A Tradition of Service: Q&A with Two RAND Veterans

Jonathan Wong was about to graduate from boot camp as a U.S. Marine on the morning of Sept. 11, 2001. Joslyn Fleming was a midshipman at the U.S. Naval Academy.

In the years that followed, Wong deployed twice to Iraq—first as a reservist sent in with the initial invasion, later as an officer—and served another tour on a ship off Japan. Fleming also landed in Iraq with the Marines, where she led combat resupply missions, then served in Africa on the ship that rescued Richard Phillips, the captured mariner better known as Captain Phillips. She's now a lieutenant colonel in the Marine Corps Reserves.

Both later came to Washington, D.C.—Fleming as a legislative aide for the Marines, Wong as a workforce planner—and both came to see policy work as another way to serve. Fleming joined RAND as a defense policy researcher in 2014. That same year, Wong arrived as a student at the Pardee RAND Graduate School. He now also works as a researcher at RAND with a focus on defense policy.

They discuss their time in uniform, what inspired them to become Marines and—later—researchers, and how their military service guides the work they do at RAND, in this RAND Review Q&A. 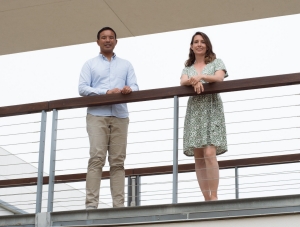