RAND president and CEO Michael D. Rich recently announced that he will retire in 2022. Rich, who became RAND's fifth president in 2011, began his RAND career as a summer intern in 1975 and went on to hold a number of senior leadership positions.

Since Rich became president, RAND has seen annual revenues grow from $250 million to more than $350 million, raised more than $200 million in philanthropic gifts as part of the Tomorrow Demands Today campaign, and tackled such policy challenges as health care costs, international security, the COVID-19 pandemic, and gun policy in America. He has personally co-led research efforts to address Truth Decay—the diminishing role of facts and analysis in American public life.

Michael Leiter, chair of the RAND Board of Trustees and former director of the National Counterterrorism Center, is leading the search committee for Rich's successor. 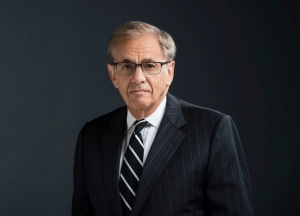