The Four Defensive Measures Against Terrorism 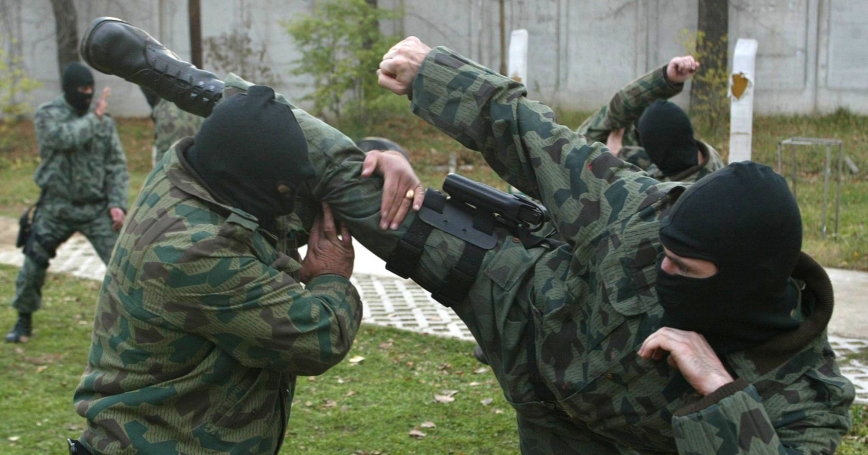 Attacks may seem remote from Sofia but we are ready

Terrorist bombings in Madrid, Istanbul and Moscow. Terrorist plots discovered in London. Airliners sabotaged. Bloody hostage incidents in Russia. Kidnappings in Iraq. From Baghdad to Beslan, daily headlines make it clear that we confront a new array of threats. Many governments are ill-prepared.

Today's terrorists kill in quantity and kill indiscriminately — there are no bystanders. They continue to be fascinated with unconventional weapons — anthrax, ricin, and radiological material. They are redefining national security.

From Sofia, these must seem like distant dark clouds. Due to the country's religious tolerance and lack of ethnic tensions, Bulgaria has escaped the armed conflicts of its neighbors, but no country can claim immunity. Bulgaria's membership in NATO and its participation in Iraq expose it to new dangers, as demonstrated by the tragic kidnappings and murder of Bulgarian nationals in Iraq.

Instead of the large hierarchical organizations that were the targets of intelligence during the Cold War, or the mythical centrally directed conspiracies of James Bond novels, today's enemies are dynamic, unpredictable, diverse, fluid, networked and constantly evolving. They are global and local at the same time. They do not fit our current organizations.

Although there have been intelligence successes, spectacular intelligence failures are currently under review in America, the United Kingdom and Russia — the three largest intelligence services in the world. Even Israel's fabled intelligence apparatus cannot halt the campaign of suicide bombings directed against that country.

The threat of terrorism obliges us to devote more resources to physical security. But terrorists can attack anything, anywhere, any time while we lack the resources to protect everything, everywhere and all the time. There will always be vulnerabilities.

Physical security measures cost the most and their effectiveness is hard to measure.

Physical security measures cost the most and their effectiveness is hard to measure. How do we know how much security is enough when our only criterion is the absence of an attack? And security measures can disrupt the economy. Our goal cannot be to create a neo-Medieval “security state” that stifles the movement of people, goods, and ideas. We cannot banish all risk.

Despite intelligence efforts and security, attacks may still occur — anywhere, which is why governments must have in place effective response measures. These comprise many things: specialized units to deal with hostage situations, preventing the kind of chaotic massacre witnessed in Beslan; technical teams; emergency medical personnel; plans to deal with rescue, evacuation, decontamination, or quarantine.

Above all, it means having in place a crisis management structure and procedures. At stake in all terrorist crises is the perception of government competence. To respond well reduces public alarm and panicky demands for extreme measures that may imperil democracy. A poor response increases public alarm and erodes confidence in government.

Frightening the public with warnings but no specific instructions only increases anxiety.

Terrorism is violence aimed at the people watching. Combating terrorism means not only trying to prevent terrorist attacks, but also reducing the terror these create. That can be achieved by actively involving the public. People cannot be permitted to be passive observers or vicarious victims of terror. Frightening the public with warnings but no specific instructions only increases anxiety.

People can be instructed about how they are targets of terror's psychological effects. They can be informed of the actual as opposed to imagined risks. The public can be enlisted in surveillance. Authorities in the United Kingdom, which suffered 25 years of IRA terrorism, are confident they will be quickly informed of suspicious objects or activities. Children and adults can be educated about ordinary measures to take in case of man-made or natural disasters.

In some Scandinavian countries, every adult member of the community is assigned a role in civil defense. Even if never called upon, having a useful role reduces anxiety.

The ultimate protection against terrorism depends not on the thickness of concrete barriers or the severity of the penal code. It depends on the individual and collective courage of the entire population. We may have to live with terrorism, but we do not have to live in terror.

A decorated combat veteran of the U.S. Army's elite Special Forces, Brian Jenkins is often described as the dean of America's research on terrorism. He has served as an advisor to the U.S. Department of State and Defense and other government agencies. In 1996, President Clinton appointed Jenkins as a member of the White House Commission on Aviation Security. Jenkins currently serves as Senior Advisor to the President of the RAND Corporation, America's premier “think tank”, as Special Adviser to the International Chamber of Commerce and as Director of the Minetal Institute's National Transportation Security Center. In April, the U.S. Secretary of the Army appointed Jenkins to serve with the Army Sciences Board.

This commentary originally appeared in 24 Chasa on September 24, 2004. Commentary gives RAND researchers a platform to convey insights based on their professional expertise and often on their peer-reviewed research and analysis.