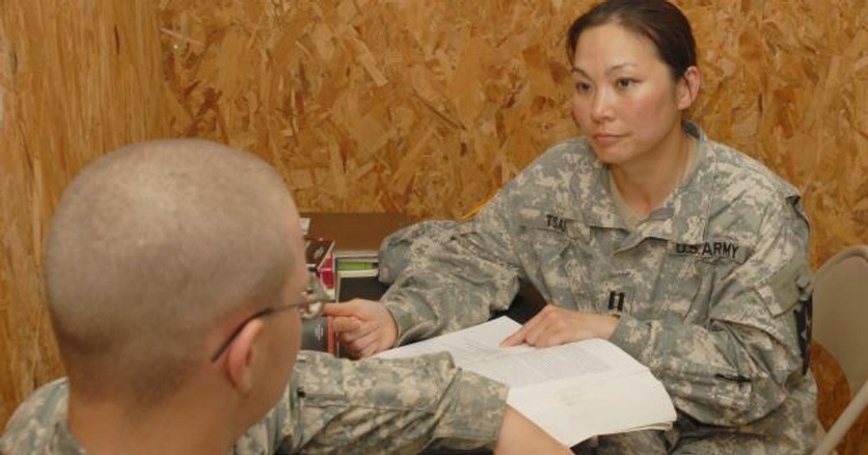 As U.S. servicemen and women are honored this Memorial Day, we should not forget those who died by their own hands rather than by their enemy's. There's no better way to honor the men and women who have died by suicide — and the families and friends they left behind — than to ensure that the country is doing all it can to avoid future premature deaths.

Almost daily, we read in the newspapers about the tragic loss of promising young men and women, but many more suicides undoubtedly go undetected or unreported.

The suicide rate among active members of the U.S. military has historically been lower than the rate for comparable civilians. But the gap is narrowing, primarily because of the number of suicides within the Army. In 2001, the rate of suicides among active members in the U.S. military was 10.3 per 100,000, vs. 19.1 for comparable civilians — chiefly young men — nationally. The civilian rate has been fairly steady in the decade since. But the military rate had climbed to 16.3 as of 2008, the most recent year for which figures are publicly available. Unreleased data suggest the gap has continued to narrow.

And recent media reports show that suicide is a growing problem among Iraq and Afghanistan veterans after they separate from the military. Monitoring and preventing suicide among individuals after they leave the military is often challenging. The Army Times reported in April 2010 that there are an average of 950 suicide attempts each month by veterans who are receiving some type of treatment from the Department of Veterans Affairs. We do not, however, know about suicides among those who have yet to seek care within the VA. Earlier this month, a federal appeals court — noting a major concern over the number of veterans who commit suicide — ordered the VA to radically overhaul its mental health care system.

For active-duty members, the Department of Defense, as well as each of the services, has a number of policies and programs in place to help care for service members in need and for those at risk of suicide. But these should be strengthened. New RAND research compared best practices in suicide prevention in the civilian community to the policies and programs within the Department of Defense, and it concludes that little would help troubled service members more than creating access to high-quality behavioral health care when they come forward to receive help.

This is a tall order. It means increasing awareness about mental health problems and effective treatments among general health care providers, and also arming behavioral health care providers with specific strategies for recognizing individuals at risk for suicide and managing this risk. This should include all behavioral health providers — psychiatrists, psychologists, social workers, counselors, even chaplains — to whom many service members turn, in part for their ability to provide confidential care. Not only would the delivery of quality behavioral care prevent suicides, but it would also aid in the recovery of the nearly 20 percent of service members with post-traumatic stress disorder or depression.

But, while it's critical, delivering quality care to those in need isn't enough. Service members are often uncomfortable seeking out formal help. Many are concerned about the impact that seeking care may have on their professional careers, have misperceptions that behavioral health care is ineffective, or worry about the potential side-effects of medications.

These concerns are different from those found among civilians, who are more concerned about logistical barriers, such as how to find a provider or pay for care. For our military service members and veterans, free care is available through multiple sources — yet not all of those in need avail themselves of these resources.

The Department of Defense needs policies specifically designed to address these issues and to encourage those who need care to seek it. It should consider not only continuing, but bolstering, its screening and outreach programs to ensure that those at high risk are identified early and referred to appropriate resources and support.

A growing body of scientific evidence suggests that restricting access to lethal means — from more careful weapons storage to the way potentially deadly medications are packaged — can prevent suicides. While this poses obvious challenges in a military setting, various foreign militaries, such as Israel's, and local law enforcement agencies, like New York City's, have undertaken such policies as part of their overall suicide prevention programs.

Just as important is a proper response to suicides and suicide attempts when they occur. Americans must talk about those who have died, mourn their loss, and provide support to the family and friends left behind. A small but significant proportion of suicides occur in clusters, and knowing someone who has died by suicide can increase the chance that those already vulnerable will attempt to take their own life.

In trying to understand why a victim chose to commit suicide, we must guard against simple explanations or blaming family members, colleagues or commanders. We must choose our words and the ways by which we commemorate the loss carefully.

Over the past several months, we have begun to understand the real burden of military suicide, as the United States has started to track suicide among reservists, National Guard members, those who deployed but have since separated from military service and the relatives of service members.

The strain on the military and their families is unparalleled in our history. While they all recognize that their duty involves risking their lives, it should not be at their own hands. Suicide can be prevented, and we all can play a role in suicide prevention.

Rajeev Ramchand is a behavioral scientist at the RAND Corporation, a nonprofit institution that helps improve policy and decision-making through research and analysis.

This commentary originally appeared in Newsday on May 29, 2011. Commentary gives RAND researchers a platform to convey insights based on their professional expertise and often on their peer-reviewed research and analysis.