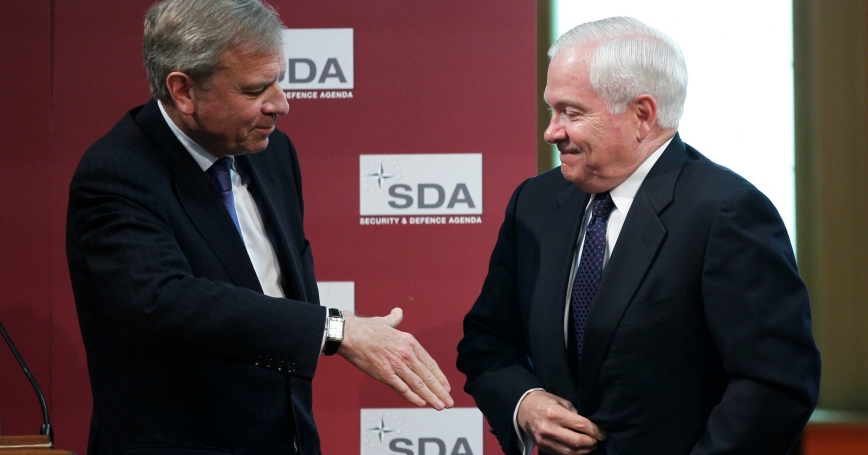 The euphoria with which the United States initially greeted the news of Osama bin Laden's death caused discomfort to many Europeans. However, the uneasiness was not only about celebrating the death of a man — albeit America's and arguably Europe's worst enemy. It also touched on a fear that America could now consider its mission accomplished and lean towards a more isolationist approach to foreign policy — one that elements in both of America's major parties, the Republicans and the Democrats, defend today.

This uneasiness may seem paradoxical, considering the criticism that the previous US Administration faced over its omnipresence in world affairs and use of military force. Yet it demonstrates the persistence of a historical reality: While Europeans dislike a ubiquitous America which is always ready to prove its power, they seem to dislike an isolationist America even more. For historical reasons, Europeans know better than anyone the potentially disastrous consequences of an American withdrawal from world affairs. In addition — and perhaps from a more practical point of view — European countries have largely relied on US security guarantees even after the end of the Cold War. They have not had the incentive or the motivation to implement a common and coherent defence policy at the regional level as a result.

Europe's reliance on NATO and reluctance to make military and financial commitments to the organization have been the source of much frustration in the United States.

In a recent speech, former US Secretary of Defence Robert Gates provided Europeans with a resounding warning: America's commitment to transatlantic security will not be eternal, especially if the European countries' tendency to free-ride persists. That the United States would use the symbol of bin Laden's death as a pretext to reduce their commitment to and their presence in international affairs would not be surprising in this context. The real question lies in the policy response that European countries will adopt in order to redefine the terms of engagement with their historical — and arguably their most natural — ally. The effort required on the part of European countries is not merely military. Recent operations in Libya suggest that European countries have the ability to undertake concerted efforts, which can include a significant military component, and engage with the United States on an ad hoc basis. In fact, if a stalemate — which would bring the transatlantic alliance one step closer to a drift into irrelevance — is still very much possible, it is not because they are not powerful enough from a military standpoint. It is because the United States and its European counterparts lack a common long-term strategy that would allow them to better coordinate and promote more efficient action in the military realm and beyond.

Indeed, it seems that the transatlantic relation would gain from greater political consistency and leadership. If they make every effort to engage in more active partnership and not appear as a troubled continent lacking strong leadership, European countries will find themselves in a unique position to redefine the purpose of the alliance in important ways. One would regard security issues, such as Afghanistan, Libya and Syria. The other would concern broader international and pressing questions, such as the new design of the international financial system and climate negotiations.

Europe's stability is not threatened by the Soviet Union or by a crisis in the Balkans anymore. As a result, it is not associated with the United States' most immediate interests as it once was. European efforts to redefine the purpose of the relationship are therefore all the more crucial so that the push for the alliance's new international framework will not have to come from the United States, which is focused on pressing domestic issues at the moment. Indeed, such a framework and stronger European leadership might help the continent find its way out of the institutional crisis it is currently going through.

Jeremy Ghez is a Paris-based research fellow at RAND Europe, an independent not-for-profit research institution that helps improve policy and decision-making through research and analysis. RAND Europe is part of the global RAND Corporation. Ghez, a graduate of the Pardee RAND Graduate School, is also an affiliate professor of economics and international affairs at HEC Paris.

This commentary originally appeared in The European Magazine on August 1, 2011. Commentary gives RAND researchers a platform to convey insights based on their professional expertise and often on their peer-reviewed research and analysis.