The Case for Keeping U.S. Troops in Northern Iraq 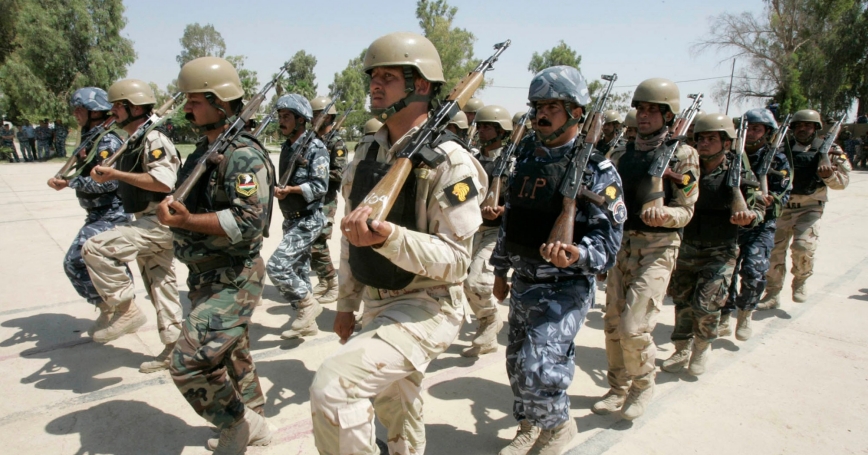 Iraqi soldiers, policemen, and Kurdish Peshmerga troops, a mixed squad put together to secure disputed areas in the north of the Iraqi capital, stand at attention during a parade, June 20, 2011

By the time U.S. troops leave Iraq as planned by the end of the year, the United States will have largely succeeded in helping Iraq become sovereign, stable and self-reliant. The Iraqi government will struggle to manage its internal divisions and resolve outstanding constitutional and legal questions. But the country's nascent political structures will likely remain intact.

One unresolved issue, however, threatens to plunge Iraq into chaos and reverse years of progress: An escalation of tensions between Arab and Kurdish communities in northern Iraq.

These tensions are fueled by disputes over land, resources, governance, security and property. They could lead to armed conflict between tens of thousands of Iraqi Army troops and Kurdish peshmerga fighters....

Larry Hanauer is a senior international policy analyst at the RAND Corporation, a non-profit institution that helps improve policy and decision-making through research and analysis. He is the lead author of a recent RAND publication, Managing Arab-Kurd Tensions in Northern Iraq After the Withdrawal of U.S. Troops.

This commentary originally appeared on CNN on August 3, 2011. Commentary gives RAND researchers a platform to convey insights based on their professional expertise and often on their peer-reviewed research and analysis.