A System Under Strain 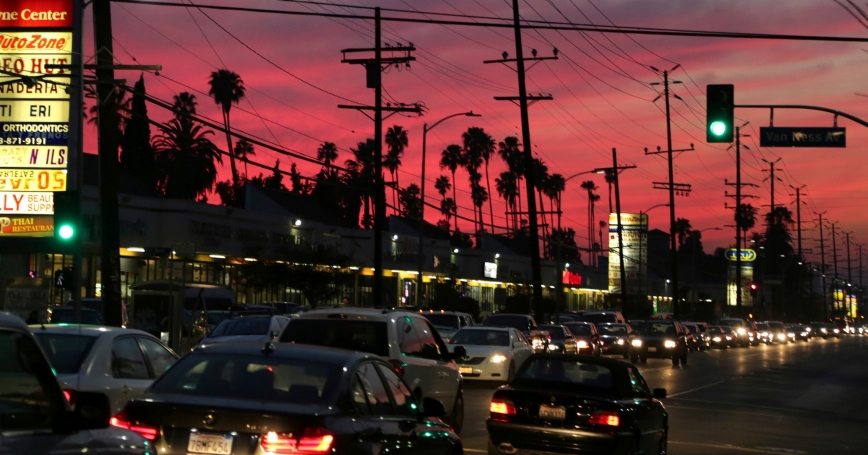 Two of the most pressing challenges facing the U.S. are increasing congestion and under-investment in transportation infrastructure. For the past several decades, demand has outpaced the capacity of the surface transportation system, and population growth and the increased globalization of the economy further strain the system. The problems have many dimensions and solutions will come in a multiplicity of forms, including technology.

The flows of people and goods on our transportation system are enormous. The 2010 Census reported 308.7 million people in the United States with 84 percent of them living in metro areas, intensifying the demand for transportation in these areas and ensuring that congestion problems will continue to challenge metropolitan regions in the future.

Passenger vehicles have outnumbered licensed drivers since 1972, and in 2009 the Federal Highway Administration reported that there 1.17 vehicles per driver. Likewise, freight traffic has grown substantially, putting additional strain on ports, highways and railroads.

According to a report prepared for the National Surface Transportation Policy and Revenue Study Commission, over the last four decades highway lane miles have increased by 6 percent while vehicle miles of travel (VMT) has increased by 194 percent, placing a greater and greater demand on the highway system. The Census Bureau expects that the population will nearly double by 2050. The highway administration estimates that total VMT will increase 46 percent during that same period. For every person, there will be roughly 11,513 vehicle miles annually by 2050.

While demand is growing, surface transportation capacity is stagnating and infrastructure is deteriorating. Many recent policy studies have noted the negative impact of growing federal and state budget pressures on investment in transportation infrastructure over the past decade. According to the Congressional Budget Office, real (inflation-adjusted) public spending on transportation and water infrastructure declined by 6 percent between 2003 and 2007—the most recent years for which data are available.

In particular, real capital spending on highways, mass transit, and aviation fell markedly even as capital spending on other types of infrastructure—such as rail and water transportation, water resources and water supply and wastewater treatment—remained stable or rose. A report of the Urban Land Institute and Ernst & Young benchmarked infrastructure spending and found China devoted 9 percent of GDP to infrastructure compared to less than 3 percent in the U.S. It is not surprising therefore that the 2010 World Economic Forum ranked the U.S. 23rd in terms of overall infrastructure quality—roads, railways, ports and aviation infrastructure were rated mediocre. A near-term financial solution to this under-investment does not seem likely because transportation funding is inexorably caught in the current political schism over taxes, spending and debt. Thus, an important and strategic public policy question is: How can we ensure sustainable personal mobility and freight transport on an increasingly crowded and under-funded system?

Our transportation future will be multi-layered and complex—bounded by transportation infrastructure that is under-funded on the one hand and ever-expanding congestion and capacity constraints on the other. Technology solutions alone cannot overcome these problems and challenges but they can provide opportunities to mitigate their effects. For example, information and communication technology (ICT) has the potential to affect progress toward minimizing congestion, raising revenue through road pricing, increasing safety and improving transportation system efficiency. ICT covers any hardware or software that will store, retrieve, manipulate, transmit or receive information electronically in a digital form (e.g., high-speed internet, smart phones, digital television, robots, sensors, cloud computing). The potential impact of ICTs can be threefold:

For example, the National Transportation Operations Coalition estimates that improper signal timing accounts for 5 to 10 percent of all traffic delays. The typical traffic signaling system is 30 to 40 years old and is typically pre-programmed at certain times of day to have a particular rhythm, which theoretically is ideal for that area at that time. But traffic is variable, and unforeseen events like accidents or holidays can throw that off. In the future, the flow of traffic may control the lights at the same time that the lights control the flow of traffic. Smart traffic lights are adaptive, based on algorithms fed by data from both incoming and outgoing traffic at each light. These lights measure the amount of traffic and beam that information to the next light, which reacts to information it is getting from all other sides and works to ensure a proper flow.

Traffic safety will be enhanced through advanced driver assistance systems and autonomous vehicle technologies that allow cars and trucks to partially drive themselves. According to National Highway Traffic Safety Administration research, 99 percent of all accidents are due to human factors and more specifically, 80 percent of all driving mishaps are due to driver inattention in the three seconds immediately preceding the accident. Several ICT-enabled technologies provide effective near-term solutions to battling the statistics. New vehicles will soon come with automatic lane-keeping functions, adaptive cruise control and interactive communication to a local traffic management system and electronic sun visors with a sun status sensor. Automatic collision detection systems that apply the brakes to avoid an accident will be sold within two years. Integration of these technologies with GPS navigation systems to create partially autonomous driving is expected within the next five years.

While such technologies will provide a substantial contribution in safety, cooperative traffic information exchange between vehicles and infrastructure, they have the potential to improve traffic flow and support eco-driving. Intelligent infrastructures will become even more important with the deployment of electric vehicles that also need smart grids and integration of the energy, transport and communications networks.

"Virtual Mobility" refers to the use of ICTs as an alternative to physical mobility. That is, it is about using ICT as the means of "getting to" activities that would previously have required a mode of transport—or would have been impossible to do. Virtual mobility applications, such as e-work (i.e., telework), e-commerce and e-services (e-government, e-learning, etc.), will have a significant impact on travel behavior and the way goods are transported. All of these in principle imply that physical travel is to some degree replaced by online activities using the new ICT.

While "virtual mobility" is not entirely a new phenomenon, the convergence of IT, telecommunications and broadcast technologies in the latter years of the 20th century—accelerated by both increased processing power and affordability of smart mobile devices in the past decade—have led to many new possibilities for carrying out activities virtually, and therefore without the need to travel.

A long-term future for ICT and mobility is a transportation system with close to zero accidents, minimized unforeseen delays, near zero environmental impact, fully informed travelers or shippers and sustainable revenue for infrastructure investment. But unlike Europe, U.S. transportation policy has failed to develop an overarching "digital" agenda.

Basing transportation policy on a more complete understanding of smart mobility technologies and their patterns of use could increase the benefits to society and the economy from the parallel infrastructures of transportation and information. Such a policy push would serve many goals, including influencing technology adoption among transportation agencies that have been slow to apply technology to overcome current challenges. Currently, RAND researchers are developing a method for systematic technology reconnaissance, evaluation and adoption for transportation agencies as one of the Transportation Research Board's long-range strategic issues projects. This research has found that the slow pace of adoption is due to diverse challenges in implementing technological solutions—from inadequate funding to legal barriers and lack of internal and public support—which suggests that investment in transportation innovation will continue to suffer without a national vision for the application of ICT to mobility challenges.

Johanna Zmud is director of the Transportation, Space and Technology program at the RAND Corporation. She is coeditor of Transport Survey Methods: Keeping Up With a Changing World (Emerald, 2010).

This commentary originally appeared in Innovation America, Aug/Sept 2011 on September 30, 2011. Commentary gives RAND researchers a platform to convey insights based on their professional expertise and often on their peer-reviewed research and analysis.