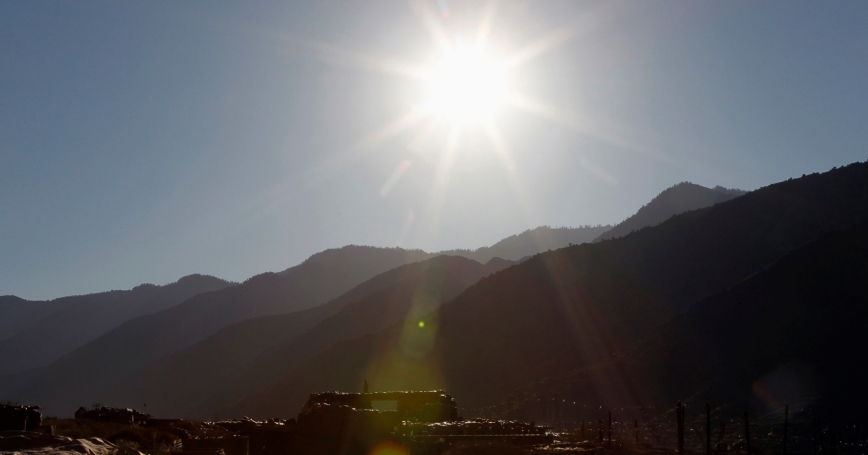 The sun rises above the mountain ridges of Kunar province overlooking the bunkers of soldiers from the Afghan army at Combat Outpost Pirtle King in Ghaziabad district in eastern Afghanistan, September 24, 2011

This is a response to Rory Stewart's book excerpt, "My uphill battle against the Afghanistan intervention."

Rory Stewart maintains that it is "not simply difficult, but impossible" to build an Afghan state. Presumably, this is meant hyperbolically, since Afghanistan has been recognized as an independent state far longer than any of its northern or southern neighbors.

It is true that the Afghan state had almost no capacity a decade ago, after twenty years of civil war, and that it still struggles to deliver basic public services. Nevertheless, nothing in Stewart's pessimistic assessment would lead one to realize that since 2001 Afghanistan's licit GDP has risen by 300 percent, that tax collection as a percentage of GDP now exceeds that of Pakistan, that school attendance has risen eightfold, that the country's literacy rate will triple in 10 years if these children are permitted to stay in school, that 80 percent of the population has access to basic health care faculties (albeit often distant and intermittent), that child mortality has dropped by one third as a result, and that despite the ongoing conflict longevity is increasing. Yet another striking statistic is that today almost half of Afghan households have telephones.

Multiple polls commissioned by independent news and other organizations consistently reveal an Afghan population that sees improvement in its well-being, has a favorable view of its government and is optimistic about its future. Indeed for the past couple of years the Afghans have rated their government and its leadership higher than Americans do theirs.

Stewart seems surprised at his failure to convince American and European officials, academic colleagues and even his own students of the fruitlessness of international efforts to help modernize and develop Afghanistan. His deeply pessimistic view rests on his own very considerable personal experience and that of others he knows. This is important information, to be taken seriously coming from someone as well traveled and perceptive as Stewart. Yet when anecdotal and empirical data diverge so widely, as they do in this instance, most observers will conclude that the truth lies somewhere in between.

James Dobbins, former U.S. envoy to Afghanistan and author of "After the Taliban: Nation Building in Afghanistan" (Potomac Books, 2008), is director of the International Security and Defense Policy Center at the RAND Corporation, a nonprofit institution that helps improve policy and decision-making through research and analysis.

This commentary originally appeared on Reuters blog, The Great Debate on September 29, 2011. Commentary gives RAND researchers a platform to convey insights based on their professional expertise and often on their peer-reviewed research and analysis.