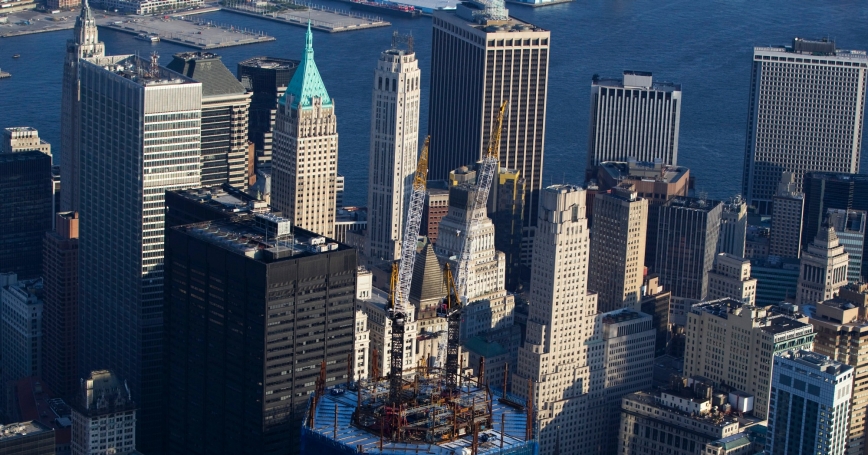 We all remember where we were on Sept. 11, 2001, when al-Qaeda launched its horrific attacks on the United States. In the decade since, no number of commissions, books, films and reports has been able to end the misconceptions about what 9/11 meant, America's response to it and the nature of the ongoing threat. As the anniversary nears, let's tackle some of the most persistent myths.

In 2002, the White House described 9/11 as "a new type of attack that had not been foreseen." An understandable response to being caught off guard, perhaps — but the fact is that the possibility of hijacked airliners crashing into buildings was neither unimaginable nor unimagined. The idea dates at least to 1972, when hijackers, during a protracted domestic incident, shot the co-pilot of a Southern Airways flight and threatened to crash the plane into the nuclear facility at Oak Ridge, Tenn.

After the 1993 bombing at the World Trade Center, a "red team" of consultants (myself included) hired by the center to explore future threats to the site identified a plane crashing into one of the towers as a possible scenario. In 1994, hijackers of an Air France jet reportedly considered crashing the aircraft into the Eiffel Tower. And a terrorist plot discovered in 1995 involving Ramzi Yousef, one of the 1993 World Trade Center bombers, and Khalid Sheik Mohammed, the self-described architect of 9/11, contemplated crashing an explosives-laden plane into the headquarters of the CIA.

Nonetheless, the 9/11 attacks transformed our perceptions of plausibility. Terrorist scenarios deemed far-fetched on Sept. 10, 2001, became operative presumptions one day later; even a 1 percent chance of something happening was sufficient cause to treat the possibility seriously. This skepticism-free environment multiplied public fears and security spending. Meanwhile, terrorists carried out more predictable low-tech attacks on commuter trains and subways.

2. The attacks were a strategic success for al-Qaeda.

An audacious and unprecedented strike, 9/11 certainly was a tactical success. But it also was a strategic miscalculation.

In Osama bin Laden's eyes, the United States was a hollow power. Despite the nation's apparent military strength, in his view Americans had no stomach for losses, and a devastating terrorist attack on the U.S. homeland would drive the Americans out of the Middle East. In his 1996 fatwa declaring war on America, bin Laden pointed out that the United States withdrew its forces from Lebanon after the 1983 bombing of the Marine barracks in Beirut. And in 1993, after 18 U.S. soldiers were killed on a single day in Mogadishu in an attack for which al-Qaeda claimed some credit, the United States hastily got out of Somalia.

Many of al-Qaeda's commanders disagreed, predicting that an enraged United States would focus its fury on the terrorist group and its allies, but bin Laden pushed ahead. When the United States did just what the others had feared, bin Laden switched gears, asserting that he had intended all along to provoke the United States into waging a war that would galvanize all of Islam against it. That didn't happen, either.

In the decade since Sept. 11, the U.S. homeland has been the target of far fewer terrorist attacks than in any decade going back to the 1960s — making it easy now to regard 9/11 as a lucky terrorist punch and the U.S. response as excessive.

At the time, however, no one knew how many more attacks were on the way. Immediate action was required to destroy the terrorist enterprise responsible for 9/11; no administration, Republican or Democratic, could have waited to see if the strikes were an anomaly. That meant improving intelligence, strengthening security at home and using military force abroad — the only way the United States could quickly break up al-Qaeda's training camps and disrupt further plots.

America's invasion of Iraq was not, strictly speaking, an overreaction to 9/11. The Iraq war was a strategic decision by the Bush administration to remove a hostile government and a potential threat. The fact that the invasion was portrayed as part of the global war on terrorism — in an effort to gain domestic political support — does not make it so. In fact, the war was a huge diversion of U.S. resources from the terrorist fight and a boon to al-Qaeda recruiting.

4. A nuclear terrorist attack is a near inevitability.

Shortly after the Sept. 11 attacks, a CIA source called Dragonfire reported that al-Qaeda terrorists had smuggled a nuclear weapon into New York. The source turned out to be wrong, but in the shadow of 9/11, al-Qaeda's nuclear capabilities became an obsession. Despite North Korea's demonstrated possession of nuclear weapons and Iran's suspected nuclear weapons program, in 2008, then-CIA Director Michael Hayden identified al-Qaeda as the agency's "number one nuclear concern."

Yet, while everyone agrees that al-Qaeda's leaders have nuclear aspirations, there is zero evidence that the organization has ever had any nuclear capabilities. Fear has made al-Qaeda the world's top terrorist nuclear power, yet it possesses not a single nuke. This is a lesson in how terrorism works.

5. U.S. civil liberties were decimated after the attacks.

Civil libertarians understandably worried that 9/11 would lead to police-state-style restrictions on individual freedoms in the United States. Instead, the Constitution has held as the government has steered a middle course.

Preventive detention of terrorism suspects, a procedure common in a number of democratic countries, was rejected. The government held Jose Padilla, a U.S. citizen and al-Qaeda operative, as an "enemy combatant," but his case was ultimately referred to the courts. And domestic intelligence efforts were increased, but Congress rejected the idea of a separate domestic intelligence service — an American MI5.

Still, domestic authorities were pushed toward preventive action against terrorism instead of a traditional law enforcement approach. Federal authorities were granted more discretion in opening terrorism-related cases, and the FBI began thousands of investigations. Not surprisingly, only a small percentage have resulted in prosecutions.

The 9/11 attacks did lead to some expansion of executive authority, most notably in bypassing procedures set up in 1978 to ensure that electronic surveillance is judicially authorized. Congress pushed back on the Bush administration's warrant-less wiretapping program and in 2008 restored judicial oversight, although not as powerfully as before.

Where U.S. values failed to prevail was in the treatment of foreign combatants and suspects apprehended abroad who were held in secret prisons, delivered to countries where they faced torture or, in some cases, subjected to coercive interrogation tantamount to torture in American hands.

Brian Michael Jenkins, a senior adviser to the president of the Rand Corporation, is co-editor of "The Long Shadow of 9/11: America's Response to Terrorism."

This commentary originally appeared in The Washington Post on September 2, 2011. Commentary gives RAND researchers a platform to convey insights based on their professional expertise and often on their peer-reviewed research and analysis.