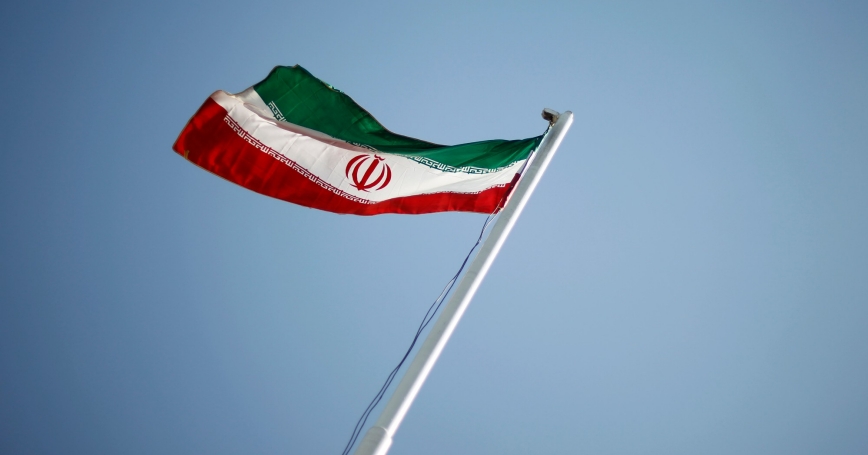 An Iranian flag flutters during the opening ceremony of the 16th International Oil, Gas & Petrochemical Exhibition in Tehran, April 15, 2011

The Iranian regime faces a threat even more daunting than the 2009 Green Movement protests: a disparate yet potentially powerful civil disobedience movement motivated not just by politics, but by environmental, economic, and social issues. From demonstrations over the drying up of Lake Orumieh in northwestern Iran to organized youth water fights in Tehran, the resilience and spontaneity of protests in Iran have recently been on full display. But these protests differ from the 2009 protests. They are not necessarily motivated by Iran's contentious factional politics, and they are not wedded to the agenda of Iran's Islamist reform movement. Rather, they are the outpouring of popular frustration with daily life in Iran.

Lake Orumieh, one of the world's largest saltwater lakes, is in danger of disappearing in the next few years. Environmental activists and even members of Iran's parliament have blamed the government's policies and its overall lack of interest for the lake's dismal condition. The drying up of the lake could have serious environmental and economic repercussions for the region's inhabitants. It is no surprise that the region's Turkish-speaking population went into the streets in protest last week; Lake Orumieh is a symbol of Iranian Azerbaijan's historical and cultural heritage. The drying up of the lake was also a convenient reason for Iran's Azeris to express their discontent with the regime in Tehran. The Iranian government, fearing ethnic strife and separatism, responded with brute force and massive arrests, in typical fashion.

Civil disobedience, however, is not restricted to Iran's ethnic minorities. Iranian youth have engaged in water fights—using plastic guns and balloons—in Tehran's parks. These water fights, organized through social media sites such as Facebook, are meant to alleviate boredom but also to counter the Islamic Republic's stifling social regulations. Iran's Prosecutor-General, Gholam Hossein Mohsen Ejei, has called the water fights "a campaign orchestrated from abroad." Identified "conspirators" have been duly detained, along with their toy guns.

The Islamic Republic has good reason to fear Iranians protecting a dying lake or trying to have fun on a hot summer day. The 2009 protests shook the regime to its very core; any gathering of a large group of people is suspected as a prelude to revolt. Iran is also surrounded by the dying embers of neighboring authoritarian regimes, from Libya to its close ally, Syria. The Iranian regime may have been successful in crushing the Green Movement that emerged in 2009, but recent acts of civil disobedience could be much harder to control. They are spontaneous and leaderless and not tied to the reform movement led by Mir Hossein Mousavi and Mehdi Karroubi, who still profess loyalty to the same Islamic Republic that they helped create. More importantly, recent acts of civil disobedience are motivated by multiple factors, and not just a result of dissatisfaction with a particular election or opposition to a specific figure such as President Mahmoud Ahmadinejad.

A typical Iranian has many reasons to disobey the government, whether he or she is young, an ethnic minority, a poor teacher or laborer, or a struggling student. The Azeri demonstrators are not merely motivated by a dying lake or ethnic aspirations. They are driven by the anger, frustration, and indignity felt by Iranians regardless of race, religion, or gender. The Islamic Republic has left many Iranians with no choice but to disobey. And they no longer have to await Mousavi and Karroubi's orders to go into the streets.

Alireza Nader is an international policy analyst at the RAND Corporation and the author of "The Next Supreme Leader: Succession in the Islamic Republic of Iran" (RAND, 2011). Opinions are the author's own. This article is presented by Tehran Bureau, the U.S. Institute of Peace, and the Woodrow Wilson International Center for Scholars as part of the Iran project at iranprimer.usip.org.

This commentary originally appeared on PBS FRONTLINE on September 8, 2011. Commentary gives RAND researchers a platform to convey insights based on their professional expertise and often on their peer-reviewed research and analysis.