Is It Time to Withdraw from Afghanistan? 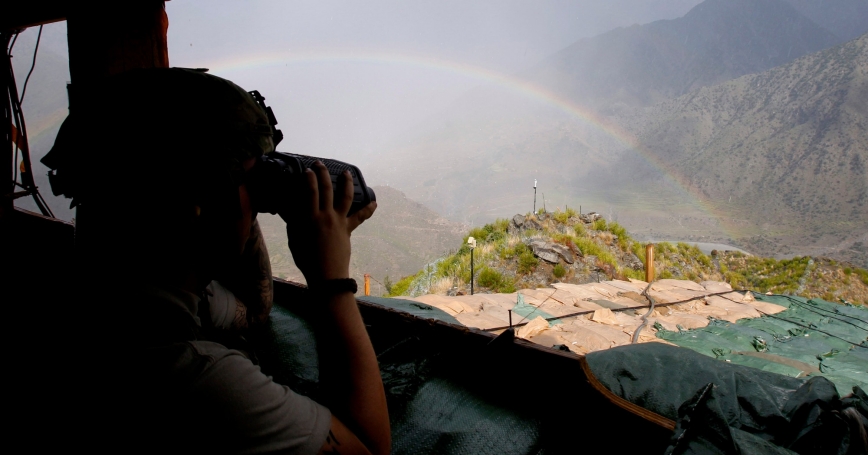 A U.S. soldier uses a pair of binoculars to scan an area with a rainbow after a firefight with the Taliban at Outpost Bari Alai in Ghaziabad district in Kunar, Afghanistan, September 15, 2011

Following the death of Osama bin Laden, a growing chorus of skeptics has called for withdrawing U.S. forces from Afghanistan. Such an exit would be a mistake. It would risk the return of the Taliban, one of the most repressive regimes in the modern era, with ties to Al Qaeda and other terrorist groups.

Without the support of U.S. troops, the Afghan government would likely collapse to Taliban forces, backed by neighboring Pakistan. A Taliban regime would make a mockery of human rights and allow terrorist groups to operate on its soil—exactly what happened in the five years the Taliban ruled Afghanistan before the 9/11 attacks. The U.S. should have learned that lesson.

Most of those pushing for a quick withdrawal argue that the U.S. can no longer afford to keep troops in Afghanistan with today's economic troubles.

There is an alternative. America can reduce its number of troops in Afghanistan while focusing on countering terrorists there and in Pakistan, and on fighting any insurgents (like the Taliban) who threaten the Afghan government, which the U.S. supports. This strategy would rely on U.S. special operations forces and a reduced, but still significant, number of conventional troops.

This is the core of our current strategy in Afghanistan, which is finally showing results. In its longtime stronghold in the south, the Taliban has already lost territory thanks to the combined efforts of a stronger Afghan army and increased resistance from local tribes and villages.

Now is not the time to pin America's national security on a game of Russian roulette, which is exactly what a hasty exit of U.S. troops from Afghanistan would be.

This commentary originally appeared in The New York Times Upfront on September 19, 2011. Commentary gives RAND researchers a platform to convey insights based on their professional expertise and often on their peer-reviewed research and analysis.