The Transatlantic Impact of 9/11 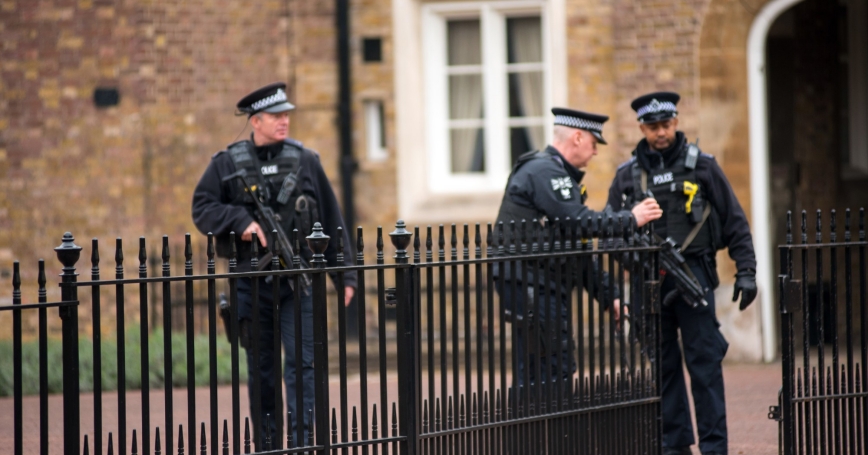 Counterterrorism has been a central component of policing in the United Kingdom since Irish republicans carried out their first bomb attacks on British soil in 1881. But the attacks that unfolded an ocean away on September 11, 2001, prompted profound changes in British counterterrorism strategy and structure as authorities refocused on a new deadly and determined foe.

By 2001, the UK's history as both a target and a battleground for a variety of terrorist groups had led to the establishment of an integrated and well-rehearsed response mechanism involving the government, police and intelligence agencies.

After 9/11—which claimed the lives of 67 British citizens, more than any terrorist attack in history—fundamental changes were put in place to ensure the counterterrorism resources were refocused to deter terrorist activity that might be carried out in the UK by al Qaeda or other international terror organizations.

An integral element has been the work the UK police—my former employer—have carried out in conjunction with the UK's internal intelligence agency, the security service known as MI5. Prior to 2001, authorities relied on long-standing and well-tried mechanisms for coordination between the police and MI5 in combating terrorism driven by violent Irish republicanism. In the aftermath of 9/11, the challenge for both the police and MI5 was to adapt and improve on these relationships to deal with threats emanating from outside the UK.

Before 9/11, the framework for the counterterrorism response on the British mainland involved over 50 individual police forces and MI5. In the wake of 9/11, police set up Regional Intelligence Centers, each designed to work closely with a designated regional police Counter Terrorism Unit. At the same time, MI5 established its own regional offices across the UK. The net result today is a coordinated network capable of carrying out counterterrorist activity nationwide.

In a wider context, as a member state of the European Union, the UK has also been active in the regional response to 9/11. Fourteen European countries together lost over 130 of their nationals in the 9/11 attacks.

By June 2002 the EU and its 15 member states had passed into law its first Framework Decision on Combating Terrorism. It set out legally binding actions to facilitate and harmonize counterterrorism efforts across the EU, leaving their means of implementation to the government of each member state. Building on this foundation, the EU, which has since grown to 27 states, has created a comprehensive body of legislation to underpin its practical efforts to prevent and respond to terrorism within and outside of its borders.

The attacks of 9/11 cast a long and enduring shadow not only over the US, but also over the UK, the member states of the EU and beyond. Within the UK, the changes it brought about to the national counterterrorism response were unprecedented. In the EU, it became the catalyst for member states to cooperate on counterterrorism in far more coordinated and integrated ways. By these measures alone, 9/11 has shaped the world we live in today.

Lindsay Clutterbuck served as a detective officer from 1982 to 2006 in the Metropolitan Police Specialist Operations Department, specializing in counter terrorism. Since then he has been a research leader with RAND Europe, an independent not-for-profit research institution based in Cambridge, UK, that is part of the global RAND Corporation.

This commentary originally appeared on RAND.org and GlobalSecurity.org on September 13, 2011. Commentary gives RAND researchers a platform to convey insights based on their professional expertise and often on their peer-reviewed research and analysis.