An Attack Would Only Strengthen Iran's Influence 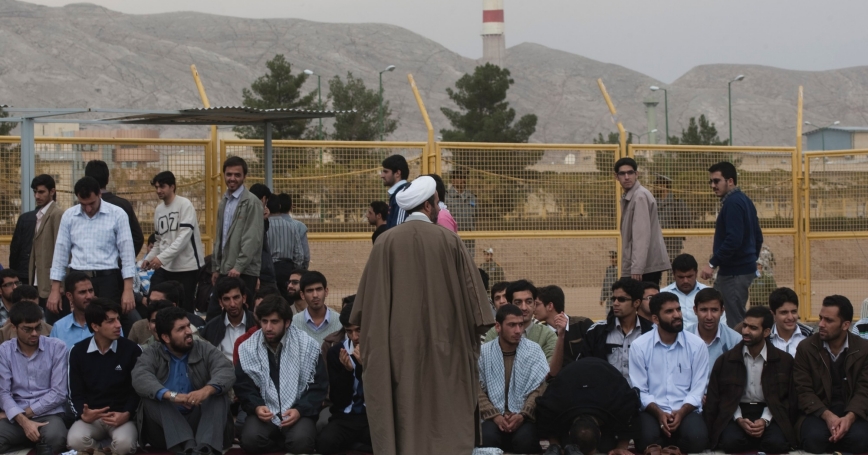 An Iranian cleric talks to students before a ceremony to form a human chain around the Uranium Conversion Facility to show their support for Iran's nuclear programme in Isfahan, Iran, November 15, 2011

This is a response to a U.S. News & World Report Debate Club forum, "Should the United States consider military action to hinder Iran's nuclear program?"

The latest International Atomic Energy Agency revelations raise once again the possibility of an American or Israeli air strike to destroy known Iranian nuclear facilities. Whether or not such an effort would be wise requires two judgments: first as to the feasibility of such a crippling strike, and second as to its desirability.

American officials, including former Secretary of Defense Robert Gates, have said an American military attack on Iranian targets could only retard, but not halt Iran's progress toward a nuclear weapons capability. Some Iranian nuclear sites are deep underground, others are likely hidden entirely, and these would all be left undamaged. Similarly, much of the knowledge and expertise that Iran has already acquired would survive such an attack.

In the aftermath of an attack, Iran would likely move its program entirely into to clandestine or heavily protected sites. The global coalition the United States has built in opposition to the Iranian program would be seriously strained. Further international sanctions would be difficult, maybe impossible to achieve. Some nations could become more willing to assist the Iranian program, or at least less willing to police those who might.

The question of desirability revolves around whether it would become easier or harder to contain malign Iranian influence throughout the Middle East in the aftermath of a strike. Here it is important to recognize that it is not Iranian aggression that its neighbors principally fear, but Iranian subversion. It is Iran's ability to appeal to potentially dissident elements within neighboring societies—to the Shia populations of Lebanon, Iraq, Saudi Arabia and the Gulf states, and to the more radical elements within Palestinian society—that is of most concern to these states. It is Iran's appeal throughout the Islamic Middle East as a bastion of anti-American and anti-Zionist activity that most disturbs other regional regimes.

This is true even of Israel, whose principal vulnerability is not to Iranian military pressure but to attacks by Iranian-supported Hamas and Hezbollah.

Containing this sort of influence would almost certainly become more difficult in the aftermath of an unprovoked American or Israeli military attack. Most neighboring regimes might quietly sympathize with such a preemptive strike, but few would openly support it. Reaction among neighboring populations would be almost uniformly hostile. The sympathy thereby aroused for Iran would make containment of Iranian influence much more difficult for Israel, for the United States, and for the Arab regimes currently allied with Washington. This would be particularly true in newly democratizing societies, like Egypt, were public opinion has become less fettered and more influential.

The Iranian leadership will need to be persuaded over the next year or two that actually building, testing and deploying nuclear weapons, as North Korea has done, will only increase their isolation, reduce their influence and ultimately increase the regime's vulnerability to internally driven change. Threats of military action, and even more its actual conduct, will only have the opposite effect: reducing Iran's isolation, increasing its influence, promoting domestic solidarity, and reinforcing the case for building and deploying nuclear weapons as soon as possible.

James Dobbins, a former U.S. assistant secretary of State, is director of the International Security and Defense Policy Center at the RAND Corporation, a nonprofit institution that helps improve policy and decisionmaking through research and analysis.

This commentary originally appeared on U.S. News & World Report, Debate Club on November 16, 2011. Commentary gives RAND researchers a platform to convey insights based on their professional expertise and often on their peer-reviewed research and analysis.