Why the Haqqani Network Is the Wrong Target 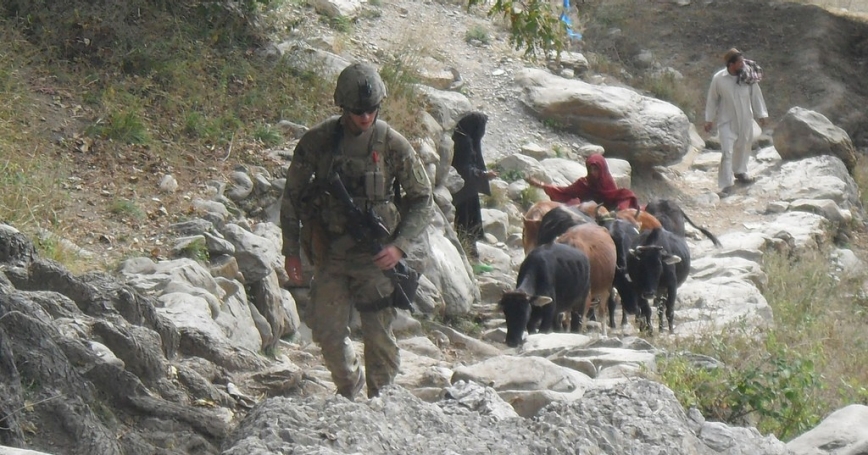 The Haqqani network has become the bête noire of the United States in Afghanistan. This fall, it participated in a number of high-profile attacks on U.S. soldiers, the U.S. embassy, and NATO headquarters in Kabul. And on October 29, it was involved in a spectacular suicide attack against an armored military bus in Kabul that killed at least nine Americans. In response, U.S. officials have vowed to punish the organization, which is based in Pakistan's North Waziristan. Outgoing chairman of the Joint Chiefs of Staff, Admiral Michael Mullen, bluntly noted in a September Senate Armed Services Committee hearing that the Haqqani network "has long enjoyed the support and protection of the Pakistani government and is, in many ways, a strategic arm of Pakistan's Inter-Services Intelligence (ISI) agency." And senior Pentagon and White House officials recently threatened to act unilaterally against the Haqqani network in Pakistan, including with drones, if Islamabad does not cut ties with the network.

Yet in focusing on the Haqqani network — which enjoys little popular support in Afghanistan — the United States is neglecting the more important (and difficult) task of dealing with the Taliban sanctuary in Pakistan's Baluchistan Province. Indeed, it has done so for quite some time. The United States has pockmarked North and South Waziristan with drone strikes. These have severely weakened al Qaeda and taken out some Haqqani leaders. But the Taliban's inner shura, their most important decision-making body, has been left unmolested in Baluchistan....

Seth G. Jones is a Senior Political Scientist at the RAND Corporation and the author of the forthcoming book Hunting in the Shadows: The Pursuit of Al Qa'ida Since 9/11 (W.W. Norton).

This commentary originally appeared on Foreign Affairs on November 6, 2011. Commentary gives RAND researchers a platform to convey insights based on their professional expertise and often on their peer-reviewed research and analysis.