(NYTimes.com on January 5, 2012 and in International Herald Tribune) 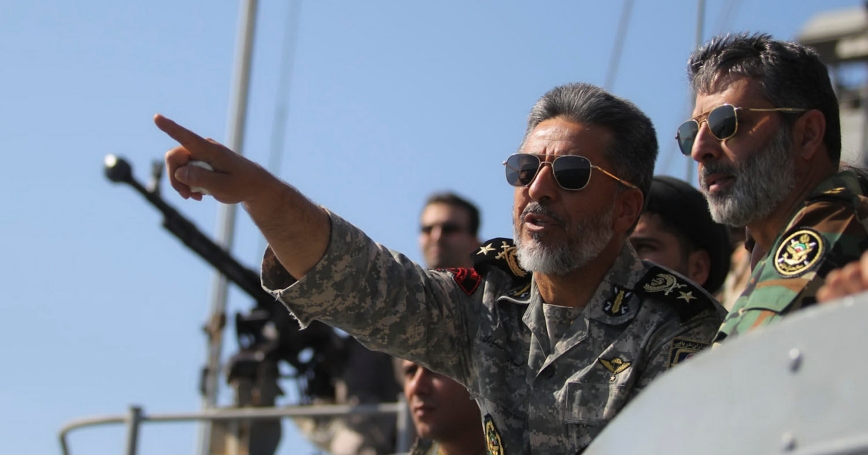 by Alireza Nader and James Dobbins

Iran's threats to close the Straits of Hormuz in response to the latest American-led sanctions may be empty posturing. Still, Iran's slow march toward a nuclear weapons capability has dramatically increased tensions between Washington and Tehran. The Obama administration has not taken the option of a military strike off the table, and one must assume that the Iranians have not done so either.

In these circumstances, it is important to realistically judge the nature and extent of the Iranian threat. For all its bluster, the Iranian regime is more vulnerable than at any time in its 32-year history. Internally, Iran is constrained by deep political divisions, civil strife and a woeful economy. President Mahmoud Ahmadinejad has directly challenged the country's supreme leader, Ayatollah Ali Khamenei, while Khamenei has spoken of eliminating the presidency.

The life of the ordinary Iranian becomes more precarious every day, with rising unemployment, inflation, state repression, and the country's growing international isolation. The regime has maintained a superficial sense of stability through repression.

Legislative elections are scheduled for early March. Leaders of the reformist Green movement are threatening to boycott the ballot, but there will still be a closely fought contest between the more religious and secularist wings of the regime. Both this election and the presidential vote next year could well become occasions for public demonstrations of the sort that threatened the regime three years ago and have since toppled several Middle East governments.

Iran is on the brink of losing its only real ally, Syria, as President Bashir al-Assad looks as if he could be the next Arab dictator to fall. Tightening international sanctions are slowing Iran's nuclear program while limiting its ability to project power. Saudi Arabia, Iran's principal regional rival, is leading the other Gulf states in an ever more explicit anti-Iranian coalition. The United States is strengthening its military and political ties with several of these states.

Iran's leaders have watched U.S. forces topple Saddam Hussein and the Taliban with relative ease and NATO help do the same with Col. Muammar el-Qaddafi in Libya; Iran's antiquated conventional forces are no match for the U.S. military. And the Iranian regime believes that the United States remains committed to a policy of regime change, even though Washington might not presently have the appetite for a new military intervention.

Iran's leaders believe that having a nuclear weapons capability could deter a U.S. military attack on Iran and safeguard a vulnerable regime. It is unlikely that the regime, concerned with self-preservation, will be the first party to use nuclear weapons in a conflict with the United States or Israel. The actual use of a nuclear weapon by Iran would surely lead to the regime's ultimate end.

Iran is often depicted as an irrational actor, with Ahmadinejad's seemingly erratic behavior and odious rhetoric serving as justification. Yet the clerical-led regime in Tehran is no less rational and calculating than the former Soviet Union or Communist China, both of which were successfully deterred and contained by the United States.

What's more, the Iranian regime faces many internal and external challenges that will facilitate U.S. containment of Iran if it obtains nuclear weapons. The United States possesses the overwhelming diplomatic, economic and military power to cope with an adversary vulnerable to the very same forces that have led to the toppling of regimes across the Middle East.

Threats of American or Israeli military action only intensify the Iranian regime's desire to acquire a nuclear deterrent. An actual attack would likely consolidate domestic support for the regime and promote international sympathy for it, particularly throughout the Muslim world. Conversely, international participation in sanctions would erode, Iranian support for subversive groups like Hezbollah and Hamas would increase, and the containment of Iranian influence throughout the Middle East would become more difficult.

The Iranian regime needs to be persuaded that it will become more isolated, more penalized and more vulnerable to internal unrest if it chooses to test and deploy nuclear weapons. Unilateral U.S. or Israeli action cannot produce this effect. Only a united international front, backed by ever tougher sanctions, and the promise of more to come if Iran crossed such a threshold, can make the regime think twice before doing so.

Over the longer term, Iran will be brought into full conformity with its obligations under the Nuclear Nonproliferation Treaty only under a new and more moderate regime. The best way for the United States to promote such a development is to support the democratization of Egypt, Tunisia, Libya, Yemen and Syria, where regimes have fallen or are tottering, and where the United States has the access and the potential influence it lacks inside Iran.

While awaiting such a change in Iran, the United States must continue to demonstrate to the regime that crossing the nuclear threshold will only increase its isolation, impoverish its population and further increase its vulnerability to internally driven regime change.

Alireza Nader is a senior policy analyst at the RAND Corporation. James Dobbins, a former U.S. assistant secretary of state, is director of the International Security and Defense Policy Center at RAND.

This commentary originally appeared on NYTimes.com on January 5, 2012 and in International Herald Tribune on January 6, 2012. Commentary gives RAND researchers a platform to convey insights based on their professional expertise and often on their peer-reviewed research and analysis.