Is Regime Change in Iran the Only Solution? 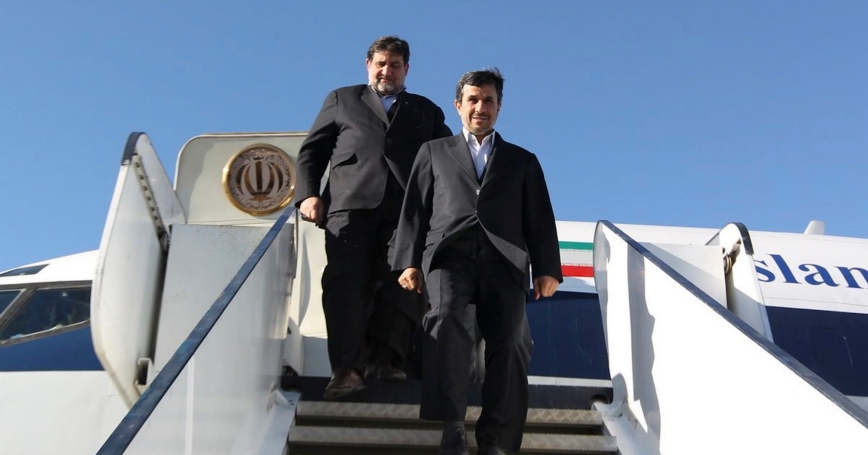 As the prospects for negotiations with Iran over its nuclear program dim, and an anxious American public contemplates the grim prospect of military action, attention has turned again to the prospect of changing Iran's regime. But is U.S. regime change in Iran, whether through sanctions or direct action, really a viable prospect?

Reuel Marc Gerecht and Mark Dubowitz have argued that the United States should pursue sanctions that lead to regime change. According to them, through sanctions, "a democratic counterrevolution in Persia might be reborn. A democratic Iran might keep the bomb that Khamenei built. But the U.S., Israel, Europe, and probably most of the Arab world would likely live with it without that much fear." The attraction of removing the Islamic Republic may be obvious. Sanctions may slow down Iran's nuclear drive but most likely will not roll back the program. Military strikes would do damage but are hardly guaranteed to destroy major facilities such as the recently opened Qom enrichment plant, buried beneath 300 feet of rock. For many, only a change of the regime would diminish the threat of a nuclear-armed Iran.

What is often missing from this debate is that only Iranians can achieve any meaningful regime change. The United States can no longer effect political change in Iran, as it did with the overthrow of Iran's popularly elected government in 1953. Sanctions against the central bank, for example, may create widespread economic panic, and shake the population's trust in the Iranian government. Sanctions could even increase Iranians' dissatisfaction with the current state of affairs to such an extent that they are more prone to go into the streets in protest. However, Iranians are not going to overthrow their rulers due to economic hardships alone, and certainly not at the behest of the United States.

The sources of Iranian angst vary, and range from the miserable state of the economy to government mismanagement and corruption. The most crucial factor, however, is the regime's lack of legitimacy due to its overall treatment of the Iranian population. The 2009 presidential election shattered the faith of millions of Iranians in electoral politics. Ayatollah Ali Khamenei and the Revolutionary Guards' consolidation of power, and their violent response to opponents, showed Iranians that the regime—which often refers to Khamenei as an "absolute" ruler only beholden to God's authority—no longer views popular will as a pillar of the political system.

And the regime's opponents are not merely the fashionable and largely secular men and women who inhabit northern Tehran. Even members of the Revolutionary Guards are disillusioned with Khamenei's authoritarian style of rule. The former Guards navy chief, Hossein Alaei, recently wrote a letter to a major Iranian newspaper implicitly comparing Khamenei's behavior to the former Shah, who once treated the aspirations of his people with contempt. Disillusionment with the regime exists throughout Iran's political and military circles. It often lies beneath the surface, but it is very real, and potentially quite powerful.

Only Iranians can achieve regime change, should they seek it. Iran has the ingredients for a more democratic political system, much more so than many of its neighbors. It has a large and well educated middle class, and a suppressed but still alive civil society.

Sanctions will not directly lead to the regime's downfall, but they can create the space and time necessary for the United States to forestall Iran's nuclear weapons program while a better political system emerges in Iran. The United States should not pursue sanctions with the intent of changing the regime, but to contain it in order to give Iranians a chance to effect change themselves. At the same time, the United States should increasingly focus on human rights abuses and lack of legitimate elections as the regime faces parliamentary and presidential elections.

Unfortunately, sanctions could also hurt the same Iranians who are opposed to the government. The Green Movement, supported by Iran's middle class, will bear the brunt of sanctions. Elements of the Revolutionary Guards, involved in Iran's illicit trade, may actually benefit from sanctions in the short run. However, no section of Iranian society or the political system is likely to be spared in the long run given the magnitude of sanctions against the central bank. Iran as a whole may suffer, but the effort to contain the Iranian regime will not be cost free for the United States or the Iranian people.

Alireza Nader, coauthor of Coping with a Nuclearizing Iran (RAND, 2011), is a senior policy analyst at the RAND Corporation, a nonprofit institution that improves policy and decision-making through research and analysis.

This commentary originally appeared on Foreign Policy on January 26, 2012. Commentary gives RAND researchers a platform to convey insights based on their professional expertise and often on their peer-reviewed research and analysis.