Narrowing the Economic Achievement Gap: The Role of Housing 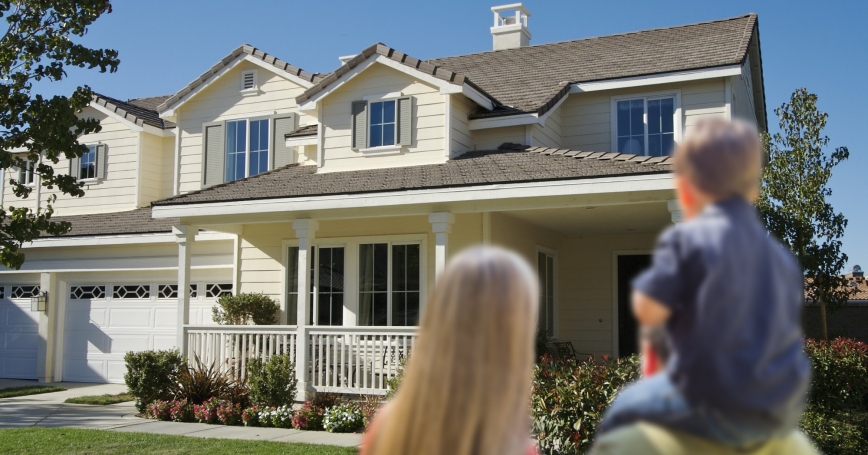 In collaboration with the John D. and Catherine T. MacArthur Foundation's How Housing Matters Initiative, Spotlight on Poverty and Opportunity will be running a series of commentaries for the next two months exploring the relationship between housing and three topics: health, economic opportunity, and education. Please be sure to read Michael Stegman's "An Introductory Note" to learn more. This commentary is the seventh installment in the series, which is entitled "How Housing Matters to Families and Communities."

Although many have suggested ideas for ways that schools can narrow the income achievement gap, a study I conducted revealed that programs that affect children's lives outside school walls may be just as important. In particular, my study revealed that the placement of affordable housing is one form of an out-of-school investment that can have a big impact on poor children.

This study, published by The Century Foundation, tracked 850 children whose families were randomly assigned to public housing apartments dispersed throughout hundreds of neighborhoods in Montgomery County, Maryland.

Since 1974, Montgomery County has implemented a housing policy that provides low-income children access to its low-poverty schools. Ranking among the top 20 wealthiest counties in the nation and as the sixteenth largest school district in the U.S., Montgomery County operates the nation's largest and oldest inclusionary zoning policy.

The zoning policy requires real estate developers to set aside a proportion of the homes they build to be rented or sold at below-market prices, and has produced more than 13,000 affordable homes. As a result, thousands of households typically earning incomes below the poverty line in Montgomery County have lived in affluent neighborhoods and sent their children to schools where the vast majority of students come from middle- or upper-class families.

Why study the placement of housing? The location of housing not only determines residents' home neighborhoods, which can directly influence their children's performance, but it also influences which schools their children attend. And just as there is an income achievement gap among children, there is also a large, persistent academic achievement gap between low- and high-poverty schools. Likely reasons for this gap extend beyond simple financial advantages to include the stability that comes from attracting and retaining a corps of better prepared teachers, administrators, and students, and from having greater parental stewardship of schools.

High-poverty schools, by contrast, tend to suffer from a churn in staff, students, and short-lived educational reforms that result in an inconsistent supply of social and material resources. While these inequities do not entirely determine a school's academic performance, they do influence them.

The longer students attended low poverty schools, the better they performed relative to their peers. After seven years, children living in public housing who attended Montgomery County's most affluent half of elementary schools performed eight points higher in math and five points higher in reading than otherwise similar public housing children who attended schools where more than 20 percent of the student body qualified for free or reduced-price meals.

Even more important, these students were catching up to non-poor students in the district—cutting an initial achievement gap in half by the end of elementary school.

In addition, the benefits of attending low-poverty schools exceeded attending higher-spending but higher-poverty schools. Since 2001, the County has invested approximately $2,000 extra dollars per pupil in its neediest elementary schools to reduce class sizes in the early grades, provide considerable additional professional development to teachers in those schools, and to devote longer blocks of time to math and literacy curricula.

The results from Montgomery County demonstrate that an integrative housing policy can be an effective form of school policy for disadvantaged children. To build on these findings, I am also currently completing an 11-city study funded by the MacArthur Foundation that examines whether other inclusionary zoning programs in other locations provide low-income households access to low-poverty neighborhoods and low-poverty schools. I expect to publish these results in June 2012.

Regardless of the study's result, inclusionary zoning is not a one-size-fits-all solution for every locality.

Although hundreds of counties and cities have adopted inclusionary zoning within the US, it is best suited for affluent housing markets and usually produces only dozens or hundreds of affordable homes per locality. This supply pales in comparison to the millions in need of affordable housing.

The good news is that economically integrative housing could be one powerful part of the effort to address the worryingly large achievement gap between low-income and high-income students. But more must be done if we are going to get serious about substantially narrowing the economic achievement gap.

Heather Schwartz is a policy researcher at the RAND Corporation.

This commentary originally appeared on Spotlight on Poverty and Opportunity on January 11, 2012. Commentary gives RAND researchers a platform to convey insights based on their professional expertise and often on their peer-reviewed research and analysis.