Colleges Can Learn from For-Profits' Emphasis on the Consumer 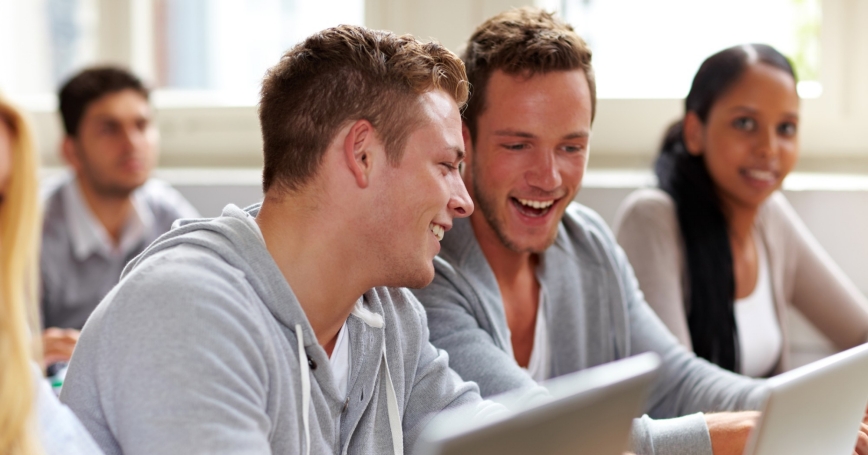 Because funding provided by the new Post-9/11 GI Bill is not counted as federal student aid, she said for-profit colleges took advantage of troops to meet the federal requirement that 10 percent of their revenues come from nonfederal sources.

Her concerns derive from a 2010 study by a Senate committee that showed for-profit colleges have high dropout and student loan default rates.

Yet that does not seem to have deterred enrollment. Despite a wide array of options provided by the new GI Bill, many military veterans continue to choose for-profit institutions. Why?

Some answers may reside in a separate Rand Corp. study, published with the American Council on Education in November 2010.

Our study involved a nationwide survey of 230 student veterans, service members and dependents eligible for the new Post-9/11 GI Bill, and focus groups with 113 GI Bill users on 13 campuses in Arizona, Ohio and Virginia. Participants included students at public and private colleges — for-profits and nonprofits.

Although for-profit colleges are often more expensive than public ones — a legitimate concern for taxpayers underwriting the GI Bill — students we interviewed at for-profit colleges said their institutions offered tuition rates matching allowable GI Bill benefits, giving them the freedom to choose a college that best met their needs.

What are their needs? To begin, classes that meet on evenings and weekends and focus on career-relevant skills. Students we spoke with at for-profit institutions liked that many classes were available both face-to-face and online.

Some for-profit colleges offered multiple locations across the country. That appealed to students who thought they might relocate to other states during their academic studies.

A key advantage cited by participants was that for-profit colleges allowed veterans to transfer credits from military course work and, in some cases, from on-the-job military training.

Though for-profit institutions had been criticized in the Senate report as offering credits that were hard to transfer elsewhere, it was the colleges' willingness to accept military transcripts that appealed to veterans who wanted to complete their degrees as fast as possible.

Also critically important to GI Bill users was access to the courses required for their degrees. Being shut out of oversubscribed courses was a frequent complaint among focus group participants at public two- and four-year colleges.

Our study does not refute all the Senate findings highlighted by Petraeus. There are aggressive enrollment practices by some for-profit colleges, and many study participants reported that some for-profit institutions are too poorly staffed to serve the health and transition needs of veterans.

But our study does offer a window into what appeals to many student veterans.

The consumer-centric attributes of some for-profit schools offer lessons for their public and nonprofit counterparts regarding how higher education institutions best serve the needs of our troops and veterans.

Jennifer L. Steele is a policy researcher at the nonprofit RAND Corp. research and analysis institution. Her study with Nicholas Salcedo and James Coley, "Service Members in School: Military Veterans' Experiences Using the Post-9/11 GI Bill and Pursuing Postsecondary Education," was commissioned by the American Council on Education with support from the Lumina Foundation.

This commentary originally appeared in Military Times on February 9, 2012. Commentary gives RAND researchers a platform to convey insights based on their professional expertise and often on their peer-reviewed research and analysis.