The NDAA Makes It Harder to Fight Terrorism 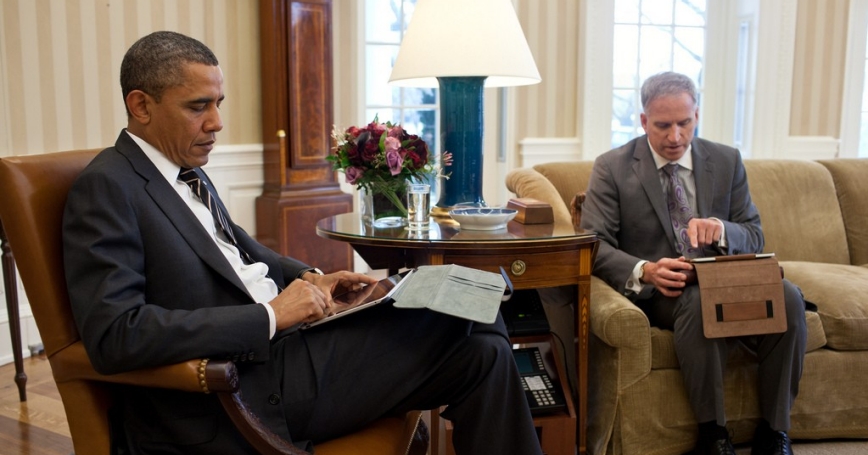 Despite his earlier threat of a veto, President Barack Obama signed the National Defense Authorization Act (NDAA) of 2012 into law on the last day of 2011. The bill, which was sponsored by Senators Carl Levin (D-Mich.) and John McCain (R-Ariz.), had bipartisan support, passing in the Senate by 86 to 13 with one abstaining. The vote reflected the determination of Congress to confirm the president's authority to detain terrorists already in military custody, prevent their being transferred from Guantánamo to federal prisons on the U.S. mainland, and increase the role of the military in future counterterrorist efforts.

But the law has angered libertarians and conservatives, who see its authorization of indefinite detention without trial and military custody of terrorist suspects as a frontal assault on the Bill of Rights. Opponents of the new law fear that it will further increase executive authority at the expense of the courts, prevent the United States from ever closing Guantánamo, and expose Americans to arbitrary arrest and indefinite detention. Indeed, such fears are founded.

To meet some of these concerns, the Senate House Conference Committee, a body that reconciles Senate and House drafts of new legislation, inserted language in the final version of the bill excluding U.S. citizens and lawful permanent residents from military custody. The Senate rejected efforts to exclude U.S. citizens from indefinite detention.

Instead, the bill states only that it will not alter existing law, but existing law on detention is not settled. President George W. Bush claimed that he had authority to indefinitely detain without bringing charges or bringing to trial José Padilla (a U.S. citizen arrested in Chicago) and Ali al-Marri (a legal permanent U.S. resident). Before the Supreme Court could hear the case challenging this assertion, however, the administration turned both individuals over to civilian courts.

Moreover, the NDAA's supposed exclusion of U.S. citizens from military custody is not absolute. First, the United States has no separate prison system for terrorist suspects. In practice, indefinite detention (to which American citizens remain vulnerable under the new law) means military custody. The government held both Padilla and al-Marri in a Navy brig to keep them out of civilian custody. And second, the government could choose to interpret the bill's added language as merely exempting U.S. citizens from the "requirement" that terrorist suspects be held in military custody, leaving their actual treatment to the discretion of the president. In his signing statement, Obama promised that his administration "will not authorize the indefinite detention without trial of American citizens." A future president might not be so inclined.

Much of the debate over this bill has focused on the political issue of executive authority versus rule of law. In doing so it has overlooked the indirect and insidious effects the new law may have on the United States' largely successful counterterrorist campaign.

A fair way to assess this bill would be to ask, had this law been in effect since 2001, what would it have achieved? Padilla and al-Marri probably would have remained in military custody. Instead, civilian courts sentenced Padilla to 17 years in prison. Al-Marri, who was never accused of plotting any terrorist attack, got eight years. Richard Reid (the shoe bomber) and Umar Abdulmutallab (the underwear bomber), both foreign nationals, also would be in military custody. So would Khalid Aldawsari, a Saudi student who came to the United States to carry out terrorist attacks. Instead, Reid is serving a life sentence without parole. Abdulmutallab awaits sentencing. And Aldawsari's trial will begin this year.

Another 14 jihadist terrorists, who were foreign nationals, would find themselves in military custody instead of U.S. prisons. These would include three of the six men involved in the 2005 Fort Dix plot, one of whom is serving a sentence of life plus 30 years, while the other two are serving life sentences. It would also include three of the conspirators in the 2007 John F. Kennedy Airport plot who were foreign nationals and were extradited to the United States for trial. One of them is now serving a life sentence, another is serving a 15-year sentence, and the third, who had a lesser role in the plot and who testified against the others, received a four-year sentence. Finally, the one foreign national involved in the plot to blow up a synagogue in Brooklyn is serving a 25-year sentence.

In sum, even in the absence of the NDAA, terrorists have not escaped punishment. In fact, prosecutors obtained convictions in almost 90 percent of the terrorism-related cases. And most of the men involved in terrorist plots are now in prison for the rest of their lives.

The legal process that put them there was entirely transparent. Stripped of their political pretensions, those charged with terrorism-related crimes have been brought before the courts as ordinary criminals. Judges and juries decide their guilt not on their basis of the defendants' beliefs but on the basis of their actions. Whether indefinite detention without trial or military custody for the small number of accused would have produced a significantly better outcome is debatable....

Brian Michael Jenkins initiated the RAND Corporation's research program on terrorism in 1972 and currently serves as Senior Adviser to the President of RAND. His latest book is The Long Shadow of 9/11: America's Response to Terrorism.

This commentary originally appeared on Foreign Affairs on February 1, 2012. Commentary gives RAND researchers a platform to convey insights based on their professional expertise and often on their peer-reviewed research and analysis.