The Real Cost of Healthcare 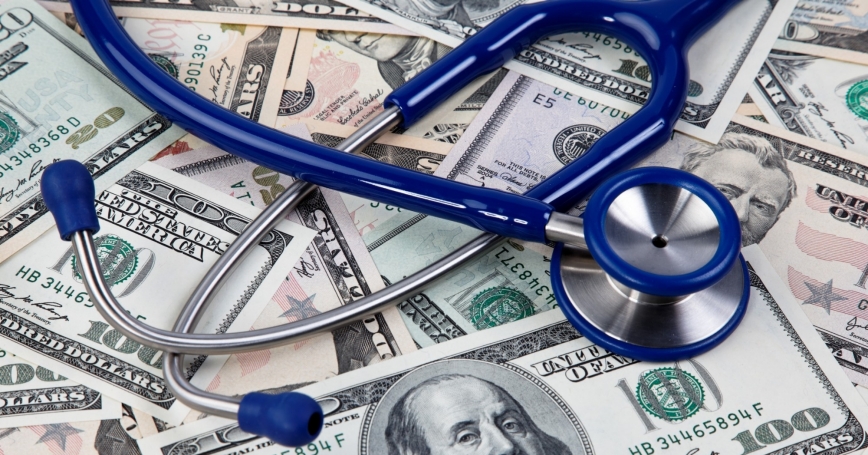 Art Kellermann, a doctor and vice president of RAND Health, a division of the RAND Corp., responds to Christopher J. Conover of Duke University's Center for Health Policy and Inequalities Research and the American Enterprise Institute, on the issue of how much is too much money for the nation to pay for healthcare. Conover's Op Ed, "Healthcare wasn't broken," was published March 15.

Recently on these pages, Christopher J. Conover dismissed as misinformed those who are alarmed about America's high rate of healthcare spending. He declared that the U.S. spends only 1.5% more on healthcare than it should — and we can afford it. "[T]hroughout the world, as income rises," he wrote, "so does willingness to pay for healthcare."

The late Sen. Daniel Patrick Moynihan famously observed, "You are entitled to your own opinion, but not your own facts." Here are the facts he ignored:

The U.S. spends far more on healthcare — per capita and as a percentage of GDP — than any other nation on Earth, according to the Organization for Economic Cooperation and Development. In 2010, that amounted to approximately $2.6 trillion. Each year, we Americans not only pay more for private health insurance than the citizens of other OECD countries; we also spend more on out-of-pocket healthcare expenses. And on top of that, we devote more tax dollars, per person, to healthcare than the Swedes, the French, the Germans, the Canadians or the British.

Can our country afford to spend this much? Of course not. Healthcare spending is siphoning federal and state money from other urgent priorities, including deficit reduction, defense, education and law enforcement. High healthcare costs hinder American businesses' ability to compete in the global marketplace. Many U.S. companies are deterred from offering coverage to their employees by the high costs of healthcare.

What's worse, healthcare costs are growing much faster than America's economy. Between 1999 and 2009, spending on healthcare in the U.S. rose from $1.3 trillion a year to $2.6 trillion based on federal data — a growth rate roughly twice that of inflation. As a result, the share of the nation's GDP devoted to healthcare reached 17.9%, up from 13.8% a decade earlier.

When the U.S. economy slid into recession, healthcare costs continued to grow. In 2009, as the economy bottomed out and millions lost their jobs, healthcare spending still grew by 3.8%. In other words, while nearly every other segment of the U.S. economy was losing ground, American businesses, families and the public sector had to spend nearly $100 billion more on healthcare than they spent year before.

To translate such gigantic sums into a number that people can understand, my colleague David Auerbach and I combined data from several sources to calculate what a decade of healthcare cost growth did to the take-home pay of a middle-class family. We based our analysis on a median-income married couple with two kids and employer-sponsored health insurance.

Things would have turned out dramatically better if healthcare costs had risen at a more reasonable pace. If those costs had tracked the consumer price index, by the end of the decade our median-income family of four would have had $5,400 more per year to spend on other priorities. One can only wonder what that might have meant for the U.S. economy.

What do we have to show for all of this spending? Lots of testing and treatment, but not enough health. Recently, a RAND study compared 16 high-income countries to see how well they prevented deaths from medical conditions we know how to treat. The U.S. finished dead last.

In "Good to Great," a business classic, Jim Collins wrote that highly successful companies "confront the brutal facts (but never lose faith)." No nation on Earth can match the U.S. when we pull out the stops to help an individual patient. But the healthcare system fails too many, too often, and at too high of a price.

Only by confronting the brutal facts — but never losing faith — can we hope to improve America's costly and underperforming healthcare system into the high-value system Americans need and deserve.

Arthur L. Kellermann is vice president and director of RAND Health and holds the Paul O'Neill Alcoa Chair in Policy Analysis at the RAND Corporation.

This commentary originally appeared in Los Angeles Times on March 29, 2012. Commentary gives RAND researchers a platform to convey insights based on their professional expertise and often on their peer-reviewed research and analysis.