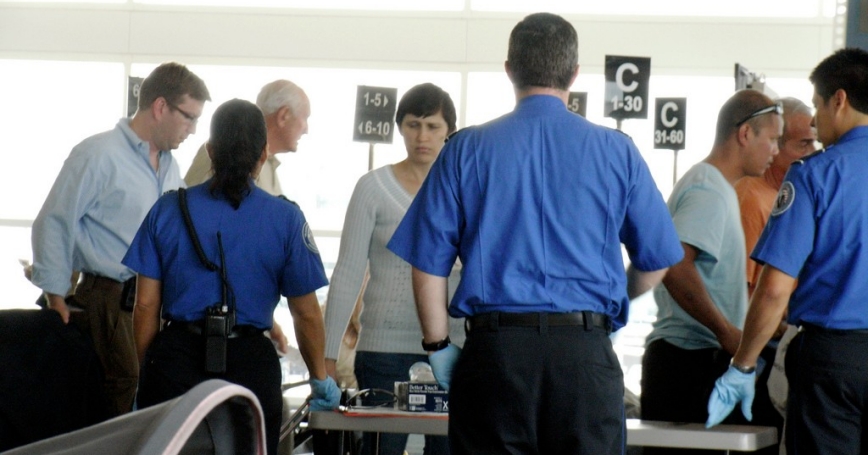 Many more airline travelers are about to get through airport security a lot faster. The Transportation Security Administration recently announced plans to expand its pilot "Pre-check" program to 28 additional airports this year, up from the current seven. Pre-check focuses on pre-screening travelers who volunteer for the program, although it does not guarantee that a participant will receive expedited screening. Eligibility for faster screening is based on establishing a low-risk score calculated for each trip.

Though this is an overdue advance in security, it does not address some larger issues surrounding America's airports. There are three additional steps that could be taken:

First, stop relying on scanners and pat-downs as the primary method for screening passengers. The vast majority of security, especially on domestic flights, comes from locked cockpit doors, heightened awareness among passengers and crews, and better visa management.

Body scanners are expensive, are slow and have high false alarm rates. Those drawbacks necessitate extra pat-downs, which was the case with Sen. Rand Paul, R-Ky., in January. TSA agents stopped him from boarding after he triggered an alarm but refused the pat-down. The body scanners and pat-downs could be applied as secondary measures, or as a random additional check.

Second, crack down on offensive acts by the TSA at checkpoints. News media coverage is replete with stories of broken urostomy bags, lengthy detention over whether breast milk is a medical liquid, questionable demands to remove clothing, theft of goods by TSA personnel, and other issues. Although the TSA videotapes activity at checkpoints, it does not use the recordings to report to the public on its performance. Moreover, the recordings often cover a wide area without a detailed view. In the case of Sen. Paul, the view is obstructed. Videotaping in public is a protected right, and travelers should be encouraged to add their own videos to a public archive.

If videotapes were reviewed by the TSA or independent analysts, we might better understand how checkpoint confrontations occur. The RAND Corporation has used a similar method — recording traffic stops — to evaluate police-community relations in Cincinnati. The tapes showed that both officers and motorists were in some cases rude, but also revealed where the officer could be trained to prevent the situation from escalating.

Third, empower the traveler. Currently, after a passengers pass through a metal detector, even if they do not set off the alarm, the machine randomly selects some travelers for supplemental screening. The machine shows the TSA agent, but not the traveler, when someone is selected. One simple, but psychologically powerful, change would be to let the traveler push a button after clearing the metal detector, which in turn instantly shows the passenger whether he or she has been randomly selected for additional screening. Customs agencies around the world use this approach. This would protect the TSA from accusations of manipulating selection for secondary screening based on race, gender and other factors.

These changes would go a long way toward restoring balance at TSA checkpoints and would also help shorten the long lines, which increase risk by creating an attractive terrorist target.

Methods employed by the TSA over the past 18 months have led to long passenger waits, stressful interactions with agents and aggravation for many travelers. These changes would heighten security while also improving the experience of travelers.

This commentary originally appeared in USA Today on March 7, 2012. Commentary gives RAND researchers a platform to convey insights based on their professional expertise and often on their peer-reviewed research and analysis.