Al Qaeda Is Far from Defeated 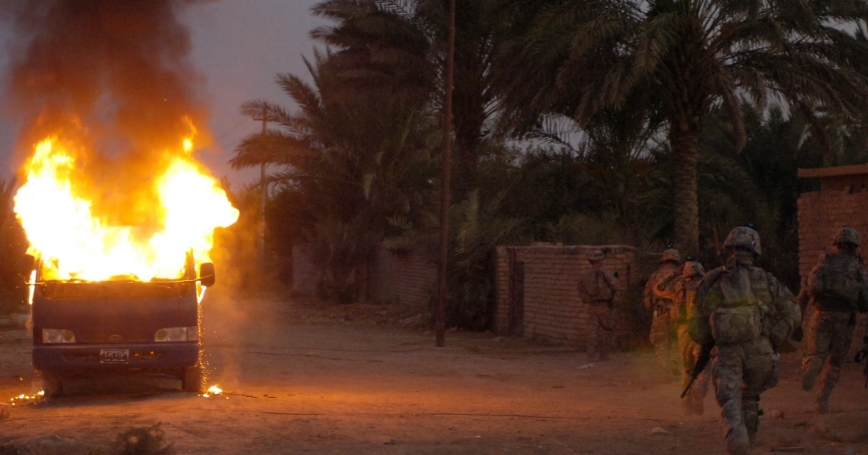 While the U.S. prepares a strategic shift toward the Far East, evidence mounts that the terrorist organization is resurgent in the Muslim world.

A year after U.S. forces killed Osama bin Laden, most policymakers and pundits believe al Qaeda is near collapse. "Another nail in the coffin," one senior U.S. official told me after the death of an al Qaeda operative in Pakistan last month from a U.S. drone strike. In testimony before the Senate in February, Director of National Intelligence James Clapper said the core al Qaeda is likely becoming of "symbolic importance."

This conclusion is presumptuous. As the administration looks eastward—a strategy that incorporates China's rise—underestimating al Qaeda would be a dangerous mistake. With a handful of regimes teetering from the Arab Spring, al Qaeda is pushing into the vacuum and riding a resurgent wave as its affiliates engage in a violent campaign of attacks across the Middle East and North Africa.

Take a look around the Arab world.

In Yemen, al Qaeda in the Arabian Peninsula has increased control in such provinces as Shabwah and Abyan, as the central government in Sana faces a leadership crisis and multiple insurgencies. From this sanctuary, al Qaeda continues to plot attacks against the U.S. homeland, according to U.S. government assessments, ranging from plans for bombs hidden in cameras and printer cartridges to ones surgically implanted in humans and animals.

Across the Gulf of Aden in Somalia, militants of the al Qaeda affiliate al Shabaab bombarded the city of Baidoa in April, trying to expand their foothold in southern portions of the country. With a growing number of American citizens from cities like Minneapolis and Phoenix traveling to—and from—Somalia to fight alongside al Shabaab, there is an increasing likelihood that radicalized operatives could perpetrate an attack in the United States. A report last year by the House Committee on Homeland Security found that al Shabaab had recruited at least 40 Somali-Americans from immigrant communities in the U.S.

Another trend pointing to al Qaeda's resurgence is the size of its global network. Since Sept. 11, 2001, it has expanded the number of affiliated groups. Along with Somalia's al Shabaab, they now include al Qaeda in Iraq—which is increasing its foothold in Baghdad, Diyala and Saladin provinces. Also active are al Qaeda in the Arabian Peninsula and, in North Africa, al Qaeda in the Islamic Maghreb. The leaders of these affiliates have sworn bayat, or loyalty, to al Qaeda leader Ayman al-Zawahiri and provided him with funding, global influence, and a cadre of trained fighters. None of these organizations existed a decade ago.

Al Qaeda has also established relationships with a growing number of allied groups such as the Pakistani Taliban, Pakistan's Lashkar-e-Taiba and Nigeria's Boko Haram. While these are not formal members of al Qaeda, a loose arrangement allows them to cooperate with al Qaeda for specific operations or training when their interests converge. And several of them—the Tehreek-e-Taliban Pakistan and Lashkar-e-Taiba—have been actively recruiting in the U.S.

As for al Qaeda's own leadership in Pakistan—it is not dead, despite claims from some U.S. officials. Ayman al-Zawahiri took over as leader of al Qaeda after bin Laden's death, and Abu Yahya al-Libi, the head of al Qaeda's religious committee, became his deputy. They are flanked by a new cast of operatives such as Hamza al-Ghamdi (a top facilitator for Zawahiri), Abd al-Rahman al-Maghrebi (media committee), and Abu Zayd al-Kuwaiti al-Husaynan (religious committee).

To be sure, security concerns have prohibited al Qaeda's central shura, or council, from playing a major strategic and operational role overseas, at least for the moment. The shura can't meet as a group anymore and its members spend an inordinate amount of time simply trying to survive. Yet as America's relationship with Pakistan continues to deteriorate, how long will the U.S. be able to pressure a state whose intelligence service has ties with some of al Qaeda's allies, such as the Haqqani network and Lashkar-e-Taiba?

Finally, there is the fact that attacks by al Qaeda and its affiliates have increased over the past several years, according to data from the Global Terrorism Database at the University of Maryland. Even since bin Laden's death, al Qaeda affiliates have maintained a steady operational tempo. According to U.S. government data, al Qaeda in Iraq has conducted more than 200 attacks and killed more than a thousand Iraqis since the bin Laden raid—a jump from the previous year.

Despite all this evidence that al Qaeda is regrouping, the Obama administration is turning its attention toward the Far East. It has pulled U.S. military forces out of Iraq and plans to have them out of Afghanistan in 2014. The first tranche of Marines to be withdrawn from Afghanistan has already landed in Australia as part of America's most significant expansion in the Pacific since the end of the Vietnam War. The Department of Defense's new strategic guidance, released in January with a forward by President Obama, concludes that the U.S. will continue to conduct some counterterrorism but now "rebalance toward the Asian-Pacific region."

Addressing U.S. interests in the Far East is important, but not if it means losing focus on America's most pressing danger zone: the arc running from North Africa to the Middle East and South Asia that is the heart of al Qaeda's territory. In Afghanistan and Pakistan, U.S. special operations and other combat forces will be needed to target militants and train Afghan forces well after 2014. The same is true in Yemen, Somalia and other countries across the region, where U.S. forces—especially clandestine special operations, intelligence units and law enforcement—must play a critical, long-term role in targeting al Qaeda and building local capacity.

Al Qaeda is far from dead. Acting as if it were will not make it so.

Jones, author of "Hunting in the Shadows: The Pursuit of Al Qa'ida Since 9/11," out this week from Norton, is a senior political scientist at the RAND Corporation and former senior adviser at U.S. Special Operations Command.

This commentary originally appeared in The Wall Street Journal on April 29, 2012. Commentary gives RAND researchers a platform to convey insights based on their professional expertise and often on their peer-reviewed research and analysis.