Book Review: 'Why Nations Fail' by Daron Acemoglu and James A. Robinson 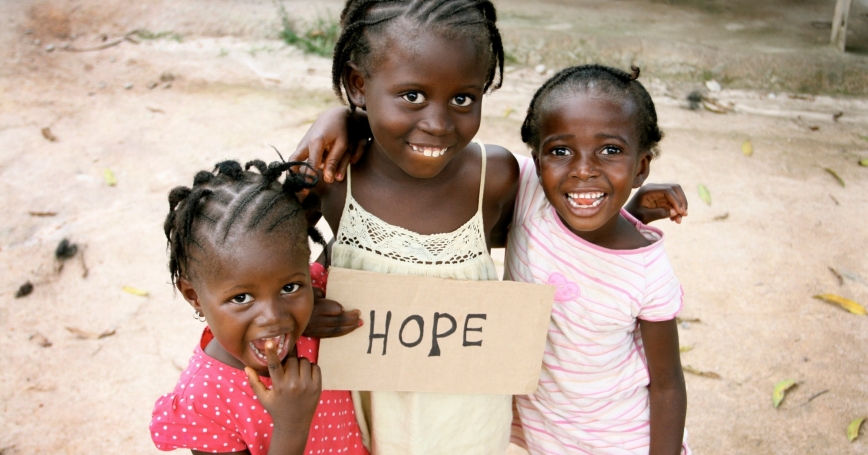 "Why Nations Fail" is a sweeping attempt to explain the gut-wrenching poverty that leaves 1.29 billion people in the developing world struggling to live on less than $1.25 a day. You might expect it to be a bleak, numbing read. It's not. It's bracing, garrulous, wildly ambitious and ultimately hopeful. It may, in fact, be a bit of a masterpiece.

The authors' answer is simple: "institutions, institutions, institutions." They are impatient with traditional social-science arguments for the persistence of poverty, which variously chalk it up to bad geographic luck, hobbling cultural patterns, or ignorant leaders and technocrats. Instead, "Why Nations Fail" focuses on the historical currents and critical junctures that mold modern polities: the processes of institutional drift that produce political and economic institutions that can be either inclusive — focused on power-sharing, productivity, education, technological advances and the well-being of the nation as a whole; or extractive — bent on grabbing wealth and resources away from one part of society to benefit another.

To understand what extractive institutions look like, consider les Grosses Legumes (the Big Vegetables), the sardonic Congolese nickname for the obscenely pampered clique around Mobutu Sese Seko, the strongman who ruled what is now the Democratic Republic of the Congo from 1965 to 1997. When Mobutu decreed that he wanted a palace built for himself at his birthplace, the authors note, he made sure that the airport had a landing strip big enough to accommodate the Concordes he liked to rent from Air France. Mobutu and the Big Vegetables weren't interested in developing Congo. They were interested in strip-mining it, sucking out its vast mineral wealth for themselves. They were, at best, vampire capitalists.

But the roots of Congo's nightmarish poverty and strife go back centuries. Before the arrival of European imperialists, what was then known as the Kingdom of Kongo was ruled by the oligarchic forerunners of the Big Vegetables, who drew their staggering wealth from arbitrary taxation and a busy slave trade. And when the European colonists showed up, they made a dreadful situation even worse — especially under the rapacious rule of King Leopold II of Belgium.

When Congo finally won its independence in 1960, it was a feeble, decentralized state burdened with a predatory political class and exploitative economic institutions — too weak to deliver basic services but just strong enough to keep Mobutu and his cronies on top; too poor to provide for its citizenry but just wealthy enough to give elites something to fight over.

Acemoglu and Robinson argue that when you combine rotten regimes, exploitative elites and self-serving institutions with frail, decentralized states, you have something close to a prescription for poverty, conflict and even outright failure. "Nations fail," the authors write, "when they have extractive economic institutions, supported by extractive political institutions that impede and even block economic growth."

But even as vicious cycles such as Congo's can churn out poverty, virtuous cycles can help bend the long arc of history toward growth and prosperity. Contrast the conflict and misery in Congo with Botswana — which, when it won its independence in 1966, had just 22 university graduates, seven miles of paved roads and glowering white-supremacist regimes on most of its borders. But Botswana today has "the highest per capita income in sub-Saharan Africa" — around the level of such success stories as Hungary and Costa Rica.

How did Botswana pull it off? "By quickly developing inclusive economic and political institutions after independence," the authors write. Botswana holds regular elections, has never had a civil war and enforces property rights. It benefited, the authors argue, from modest centralization of the state and a tradition of limiting the power of tribal chiefs that had survived colonial rule. When diamonds were discovered, a far-sighted law ensured that the newfound riches were shared for the national good, not elite gain. At the critical juncture of independence, wise Botswanan leaders such as its first president, Seretse Khama, and his Botswana Democratic Party chose democracy over dictatorship and the public interest over private greed.

In other words: It's the politics, stupid. Khama's Botswana succeeded at building institutions that could produce prosperity. Mobutu's Congo and Robert Mugabe's Zimbabwe didn't even try. Acemoglu and Robinson argue that the protesters in Egypt's Tahrir Square had it right: They were being held back by a feckless, corrupt state and a society that wouldn't let them fully use their talents. Egypt was poor "precisely because it has been ruled by a narrow elite that has organized society for their own benefit at the expense of the vast mass of people."

Such unhappy nations as North Korea, Sierra Leone, Haiti and Somalia have all left authority concentrated in a few grasping hands, which use whatever resources they can grab to tighten their hold on power. The formula is stark: Inclusive governments and institutions mean prosperity, growth and sustained development; extractive governments and institutions mean poverty, privation and stagnation — even over the centuries. The depressing cycle in which one oligarchy often replaces another has meant that "the lands where the Industrial Revolution originally did not spread remain relatively poor." Nothing succeeds like success, Acemoglu and Robinson argue, and nothing fails like failure.

So what about China, which is increasingly cited as a new model of "authoritarian growth"? The authors are respectful but ultimately unimpressed. They readily admit that extractive regimes can produce temporary economic growth so long as they're politically centralized — just consider the pre-Brezhnev Soviet Union, whose economic system once had its own Western admirers. But while "Chinese economic institutions are incomparably more inclusive today than three decades ago,"China is still fundamentally saddled with an extractive regime.

In fairly short order, such authoritarian economies start to wheeze: By throttling the incentives for technological progress, creativity and innovation, they choke off sustained, long-term growth and prosperity. ("You cannot force people to think and have good ideas by threatening to shoot them," the authors note dryly.) Chinese growth, they argue, "is based on the adoption of existing technologies and rapid investment," not the anxiety-inducing process of creative destruction that produces lasting innovation and growth. By importing foreign technologies and exporting low-end products, China is playing a spirited game of catch-up — but that's not how races are won.

So how can the United States help the developing world? Certainly not by cutting foreign aid or conditioning it; as the authors note, you'd hardly expect someone like Mobutu to suddenly chuck out the exploitative institutions that underpin his power "just for a little more foreign aid," and even a bit of relief for the truly desperate, even if inefficiently administered, is a lot better than nothing. But ultimately, instead of trying to cajole leaders opposed to their people's interests, the authors suggest we'd be better off structuring foreign aid so that it seeks to bring in marginalized and excluded groups and leaders, and empowers broader sections of the population. For Acemoglu and Robinson, it is not enough to simply swap one set of oligarchs for another.

"Why Nations Fail" isn't perfect. The basic taxonomy of inclusive vs. extractive starts to get repetitive. After chapters of brio, the authors seem almost sheepish about the vagueness of their concluding policy advice. And their scope and enthusiasm engender both chuckles of admiration — one fairly representative chapter whizzes from Soviet five-year plans to the Neolithic Revolution and the ancient Mayan city states — and the occasional cluck of caution.

It would take several battalions of regional specialists to double-check their history and analysis, and while the overall picture is detailed and convincing, the authors would have to have a truly superhuman batting average to get every nuance right. Their treatment of the Middle East, for instance, is largely persuasive, but they are a little harsh on the Ottoman Empire, which they basically write off as "highly absolutist" without noting its striking diversity and relatively inclusive sociopolitical arrangements, which often gave minority communities considerably more running room (and space for entrepreneurship) than their European co-religionists.

Acemoglu and Robinson have run the risks of ambition, and cheerfully so. For a book about the dismal science and some dismal plights, "Why Nations Fail" is a surprisingly captivating read. This is, in every sense, a big book. Readers will hope that it makes a big difference.

Warren Bass is a senior political scientist at the RAND Corporation and a former adviser to U.S. ambassador to the United Nations Susan Rice.

This commentary originally appeared in The Washington Post on April 20, 2012. Commentary gives RAND researchers a platform to convey insights based on their professional expertise and often on their peer-reviewed research and analysis.