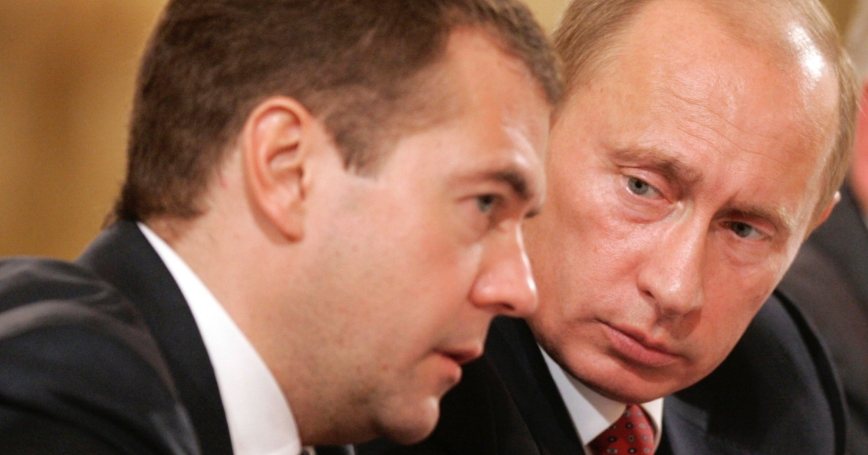 Russia Protests Are Overblown by West—Putin Is Here to Stay

Mesmerized by Moscow protests, Western observers predict President-elect Vladimir Putin's demise. But the politically active middle class is small and limited. US policy must be based on a realistic analysis of Putin's support, not unfounded assessments that he's on his last legs.

A fairy tale is enchanting the West — the end of the Putin era. Scarcely a day goes by without some Western observer or pundit announcing the demise of Russian President-elect Vladimir Putin. The mass protests in Moscow and other large cities since the parliamentary elections in early December are portrayed as signaling "the beginning of the end of Putin era." Some observers predict that Putin will be unable to serve his full six-year term.

However, these assessments are based more on wishful thinking — and groupthink — than on hard facts. The protests represent the emergence in Russia of a bold and politically active middle class that is fed up with the growing corruption and constraints on basic political rights under Mr. Putin and his successor, current President Dmitri Medvedev.

Yet one should not exaggerate the political influence of this middle class. While highly active and vocal, it is relatively small and limited to Moscow and a few other large Russian cities. Outside these cities, support for Putin is much stronger and more widespread. Voters in these areas are far from satisfied with conditions. But they fear political change could bring a return to the chaos and instability of the Yeltsin years. For them, Putin represents stability and a barricade against things getting worse.

This factor is overlooked by many Western pundits and analysts. Mesmerized by the protests in Moscow, many analysts predicted that Putin would not receive 50 percent of the votes in the first round and would be forced into a second round run-off. However, Putin won 64 percent of the vote in the first round — significantly less than the support he received in the presidential elections in his first two terms, but a respectable victory nonetheless.

This is not to suggest that Putin is a born-again democrat or that Washington should overlook the seedy aspects of his rule. But if US policy is to be successful, it must be based on a realistic analysis of Putin's support and the political balance of forces in Russia. It cannot be based on unfounded assessments that Putin is on his last legs and likely be forced into early retirement, as some Western observers have suggested.

To be sure, Putin faces a very different Russia than one he ruled 12 years ago. During his first tenure as president, he benefited from high oil prices that provided an economic cushion and allowed Russia to recover economically much more quickly than many observers expected. The improvement in the economy was the main reason for Putin's high approval ratings during his first two terms as president.

He is not likely to be so lucky this time around. Barring a major international crisis (such as a military strike against Iran by Israel or the United States), oil prices are expected to remain relatively stable during the next few years. Thus Putin cannot count on the economic windfall that he enjoyed in his first two terms. This will make it much more difficult for him to meet the rising economic demands and expectations of the Russian population.

Putin also has to deal with a more politically restive and assertive urban middle class. A lot will depend on how the political opposition evolves. As long as the pressure for greater transparency and political change remains limited to the middle class in Moscow and a few urban areas, its political impact is likely to be limited. To have a serious political impact, the protest movement needs to expand its political base and develop links to other social groups outside the major Russian cities.

The Polish experience in the late l980s provides an important example in this regard. Solidarity would never have been able to pose a serious challenge to communist rule in Poland if it had remained limited to the intellectual elite in Warsaw and Krakow. It was the close ties between the liberal intellectuals in those cities and the working class trade union movement that made Solidarity a formidable political force and enabled it to pose a strong challenge to the ruling communist elite.

The political opposition in Russia could draw lessons from the Polish experience and develop close ties to other social groups outside the major Russian cities. Otherwise it is likely to remain a vocal but politically marginal force with little chance of posing a serious threat to Putin's rule and achieving its democratic goals.

This commentary originally appeared in Christian Science Monitor on April 17, 2012. Commentary gives RAND researchers a platform to convey insights based on their professional expertise and often on their peer-reviewed research and analysis.