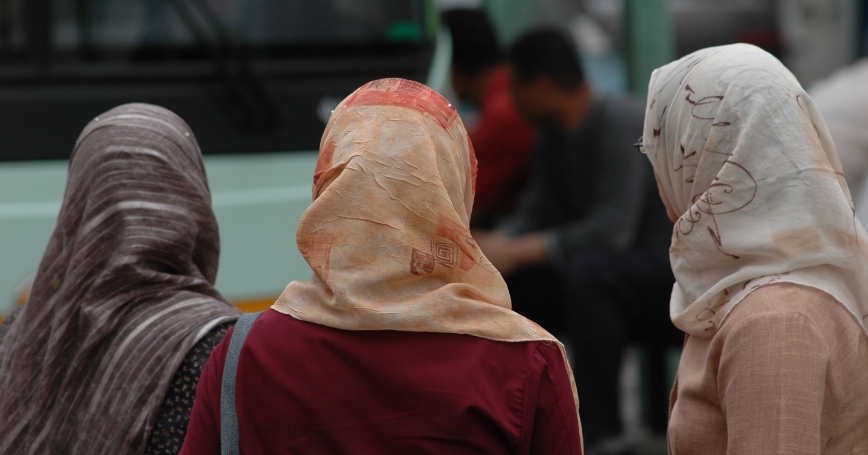 Women are becoming more lethal. In jihadist organizations — including even Al Qaeda, which had long banned females from violent roles — women are increasingly taking part in terrorist actions.

Since 1985, terrorism's so-called invisible women have accounted for a quarter of fatal attacks in Iraq, Egypt, Israel, Lebanon, Chechnya, Sri Lanka, Morocco and Palestine. My research found that by mid-2008, women had acted as suicide bombers 21 times in Iraq's markets and other civilian venues patronized by Shiites.

Other research has demonstrated that since 2002 women have carried out fully 50% of suicide attacks in Sri Lanka, Turkey and Chechnya.

So why do we think of violent jihadists as largely male? One reason is that terrorism observers, mostly men who have historically focused on men at war, tend to view women who participate in acts of terrorism as exceptions. Given women's increasingly violent roles in jihadist organizations, however, researchers overlook females as effective killers at our peril.

Chechen women have been so successful as terrorists that Chechen leadership has now shifted to using them more than men. The Sri Lankan terrorist organization Liberation Tigers of Tamil Eelam managed to kill India's prime minister in a one-on-one suicide attack because a female terrorist was able to get close to him where a male terrorist might have had more difficulty.

The increasing participation in violence by female jihadists represents, in part, a generational shift in their attitudes toward violence. In the past, these women seldom went beyond such activities as gun-running, harboring fugitives, fund-raising and intelligence — activities that oiled the terrorist machine and enabled it to operate smoothly but kept women at a remove from violence. Now many are no longer content to sit on the sidelines.

In 2008, Ayman Zawahiri, then second in command of Al Qaeda and perhaps now its leader, allowed no female bombers in Al Qaeda. He told female supporters their role was to stay home and raise children. But then the next year his wife, Omaima Hassan, defied him and went online to encourage women to become more active in jihad.

Part of the reason male jihadists have accepted more female participation is that terrorist organizations have lost many men through counter-terrorism. As women have volunteered to become suicide bombers, they proved to be highly successful in hiding their bombs — and their intent to use them — under religious clothing. They raise fewer suspicions, and male jihadists appreciate that women can take advantage of the lack of female security personnel and gender-biased enforcement to get closer to their targets.

For their part, a younger generation of female jihadists has come to believe that acts of violence can be just as liberating politically and spiritually for women as for men. A religious woman can deflect her parents' or husband's objections by invoking the name of religion, which trumps all.

The new mantra is "even women must fight."

The U.S. has also produced its female terrorists. "Jihad Jane," born Colleen R. LaRose, seemed to self-radicalize via the Internet. She recruited a female Muslim convert, Jamie Paulin-Ramirez, who moved with her 6-year-old son to Europe to take part in jihad. LaRose was arrested in 2009 and eventually charged with several terrorism-related crimes. She pleaded guilty to all counts.

Other indictments of U.S. women have linked them to supporting roles in terrorist organizations (including Al Qaeda and Hezbollah) in Somalia, Afghanistan, Egypt and Britain.

The women-as-terrorist trend is highly likely to continue. Al Qaeda recently launched an Arabic-language magazine targeting women — much as its English-language magazine, Inspire, targets men — and urging them to take up the jihadist mantle. In their writings for the magazine, women also attempt to shame men for not being active enough.

As women step up their participation, terrorist-watchers need to keep pace. Terrorism's "invisible women" need to be counted and countered not only by the U.S., but by all countries that harbor them.

Karla Cunningham is a political scientist at the RAND Corporation. She writes regularly on female terrorism.

This commentary originally appeared in Los Angeles Times on April 4, 2012. Commentary gives RAND researchers a platform to convey insights based on their professional expertise and often on their peer-reviewed research and analysis.