The Path to the Right Active/Reserve Mix: You Need to Understand Cost Per Output 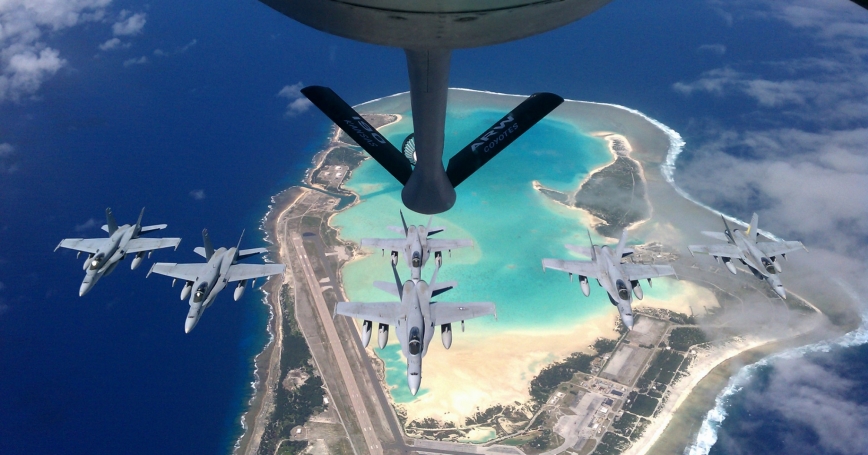 by Albert A. Robbert

In an article posted on Thursday, April 12 ("Another path to airpower: Creating the militia U.S. Air Force of the 21st century"), Luke Ahmann asserts that "a recent RAND study determined that a full time force is cheaper than a part time force." As the leader of that study—which will be published in the near future, following peer review and editing—I can attest that we determined something entirely different. We looked at costs incurred in four fleets—C-130s, KC-135s, C-17s, and F-16s—during the five-year period from fiscal year 2006 through 2010. Force structure in each of these aircraft types is spread among active, Air Force Reserve, and Air National Guard units. Considering the prevailing operating characteristics of active and reserve units, we looked for the lowest-cost active/reserve mix that would have provided the same total fleet sizes and the same level of support for ongoing operational and aircrew proficiency flying demands. In each case, we found that a mix of active and reserve units, rather than a full-time, active-duty-only force, would provide the lowest overall costs.

Our study has been disconcerting to most reservists who have seen it, because we found that the cost-minimizing mix in three of the four fleets would have been tilted more toward the active component.

We called into question the reserve components' long-held assumption that their units are the least expensive alternative in any force structure consideration. We found that reserve-unit annual costs per owned aircraft are indeed uniformly lower than active-unit costs, primarily because reserve units do not fly their aircraft as much. But active units tend to be much larger than reserve units, and their resulting economies of scale often allow them to operate at a lower cost per flying hour than reserve units. Additionally, the ratio of operational flying hours to training flying hours is much higher in active units than in reserve units.

Before reservists can argue, as Ahmann does, that cost considerations favor a shift toward the reserve components, they need to be more comprehensive in observing actual unit-level expenditures and more inclusive in measuring what the nation gets in return for those expenditures. The cost of providing ready aircrews, maintainers, and aircraft is one measure. But the cost of generating flying hours and satisfying ongoing operational demands must also be considered.

Steps can be taken to bring reserve units' flying hour costs down (e.g., by concentrating their force structure in fewer, larger units) and to increase their operational flying hours, and these changes in turn would shift the low-cost mix toward the reserve components. In my discussions with reservists, I've found that most are genuinely surprised to learn that their flying hour costs often do not compare favorably to active units' costs, but they all understand the need to play a larger role in meeting operational demands. The path to a larger role for the reserve components in a cost-effective Air Force lies through improvements in these two metrics.

Albert A. Robbert is a senior policy researcher at the RAND Corporation, a nonprofit, nonpartisan research organization.

This commentary originally appeared on Foreign Policy on April 16, 2012. Commentary gives RAND researchers a platform to convey insights based on their professional expertise and often on their peer-reviewed research and analysis.