Helping Kids Cope with the Effects of Violence and Trauma 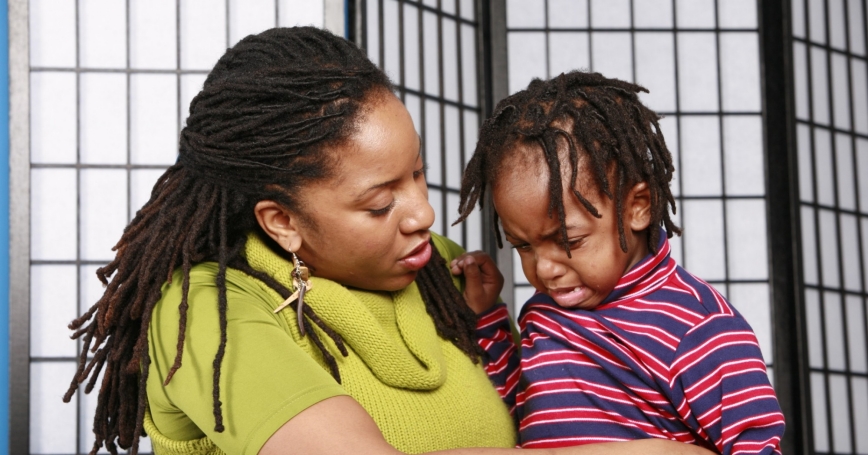 Continuing our efforts to support awareness of mental health issues during National Mental Health Month, we turn to how violence and trauma affect children. The impact of violence and trauma on children has led RAND and its partners to focus not only on studying the problem, but working collaboratively to find interventions that help address a significant public health need. Indeed, children's exposure to violence is a significant health issue in the United States. Between 20 percent and 50 percent of children every year are touched by violence, either as victims or, even more commonly, as witnesses. Even more are exposed to natural disasters, accidents, or the traumatic loss of a loved one. The emotional impact may be profound. Children exposed to violence frequently develop post-traumatic stress symptoms. They are more likely to have behavioral problems, poorer school performance, more days of school absence, and feelings of depression and anxiety. Violence affects all racial, ethnic, and economic groups, but its burden falls disproportionately on poor and minority children—the same children whose mental health needs are least likely to be met by the health care system.

School settings can be a promising setting for addressing this gap in the mental health care system. Therefore, a team of clinician-researchers from RAND and several other institutions in the Los Angeles area (UCLA, Los Angeles Unified School District, and USC) collaborated to develop, implement, and evaluate a school-based program designed to help children traumatized by violence.

The program, known as the Cognitive-Behavioral Intervention for Trauma in Schools (CBITS), has proven to be an effective intervention in reducing symptoms of post-traumatic stress and depression in students exposed to violence. Children who completed the program showed evidence of feeling less anxiety and stress and performing better in school. Delivered by school mental health clinicians, the program produced consistent results that persisted over time. The program was also well accepted by students, parents, and teachers. Later, a version of CBITS known as the Support for Students Exposed to Trauma (or SSET) was developed so that it could be delivered to students by regular school staff with no mental health training.

Following the initial successful trials in the Los Angeles area, CBITS and SSET have been implemented widely across the United States and abroad. A new website that provides free online training and support for mental health professionals to deliver CBITS is now accessible to the public.

Given the risk to children's health and well-being from CEV, there is a real need for effective prevention and intervention programs. But, despite some progress in identifying evidence-based models and practices, programs to date are limited in their reach (e.g., are limited to particular age ranges, settings, or symptoms), and few have been well tested in community settings. Demonstration projects have rarely moved beyond the description phase and into rigorous test interventions and impact evaluations. This means that community practitioners have little research to draw on when attempting to address the needs of the trauma-exposed families with whom they work.

RAND conducted the national evaluation of Safe Start Promising Approaches (SSPA), an initiative that involved 15 sites implementing promising and evidence-based interventions, delivered in community settings, intended to help children cope children's exposure to violence—to identify how well such programs work in reducing and preventing CEV's harmful effects. Overall, because of both methodological and programmatic issues, the outcomes evaluation revealed many inconclusive findings about the impact of interventions on child-level outcomes. However, the SSPA process evaluation identified many successes among the individual programs in implementing program goals, including developing procedures for increased CEV identification, improving communication and coordination among service providers, and establishing new inter-agency and community-wide partnerships to address service gaps for children and their families. These improvements have value in their own right and should be considered part of the legacy of the Safe Start Initiative.