Is the War on Terror Over? Not Yet. 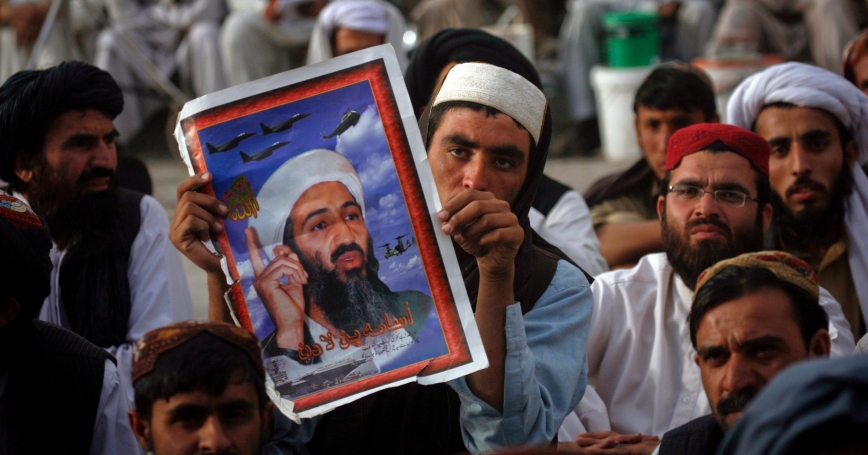 Supporters of Pakistani religious party Jamiat-e-Ulema-e-Islam hold an image of al-Qaeda leader Osama bin Laden during an anti-American rally in Quetta May 2, 2012

The War on Terror, whatever Washington chooses to call it, is far from over. To be sure, al Qaeda's operational capabilities have been degraded. Its once easily accessible training camps in Afghanistan have been dispersed. Its terrorist networks have been largely dismantled. Its leadership has been decimated by arrests and drone strikes. Its sinews of command are frayed.

Al Qaeda's old guard, now holed up on the border between Afghanistan and Pakistan, has been reduced to a few hundred men at most. Unprecedented cooperation among intelligence services and law enforcement worldwide has made al Qaeda's operating environment more hostile. The group has not been able to carry out a major successful terrorist attack in the West since 2005.

Al Qaeda today is far more dependent on its affiliates, on allied groups that have absorbed its ideology, and on its ability to inspire homegrown terrorists—whose turnout, thus far, has been meager.

Of course the death of Osama bin Laden one year ago had an impact. His life's story was inspirational. He was a charismatic communicator. By the time of his death, his terrorist plans were largely fantasies, but while he lived, he maintained al Qaeda's unity and focus. No successor speaks with his authority. And yet, his death did not end al Qaeda's struggle.

The world has moved on. The Arab uprisings seemed to demonstrate the irrelevance of al Qaeda's ideology. Protestors sought greater political freedom and economic opportunity, not the restoration of an 8th-century caliphate.

Some analysts see the "strategic defeat" of al Qaeda as something that could be achieved in a year or two. Al Qaeda sees things differently. Its PowerPoints portray a struggle that began centuries ago and will continue until Judgment Day. Al Qaeda can claim to have survived the infidels' mightiest blows, although it accepts that its armed struggle will transcend the lives of its current cohorts. Al Qaeda's affiliates remain active in the Arabian Peninsula, Iraq, North Africa, and Somalia, while its ideology has found resonance in the Sahara and the Sahel.

Its communications capabilities have improved. Its ideology has transcended its organization. True, Muslims have not risen up in response to al Qaeda's exhortations, but it has created a virtual army of followers on the Internet. Most of these would-be warriors remain vicarious participants, ready to boast and threaten online, where it is safe. But a handful of its dimmer, more determined zealots are motivated to action. Each year, authorities uncover new terrorist plots.

And while it is true that few of the protestors in Tunis, Cairo, Tripoli, and Saana were jihadists, al Qaeda applauded their success in overthrowing the hated tyrants who, in al Qaeda's view, governed these countries as puppets of the infidels. Less plausibly, al Qaeda claimed that 9/11 set in motion the events that ultimately led to the Arab Spring, fulfilling al Qaeda's hopes for a Muslim uprising that never transpired.

At the same time, al Qaeda has positioned itself to exploit future frustration. The failure of new governments to meet the demand for rapid economic development and jobs, machinations to keep Islamists out of power, or the renewal of political repression could provide al Qaeda with new recruiting posters. Meanwhile, al Qaeda has exploited the tumult to expand its operations, obtain weapons, and open new fronts. Al Qaeda is America's unwanted ally in Syria.

Al Qaeda has drawn the United States and its allies into a costly military effort in Afghanistan. U.S. and NATO forces are withdrawing soon. Afghan government forces may not be able to prevent the expansion of Taliban control, which in turn could give al Qaeda some breathing space, if not a launching pad for new terrorist attacks. Pakistan's travails offer al Qaeda and its Taliban allies additional opportunities.

Over time, al Qaeda could just fade away. Always resilient, it may morph to survive. Developments on any of several fronts might even enable it to rise again. In a long contest, surprises must be expected.

If al Qaeda will never acknowledge defeat, should the United States itself declare the war to be over? Apart from the obvious risks of claiming "Mission accomplished," it is uncertain what a unilateral declaration ending the war would look like, or what it might achieve. It could complicate counterterrorist efforts.

While the United States has been "combating terrorism" for decades, and will continue to do so, current U.S. operations against al Qaeda and the Taliban are sanctioned by the Authorization for the Use of Military Force, passed by Congress shortly after 9/11. This legislation is tantamount to a declaration of war. Rescinding it would remove the legal basis for the presence of American forces in Afghanistan, as well as American drone strikes and other special operations directed against al Qaeda targets elsewhere. Repeal would also raise questions about the legal basis for holding detainees and remove the president's authority to detain others as enemy combatants.

A thorough review of the authority ceded to the Executive Branch, along with other security measures imposed since 9/11 is in order. Temporary emergency measures ought not to become permanent features of the political landscape. And fiscal constraints demand that national defense and homeland security budgets be reviewed. It should be possible to reallocate national resources to other more productive investments. Some risks can be taken. But is the "war on terror" over? Not yet.

This commentary appeared on the National Journal's National Security blog.

Brian Michael Jenkins is senior adviser to the president of the RAND Corporation, a nonprofit research organization, and coeditor of the book, The Long Shadow of 9/11: America's Response to Terrorism (RAND, 2011).

This commentary originally appeared on National Journal on April 30, 2012. Commentary gives RAND researchers a platform to convey insights based on their professional expertise and often on their peer-reviewed research and analysis.