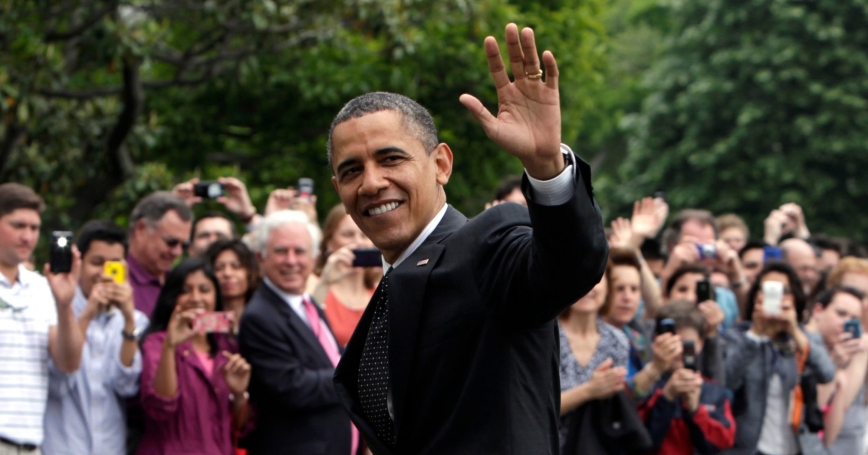 U.S. President Barack Obama waves as he walks on the South Lawn of the White House upon his return to Washington May 2, 2012 after a trip to Afghanistan

This is a response to a U.S. News & World Report Debate Club forum, "Is America Safer Under Barack Obama?"

Neophyte presidents of either party often make grievous early mistakes in the national security realm. John F. Kennedy was humiliated by Nikita Khrushchev in their first encounter and then launched the ill-fated Bay of Pigs invasion of Cuba. Bill Clinton stumbled badly in Somalia, failed to stop the genocide in Rwanda, and pulled U.S. troops out of Haiti long before any lasting effect could be achieved. George W. Bush can't be blamed for 9/11 but shoulders substantial responsibility for the failure to stabilize Afghanistan and Iraq once the regimes there had been overthrown.

Given time, presidential performance usually improves. Kennedy went on to skillfully defuse the Cuban Missile Crisis. Clinton achieved more enduring results in Bosnia and Kosovo. George W. Bush went a long way in his second term toward retrieving the missteps of his first, particularly in Iraq.

What is unusual with Obama is that he did not start at the bottom of the presidential learning curve. To the discomfort of many within his own constituency, he emphasized continuity over change in the national security realm. He chose to keep a Republican, Bob Gates, as his secretary of defense and Gen. David Petraeus as his principal military commander. He retained the staff of Defense, State, and CIA professionals on the White House staff, under Lt. Gen. Doug Lute, who had been managing both the Iraq and Afghan wars for George W. Bush. Obama executed Bush's announced withdrawal schedule in Iraq, tripled the number of U.S. troops in Afghanistan, and sought to apply many of the lessons learned during Bush's second term in that former conflict to the latter. Obama similarly built on and significantly escalated the war against al Qaeda.

On-the-job training is a necessary element of the American presidency, but so should be learning from the accomplishments, as well as the mistakes, of one's predecessor.

This commentary originally appeared on U.S. News & World Report, Debate Club on May 2, 2012. Commentary gives RAND researchers a platform to convey insights based on their professional expertise and often on their peer-reviewed research and analysis.