Okinawa Remains an Intractable Thorn for US and Japan 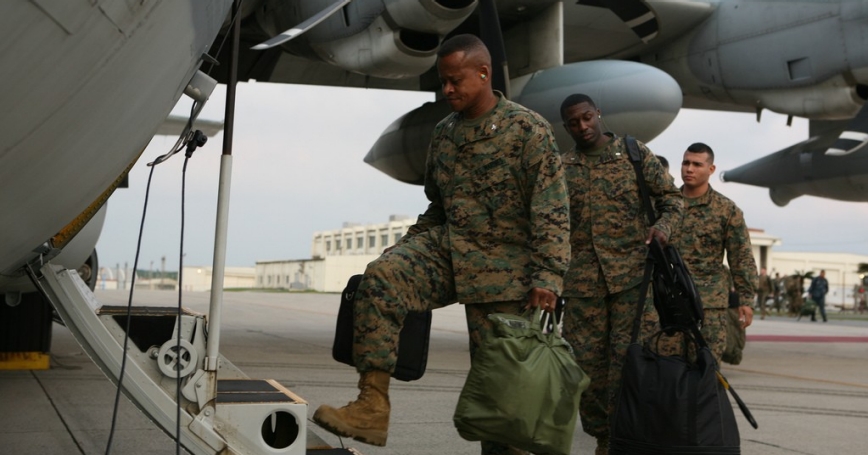 The latest plan to mitigate local opposition to America's military presence on the Japanese island of Okinawa fails to address serious problems rooted in the complex economic and security relationship among Tokyo, Washington, and Naha. While it may reduce friction with the local population, it is not likely to resolve the fundamental problems associated with the American military presence on Okinawa that in 2010 led to the downfall of Japanese Prime Minister Yukio Hatoyama.

The plan is at best an incremental advance in an enduring dispute that has long complicated US strategic planning in the Asia-Pacific theater. It calls for removing 9,000 Marines from the tiny island in an effort to break a 16-year impasse over the relocation of Marine Corps Air Station Futenma from a densely populated area of Ginowan City to a less congested part of the island.

The American and Japanese governments assume that the Marine withdrawal will foster a much less contentious relationship with the local population. They also contend it will finally lead to an agreement on a new location for the long-delayed Futenma replacement facility. Neither of these results is likely to materialize, however, because the failure to relocate the air station and the general opposition to American bases on the island cannot be explained solely by the size of the US military footprint or the public disruptions to everyday life caused by the American presence.

Okinawa's hostility toward American military bases on its territory stems from the World War II legacy, the island's pacifist culture, and a variety of grievances that accumulated during the American military occupation between 1945 and 1972. Opposition was further galvanized by the brutal 1995 rape of an Okinawan girl by American servicemen.

As a result of the rape case, the United States agreed to consolidate its military presence on the island and minimize the negative impact of its bases on the local population. A particularly difficult problem was the disposition of Futenma, which many agreed must move, but with differing opinions as to where it should go.

This initiative made little headway until 2004, when a Marine Corps helicopter based at Futenma crashed into the Okinawa International University campus. Two years later, Washington and Tokyo reached a new agreement, including the relocation of 8,000 Marines to Guam, but only after Futenma had been relocated. Like the previous plan, however, the 2006 agreement quickly stalled.

Despite the planned drawdown of Marines, Washington and Tokyo continue to view American forces on Okinawa as a valuable strategic asset. The two sides have a robust defense relationship characterized by an American security guarantee and considerable Japanese financial support for the large US. military presence that underpins this commitment.

Because Okinawa hosts nearly three-fourths of the American military forces stationed in Japan, Tokyo provides significant financial compensation to Okinawans, including hardship subsidies, federally funded public works projects, and vastly inflated rents to individuals who own the land where US bases are located.

While these payments have tempered Okinawan opposition, they have paradoxically ensured that any efforts to realign the US basing posture on the island will be extremely difficult. Any major adjustment to American bases on Okinawa will encounter significant resistance on the part of entrenched local interests that will suffer financial losses if facilities are relocated. For example, landowners at Futenma strongly oppose any move because they will lose the artificially high rents. Despite this "pro base" constituency, general opposition to the American military presence is likely to persist because the local government has an incentive to emphasize the negative impact of American bases to obtain larger payoffs from Tokyo.

Given these considerations, the withdrawal of 9,000 Marines will not overcome the difficulties associated with Futenma, nor will it solve the enduring problem of anti-base sentiment on the island. Those who believe the presence of Marines is the primary source of Okinawan discontent overlook both earlier protests against other US military activities and the fact that Okinawan opposition is fueled in part by financial calculations. As long as there is a US military presence on Okinawa, and as long as Tokyo buys the acquiescence of the local population, Naha is likely to continue to object to American bases.

The relocation of the Marines is a first step toward a more sustainable US military presence in the Asia-Pacific. Yet policymakers in Washington and Tokyo should not expect this move to eliminate or even significantly reduce an enduring source of tension in US-Japanese relations.

This commentary originally appeared on Asia Times on May 25, 2012. Commentary gives RAND researchers a platform to convey insights based on their professional expertise and often on their peer-reviewed research and analysis.