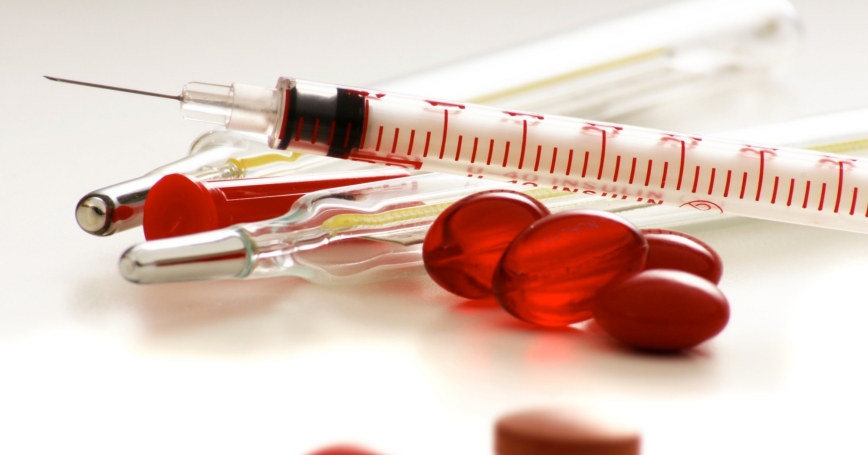 Concern over prescription drug shortages has recently reached a fever pitch. The cause for concern includes the rise in the sheer number of shortages — from fewer than 80 shortages in 2005 to more than 250 in 2011 — and the types of drugs affected. Injectable drugs such as chemotherapy, which are often vital to patient health and have few close substitutes, account for an increasing number of shortages.

Numerous government reports and articles have explored the causes of shortages. A recent report by the HHS Assistant Secretary for Planning and Evaluation (ASPE) pointed to ongoing manufacturing problems, increases in drug volume, consolidation in manufacturing, regulatory burdens in approving new manufacturing sources, and unusually high rates of patent expirations.

Many experts cite declining profit margins for generic drugs as the fundamental cause of the increase. In particular, they implicate a major Medicare payment reform established under the Medicare Prescription Drug, Improvement, and Modernization Act of 2003 (MMA) that dramatically reduced profits for many Part-B physician-administered drugs. However, despite the intuitive connection between this payment reform and drug shortages, the data suggest that the link is not as obvious as some claim. Further research is needed on the role of payment policies and, alternatively, other more episodic events in causing prescription drug shortages.

How might the MMA payment reform contribute to drug shortages? By reducing profit margins and establishing a fixed percent mark-up, the new payment system implicitly favors high cost brand name drugs over generics. As physicians switch towards higher cost drugs, manufacturers may respond by sacrificing the production of cheaper generic drugs in favor of more lucrative options, thereby causing generic drug shortages. Additionally, a two-quarter lag in price updating introduced by the new system may have prolonged shortages by reducing price responsiveness. Instead of allowing prices to rise during shortages — inducing manufacturers to enter the market to fill production gaps — the Medicare payment system dampens the influence of short-run price adjustments on current reimbursement levels, leading to price "stickiness."

Avoiding a rush to judgment. Based on such compelling reasoning, many have drawn a causal connection between Medicare's Part-B drug payment overhaul and the rise in drug shortages. While we do not refute this hypothesis, we take issue with the rush to judgment. We present evidence to suggest that the focus on the MMA as a primary cause is premature and may deflect attention away from identifying other potentially more important causes, thus inhibiting resolution of the current shortage problem.

Specifically, we analyzed data from the University of Utah Drug Information Service (UUDIS) database of shortages. This database, which provides shortage information to the American Society of Health System Pharmacists (ASHP), allows us to track shortages between 2001 and 2011. These data are considered the most comprehensive and reliable source of drug shortage information and have been used in two key government reports.

What the data show. Part B covers primarily injectable and intravenous drugs, known as "parenteral" drugs. Thus, we contrasted trends in shortages of parenteral oncology drugs, which should have been directly affected by the payment reform, and non-parenteral prescription drugs, which should have been relatively unaffected by it. Oncology is an important class of Part-B drugs: Chemotherapy drugs, which make up an increasing number of shortages, accounted for over 40 percent of Part-B drug spending in 2004, and erythroid growth factors, used in supportive cancer care, accounted for an additional 30 percent of drug spending.

While the trend in non-parenteral shortages mirrors overall shortage trends, the pattern for oncology drug shortages is quite different. A 9-year period of relatively few shortages was followed by a striking discontinuous jump in shortages in 2010 that is sustained in 2011. While oncology shortages increased briefly in 2005, this jump is minor relative to the later increase. The trend for parenteral drugs overall (not shown), which accounted for about 60 percent of all shortages in 2011, is very similar to the parenteral oncology pattern. Thus, the reform corresponds only weakly to the timing of shortages among those drugs most directly affected by the reform (parenteral oncology drugs) but quite closely to those drugs least likely to be affected by it (non-parenteral drugs).

Considering the role of episodic events such as manufacturing problems in drug shortages. While these patterns do not rule out an important role for the MMA (e.g., a lagged response for parenteral oncology drugs), they should motivate greater consideration of the role of episodic events. For example, explanations involving sudden major manufacturing problems – as opposed to more gradual changes like the aging of manufacturing plants — warrant further exploration. Only four manufacturers (Teva, APP, Bedford, and Hospira) accounted for the lion's share of oncology shortages in the last two years. Teva shut down its California sterile manufacturing facility in 2010 after receiving an FDA warning letter, ceasing the production of numerous injectable drugs for over a year. Teva was also the manufacturer with the largest number of oncology shortages in 2010 and 2011.

Events like these may have far-reaching impacts on the availability of injectable drugs and raise important questions moving forward. Is the recent rise in shortages a sign of declining access to generic drugs, or a temporary shock due to specific circumstances that are unlikely to recur? If manufacturing problems are to blame, why are producers experiencing so many more problems than in the past? And, can these manufacturing problems be credibly tied to Medicare reimbursement policies?

Despite a recent executive order, the FDA still lacks authority to require manufacturers to report actual or expected shortages or to take specific actions to prevent, manage or resolve shortages. These regulatory constraints make understanding the causes of drug shortages even more essential. If Medicare reimbursement policies contribute to drug shortages, policymakers should weigh this cost in ongoing payment reform debates. If they are not a prime cause, policymakers will have to look elsewhere to identify potential levers to prevent shortages. The data provided here should leave the jury out on the role of Medicare reimbursement policies and motivate more research to understand the causes of prescription drug shortages.

This commentary was first published on May 29, 2012 on Health Affairs Blog. Copyright ©2012 Health Affairs by Project HOPE — The People-to-People Health Foundation, Inc.