Should Boeing Fear the PRC's Aerospace Industry? Not in This Decade but Maybe Later 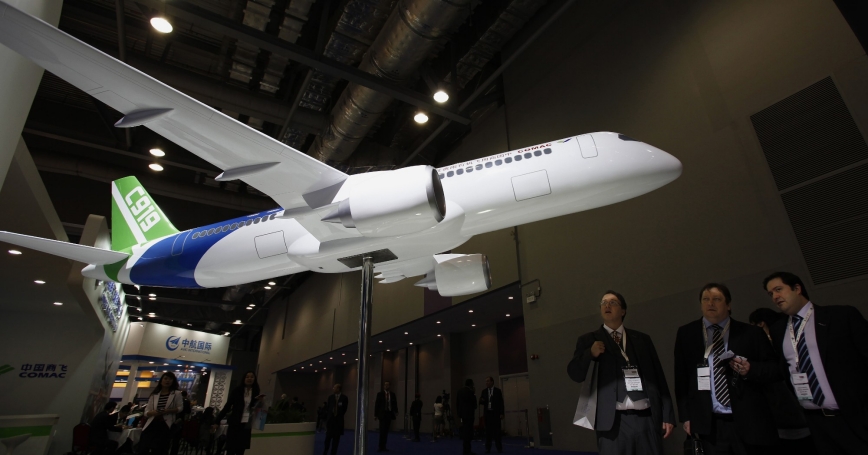 Visitors look at a model of C919 passenger plane during the Asian Aerospace Show in Hong Kong, March 8, 2011

This is one response to a Zócalo Public Square discussion, "The Power of Chinese Wings: Should Boeing Fear the PRC's Aerospace Industry?"

As detailed in the RAND study, Ready for Takeoff: China's Advancing Aerospace Industry, the Commercial Aircraft Corporation of China (COMAC) will probably begin producing its first large commercial aircraft later this decade. But the C919 is unlikely to be technologically or commercially competitive when it arrives. It's also heavily dependent on foreign suppliers, such as General Electric, Honeywell, Rockwell Collins, Goodrich, and Eaton, all of which are part of the Boeing 787 supply chain.

The large commercial aircraft market currently amounts to fewer than 1,000 deliveries a year globally. This makes it difficult for more than one or two manufacturers to achieve economies of scale. There's also competition from Brazil and Canada, where Embraer and Bombardier are seeking to expand into the large commercial aircraft market. In Japan and Russia, the aerospace industries have designs on the regional jet market as a steppingstone towards large commercial aircraft production. Lastly, as an airplane's total operating costs over their 30-year life span well exceed their purchase price, it is difficult to convince airlines to buy less efficient airplanes, even at a discount. Even a government mandate for all four major Chinese carriers to buy the C919 exclusively (about 100 to 150 planes per year, combined) would not produce a large enough market share to be competitive with Boeing or Airbus without significant foreign sales. So COMAC is unlikely to become competitive unless either of the leaders, Boeing or Airbus, makes a serious error in the development of a future airplane.

Nevertheless, the Chinese system is subsidizing the development of the C919 to the tune of billions of dollars, and China's aerospace industry has made impressive gains in the past decade. Even if the C919 is not commercially successful, Chinese industry will undoubtedly learn a great deal from the effort. If the Chinese Communist Party is willing to absorb such costs until Boeing or Airbus makes a mistake, then China could become a commercial threat. Not in this decade — but perhaps in the future.

This commentary originally appeared on Zócalo Public Square on May 13, 2012. Commentary gives RAND researchers a platform to convey insights based on their professional expertise and often on their peer-reviewed research and analysis.