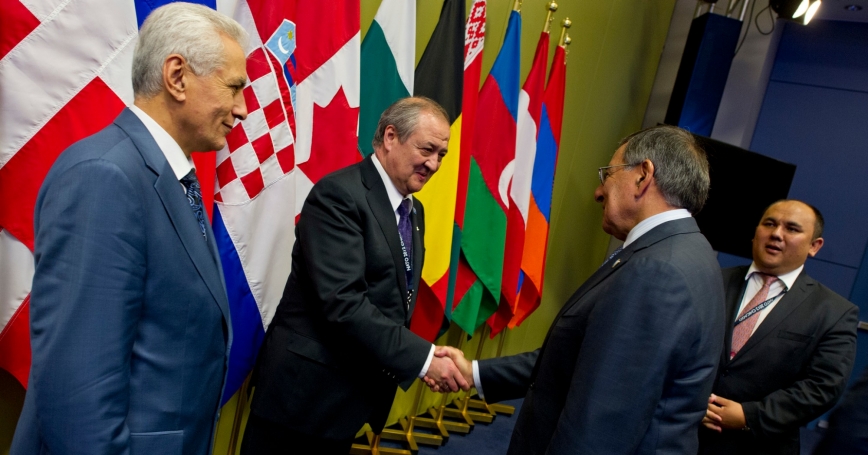 Secretary of Defense Leon E. Panetta attends the NATO Summit in Chicago, May 21, 2012

This week's NATO summit successfully navigated a tricky turn toward an end to the alliance's combat role in Afghanistan without veering into a stampede from the region altogether. The plan for handing over the lead in combat operations to Afghan forces is a little more clear, allies committed over $1 billion annually to support the ANSF, and NATO reaffirmed it will stay beyond 2014—even after combat operations are over. Meanwhile, several allies signed long-term partnership agreements with Kabul that parallel the agreement signed by President Obama there three weeks ago.

But the summit also drew attention to at least three challenges on the road ahead:

First, containing fallout from France's new policy: French President François Hollande's insistence on sticking with his campaign pledge to withdraw France's 3,400 combat forces from Afghanistan by the end of the year was unsurprising, but unwelcome and against the principle of "in together out together" agreed at Lisbon. Other allies, most likely the United States, will need to fill in the resulting shortfall, and France's precipitous departure could put pressure on other European leaders to accelerate their own plans, causing further strain.

Second, re-opening the Pakistan supply lines: Hopes were high that the prospect of a meeting with President Obama might entice Pakistani President Zardari into a deal on re-opening the Pakistan Ground Line of Communication (GLOC) that NATO needs to get out of Afghanistan. But those hopes proved unrealistic. Pakistan will almost surely re-open at some point, but the question is when and what price.

Third, the need for Russia: The Lisbon summit raised hopes that Russia and NATO might achieve a new level of cooperation, but in Chicago those hopes were deflated. NATO will continue to need Russian cooperation on the Northern Distribution Network (NDN)—especially as Pakistan holds out—but the cost of that cooperation isn't going down and it could rise.

NATO is becoming a more flexible alliance, and starting to look beyond Afghanistan toward the future. Even beyond Afghanistan, the challenges and uncertainties facing the alliance are real. But, as the summit showed, NATO's relevance persists.

Christopher S. Chivvis is a political scientist at the RAND Corporation, a nonprofit, nonpartisan research institution.

This commentary originally appeared on The RAND Blog and GlobalSecurity.org on May 24, 2012. Commentary gives RAND researchers a platform to convey insights based on their professional expertise and often on their peer-reviewed research and analysis.