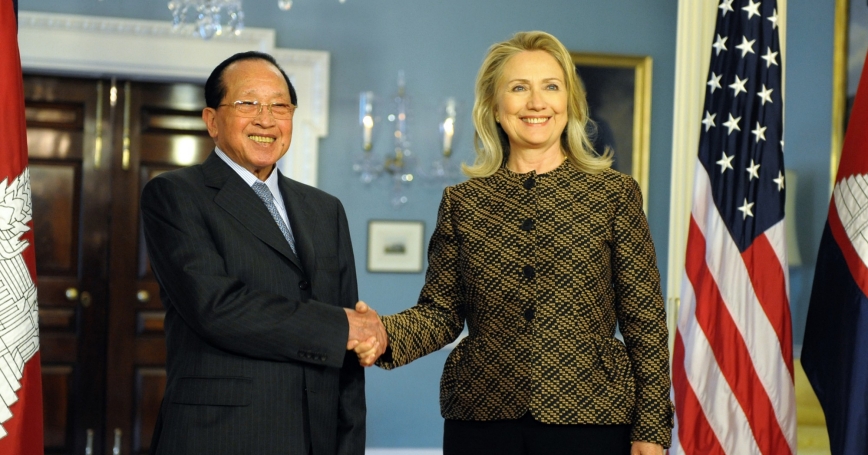 Absent further developments or revelations, history will judge Hillary Clinton's tenure as secretary of state as solid if unspectacular. Circumstances have denied her opportunities for the transformative accomplishments of Dean Acheson (designing a new world order), George Marshall (rebuilding Europe), Henry Kissinger (opening to China), James Baker (reunifying Germany) or Madeline Albright (pacifying the Balkans). Neither, however, has she been associated with signal failures, like the Vietnam peace accord, the Iranian hostage crisis, or the nonexistent Iraqi WMD that blighted the records of some of her predecessors. She is reportedly not an intimate confidante of the president, like Henry Kissinger, James Baker, or Condoleeza Rice before her. But nor is she ignored by the White House, as was Richard Nixon's first secretary of state, William Rogers; repeatedly undercut, like Colin Powell; led to resign in protest, like Cyrus Vance; or fired, like Alexander Haig....

James Dobbins, a former U.S. assistant secretary of state and special envoy under the Bill Clinton and George W. Bush administrations, is director of the International Security and Defense Policy Center at the RAND Corporation, a nonprofit, nonpartisan research institution.

This commentary originally appeared in Foreign Policy on June 20, 2012. Commentary gives RAND researchers a platform to convey insights based on their professional expertise and often on their peer-reviewed research and analysis.