Egypt's New President Has the Mandate—What about the Power? 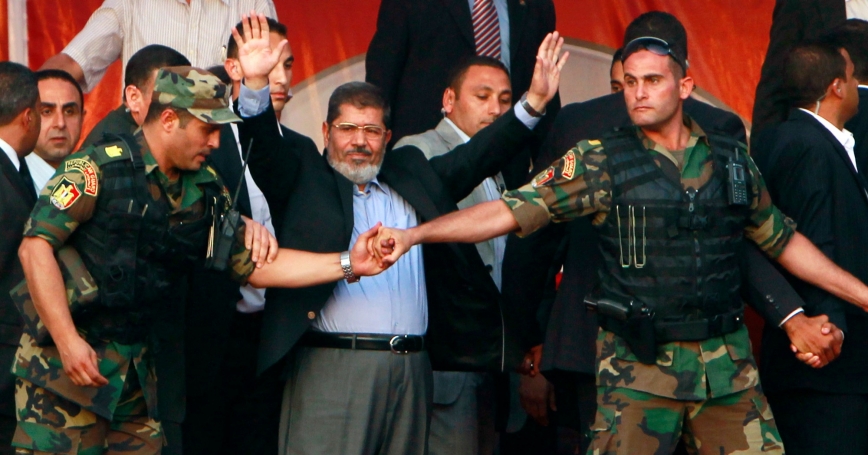 Egypt's Islamist President-elect Mohamed Mursi waves to his supporters while surrounded by the presidential guard in Cairo's Tahrir Square, June 29, 2012

Mohamed Morsi's victory is a huge step in Egypt's political development. It represents the first time in Egypt's modern history that it has a democratically elected president from outside of the military.

But Morsi's authorities were recently curtailed by the military and it is unclear how much power he will actually wield. The military and the Brotherhood are currently in a fierce competition over who will rule the country.

Who Morsi appoints as his deputies and who he appoints to the cabinet will be closely watched as a signal of whether the new president will pursue an inclusive agenda.

Just as critical will be the extent to which Morsi, without an independent following, continues to defer to the Brotherhood's senior leadership despite holding the highest office in the land.