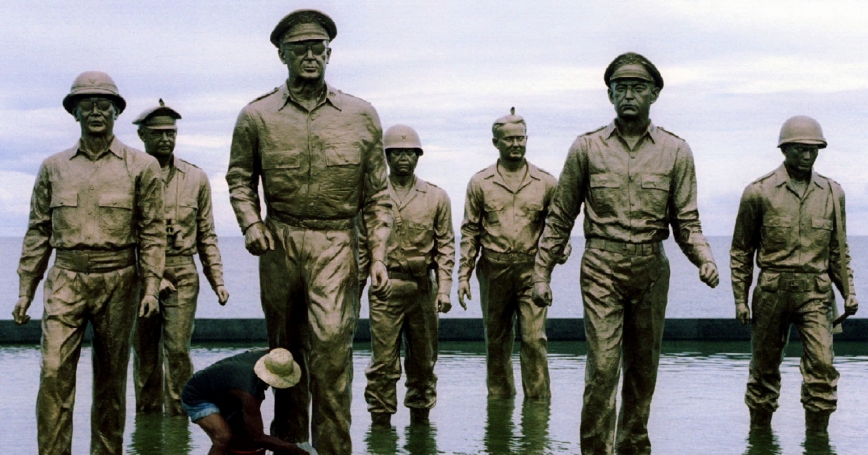 A Filipino worker cleans the statue of late U.S. General Douglas MacArthur October 7, 1994 for the celebration of the 50th anniversary of the landing of U.S. and allied troops on Leyte island in the Japanese-occupied Philippines during World War II

Fighting for MacArthur: The Navy and Marine Corps' Desperate Defense of the Philippines, a World War II history written by John Gordon, has won the 2011 Arthur Goodzeit Book Award.

Gordon is a senior policy analyst at RAND specializing in counterinsurgency and irregular warfare.

Presented by the New York Military Affairs Symposium, the Goodzeit Award honors works of military history that are of "unusual value," according to the awards committee.

The book is the only single-volume work to offer a full account of Navy and Marine Corps actions in the Philippines during World War II.

Gordon joined RAND in 1997 after a 20-year U.S. Army career and has since participated in and led numerous studies for the Office of the Secretary of Defense and the Departments of the Army and Navy.