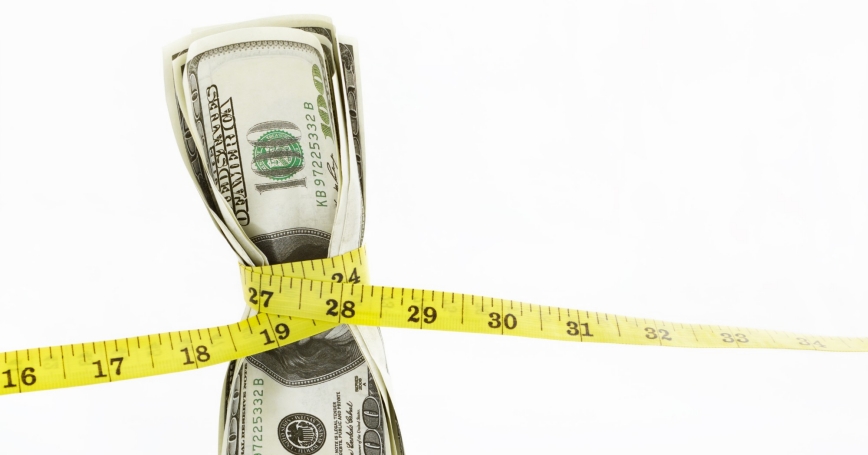 Tightening the government's belt doesn't have to squeeze the economy.

The inescapability of this trade-off is a firm conviction in much of Europe's southern tier ("Club Med") and an emergent belief in the United States. Notwithstanding these constituencies, the belief is wrong. It is based on the simplistic assumption that vigorous recovery from a deep economic recession depends on boosting the amount of total spending—so-called aggregate demand—regardless of the sources and types of this aggregate (whether government or private), how they are financed (by debt or by equity, by accumulated balances or by pension funds), and the differing consequences that may thereby ensue.

If, instead, the focus shifts from aggregate demand to disaggregating demand into some of its components, as well as examining the differing benefits and costs that are associated with these components, it is evident that there are many fruitful ways of galvanizing growth while at the same time austerely confining government spending. Austerity and growth can in fact complement one another.

Take for example the widespread, bipartisan agreement that the U.S. infrastructure is badly in need of upgrading and maintenance. Our roads, highways, bridges, ports, and airports are embarrassingly shoddy compared with what we experience in traveling abroad (including in many lower-income countries). At the same time as there is a dearth of infrastructure, the balance sheets of corporate America are leavened by more than $2 trillion of cash balances, while the nation's banks currently hold $1.5 trillion excess reserves, about five times their holdings prior to the recession in 2008. So, abundant liquidity and investable capital are available in U.S. financial and non-financial institutions to finance promising, profitable ventures.

If we were to allow for, encourage, and assure the use of tolls and fees to repay investors, the large pool of available liquidity could provide ample commercial funding of infrastructure improvements, without debt-financed government spending. The process could be given a further lift by using a portion of existing highway-tax revenues along with prospective tolls as components of new derivative financial instruments to hedge investors' risks.

Next, consider education. Annual U.S. spending for K-12 schooling is more than $600 billion—mainly consisting of spending by states and districts, supplemented by $26 billion of spending by the federal government. With 53 million students enrolled, per capita K-12 spending is nearly $12,000 annually. Issuing vouchers to parents for, say, 10 percent less than this amount per student to be used at the parents' choice of public, private, charter, parochial, or online schooling, can plausibly—not easily, but plausibly—be used to achieve both a modest increase of austerity in the public sector and a valuable stimulus to competition, innovation, and enhancement of educational quality, together producing a fillip for future economic growth.

Another example of where and how austerity and growth can be successfully combined is tax reform. It's evident that even a modest tax reform would open myriad opportunities for imposing austerity on government spending while stimulating growth. Until recently, Japan had the world's highest corporate tax rate. Now that Japan has lowered its rate, the 35 percent U.S. rate is the highest among the world's large economies.

Grant that many and probably most American companies avoid paying this rate by retaining some of their earnings abroad, or by internal transfer pricing between foreign affiliates or subsidiaries and domestic parent firms. Still, as a consequence of this avoidance strategy, U.S. GDP is lower and its growth slower than would be the case under a lower rate. Notwithstanding the slow pace of the U.S. recovery, the United States remains the world's largest capital exporter. In 2010, U.S. private business investment abroad was $329 billion, motivated in part by corporate tax rates that are lower abroad than at home. This outward-bound investment is equal to about 20 percent of private U.S. domestic investment and contributes to growth elsewhere that could be happening in this country.

Think back for a moment to the bygone days of the GATT (General Agreement on Tariffs and Trade). Suppose the United States were to propose something that might be called a "Most Tax-Favored Nation Treatment"(MTFN). The result of our lowering corporate tax rates to the lowest rates prevailing abroad would likely be to reduce the $329 billion outflow, as well as to attract additional foreign capital to invest in the United States. Economic growth here would be spurred. Tax revenues might fall or rise (rates would be lower, but the amount of taxable earnings from foreign investment in the United States would rise), but no additional government spending need ensue.

Again, we would achieve austerity in debt-financed government spending, while giving an added push to economic growth: Think of it as a "trade-on," rather than "trade-off."

Finally, focus again on the disaggregated components of demand, rather than on the aggregate, which is the root of the mistaken view that austerity and growth are antonyms. The component parts suggest another opportunity for reinforcing the positive relation between austerity and growth.

As a result, potential investors may respond by deferring or diminishing their otherwise intended investment. In the Keynesian vernacular, the "multiplier" may in fact turn out to be negative: The consequence of relaxing government austerity would thus be reduced economic growth.

The takeaway point from all the above is that government austerity and economic growth are not antonyms: Austerity in debt-financed government spending complements economic growth, rather than conflicting with it.

This commentary originally appeared on weeklystandard.com.

Charles Wolf Jr. holds the distinguished corporate chair in international economics at the RAND Corporation and is a senior fellow at the Hoover Institution.

This commentary originally appeared in The Weekly Standard on July 2, 2012. Commentary gives RAND researchers a platform to convey insights based on their professional expertise and often on their peer-reviewed research and analysis.