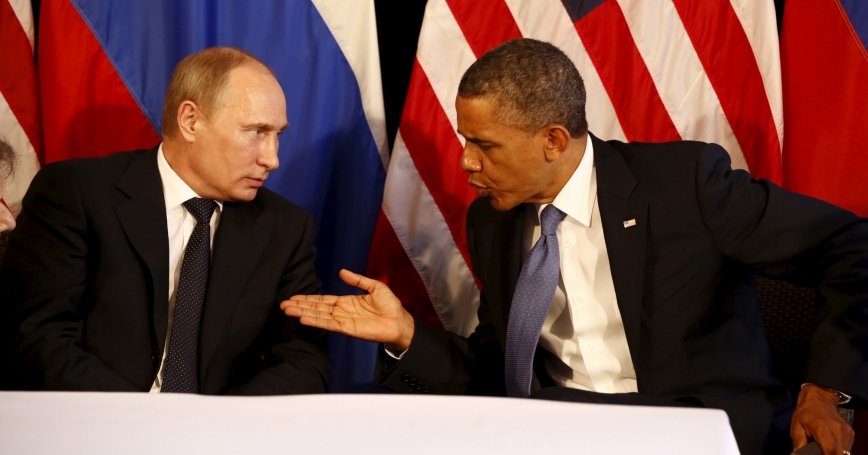 Despite the wan smiles and a high-minded joint statement about paving the way for a democratic transition in Syria, yesterday's meeting in Los Cabos, Mexico, between Presidents Barack Obama and Vladimir Putin did little to disguise the recent series of setbacks in U.S.-Russian relations. Yes, it's been a pretty ugly couple of months. Why have things fallen apart so quickly?

For some observers, the answer is simple enough: Putin. The notoriously thin-skinned ex-KGB officer, the argument goes, has returned to the Kremlin with zero interest in continuing the "reset" policy promoted by his squishier, iPad-toting predecessor, Dmitry Medvedev. "We told you so," suggests a chorus of determinists in both America and Russia. "Putin just doesn't like America, and that's that."

After all, it was Putin who tried to pin responsibility for last December's massive street protests on Secretary of State Hillary Clinton and then tacitly backed a campaign of harassment against U.S. Ambassador to Moscow Michael McFaul. When Russia's top military commander, Gen. Nikolai Makarov, ominously warned that Russia was prepared to launch preemptive nuclear strikes against U.S. missile defense sites in Central Europe, no Russian political heavyweight, least of all Putin, stepped up to say, "Enough with this Cold War silliness!" Yet another shock came when Putin unexpectedly backed out of a planned visit to Washington for a get-to-know-you summit meeting with Obama, followed by the G-8 gathering at Camp David....

Andrew S. Weiss, director of the RAND Center for Russia and Eurasia, served on the National Security Council staff, the State Department's Policy Planning staff, and in the Office of the Secretary of Defense during the Clinton and Bush 41 administrations.

This commentary originally appeared in Foreign Policy on June 19, 2012. Commentary gives RAND researchers a platform to convey insights based on their professional expertise and often on their peer-reviewed research and analysis.