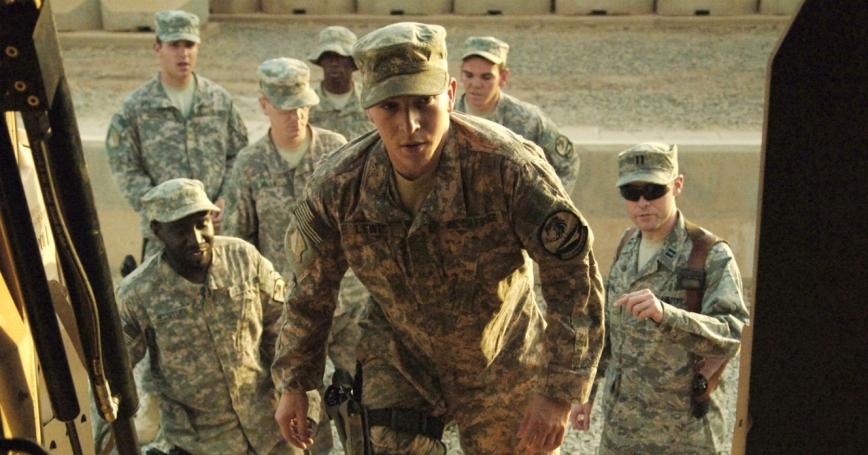 A captain briefs a group of quick reaction force airmen while they board a mine resistant ambush protected vehicle as part of a combat-stress therapy scenario at Joint Base Balad, Iraq, August 20, 2009

Adequate compensation is critical to recruiting and retaining an all-volunteer force—in peacetime and wartime alike. To assess the effectiveness of U.S. military pay and benefits, the president directs a review of military compensation every four years.

Four studies from the RAND Corporation contributed to the 11th QRMC.

Compensation for wounded warriors and survivors. Technological advances in battlefield medicine are saving the lives of many more wounded service members. But often these members survive with serious injuries that may have significant financial implications. The question for RAND and the QRMC was whether current benefits are adequate to compensate for financial losses.

Disability payments made to veterans injured during combat adequately compensate them for the earnings losses they experience in the civilian job market. Four years after their deployment, the income of veterans who suffered serious or very serious injuries is on average about 36 percent higher than what would have been expected had they not been injured. The increase is a result of the disability compensation they receive. These findings indicate that the U.S. military is doing of good job of compensating injured veterans for earnings losses that result from combat injuries.

Similar research that measured the impact of combat deaths on the financial wellbeing of survivors found that these benefit programs are also working well. On average, recurring and lump-sum benefits from the Defense Department, the Veterans Administration, the Social Security Administration, and other federal sources would likely be sufficient to fully replace lost earnings for several decades.

Reserve compensation and benefits. The use of reserve component personnel in the U.S military has increased dramatically since September 11, 2001, —drawing considerable attention to the compensation and benefits available to reservists. The QRMC's proposed new pay structure for military reserve members would be more similar to that of active duty members, cost less than the current system, maintain current force size, and offer enhanced force management flexibility as requirements and economic conditions change, according to the RAND analysis.

RAND examined health care coverage for Reserve Component personnel and found that 30 percent of reserve members lack health insurance to cover care for nonservice related conditions. The military's TRICARE Reserve Select (TRS) program offers the option of purchasing health insurance through the military on terms that compare favorably with typical employer benefits, but the program does not appear to effectively target those most likely to be uninsured. Another important finding of this study, especially to policymakers concerned about the rising cost of military health care, is that TRS premiums will also compare favorably with new options that may be available as part of health care reform, so the individual mandate is likely to increase TRICARE Reserve Select enrollment. This research also found that reserve members are only one-third as likely to be referred to the Disability Evaluation System as active personnel, but once in the system receive dispositions and benefits that are similar to those for active component members.

"The work reflected in these reports continues RAND's long history of research in military compensation," said John Winkler, director of the Forces and Resources Policy Center in the RAND National Security Research Division. "RAND's reputation in this area and the models we have developed give us a distinctive analytical advantage in evaluating the impact of changes in military pay and personnel policies."