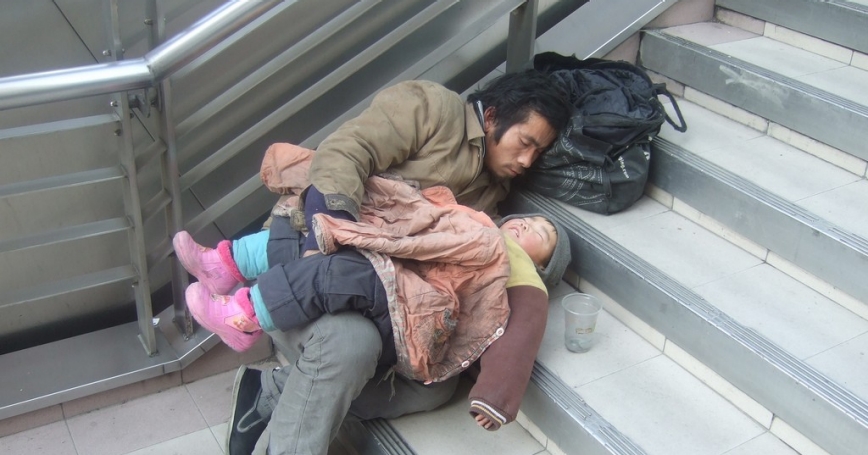 The ongoing U.S. debate on inequality is paralleled by one in China that is less visible and less audible, but no less intense. Despite their differences, the two debates share a common characteristic: what they emphasize is less important than what they neglect. They emphasize the magnitude of inequality and changes in it. They neglect why inequality occurs, which reasons are good and which are not, and what, if anything, to do about it.

In the United States, the debate unfolds during a protracted presidential election campaign. In this charged environment, the debate is sometimes referred to as "class warfare"—a term actually used by John Maynard Keynes many years ago to characterize his opposition to it. The U.S. debate also includes allusions to the role of inequality as a contributing cause of the recession, the increased inequality that has resulted from the recession, and the extent to which increased inequality has adversely affected the pace and vigor of recovery from this recession compared with prior ones.

In China, the inequality debate has a very different cast. It is, first of all, limited by censorship and anticipation of censorship. Consequently, much of the debate is less evident in the media than on the internet. There it has been galvanized by what The Economist understates as the belief of "many people that too little of the country's spectacular growth is trickling down to them."

The debate in China has been intensified by the ostensibly more redistributive and egalitarian "Chongqing Model" of economic development advocated by the recently dismissed Chongqing party chief Bo Xilai, versus the soi-disant growth-at-any-price "Guangdong Model."

Another distinctive aspect of China's inequality debate is largely confined to the country's top leadership, quite apart from the internet. This aspect consists of two additional factors: an impending reduction of 2–3 percent in China's remarkable 9–10 percent annual growth rate during the past three decades, and the ongoing transition from China's ten-year leadership of Hu Jintao, to the designated new leader, Xi Jinping, and his soon-to-be-named associates on the Politburo Standing Committee.

The new leadership confronts the risk that increased social unrest might result from the occurrence of rising and conspicuous inequality throughout the economy, at the same time as China encounters slower economic growth. This risk is magnified by substantial inequality between China's high-income and high-growth eastern provinces, and its poorer and slower-growing central and western provinces. Adding fuel to these embers is the non-Han ethnicity of some of the "less-equal" parts of the populace that inhabits some of the poorer provinces, notably in Tibet and Xinjiang.

Underlying the differing debates in the United States and China is a presumption that inequality can be reliably measured, and that measurement enables useful comparisons of inequality within and between countries, and across different time periods.

Measurement involves serious data problems in both the United States and China: for example, whether pre-tax or post-tax income is the proper metric for assessing inequality; whether the preferred metric should be confined to money income, or instead should also include income in-kind, and whether non-taxed benefits (such as employer-provided health insurance) should be included as well as money income.

Measurement problems also include a serious question of which among several candidate indicators is best for measuring inequality.

Data problems aside, the best single indicator of inequality is the Gini coefficient, named for a twentieth-century Italian statistician, Corrado Gini. While the Gini coefficient is not immune from technical criticism—it is not an elixir emanating from a magical vessel—it is the most comprehensive and familiar inequality indicator. It is the inequality indicator that is most widely used by governments and academics, including those in China, the United States, and most other countries.

Clearly, both Gini coefficient extremes—maximum equality, and maximum inequality—are "bads." However, whether any specific level or specific change in the Gini coefficient, either closer to or farther from equality, is "good" or "bad" cannot be inferred from the Gini coefficient number alone. This crucial inference depends on what accounts for the Gini coefficient inequality number. Is it due to greater work effort, higher labor productivity, innovation, entrepreneurship, better technology, more efficient management; or instead to favoritism, nepotism, collusion, bribery, fraud, insider trading, special privilege, or other forms of corruption? If the explanation lies in higher productivity and better management, then the inequality warrants encouragement. If instead inequality is due to nepotism and corruption, it should be combatted and reversed.

If the answer is neither black nor white, but a shade of gray, which of the explanations predominates? And how can the positive factors be encouraged, while the latter are reduced?

According to the best current U.S. government data showing Gini coefficient estimates around the world, both China and the United States are in the middle part of the Gini coefficient range (between 0.45 and 0.49). Actually, inequality in China is probably higher than this estimate and higher than in the United States—an inference I would draw from a recent statement by the director of China's National Bureau of Statistics that the Bureau is unable to publish Gini coefficient estimates because "data on high-income groups is incomplete."

This is what the debate should be about, but isn't.

Charles Wolf, Jr., holds the RAND Corporation's Distinguished Corporate Chair in International Economics, and is a professor of policy analysis at the Pardee RAND Graduate School. He is also a senior research fellow at the Hoover Institution.

This commentary originally appeared in The International Economy on June 4, 2012. Commentary gives RAND researchers a platform to convey insights based on their professional expertise and often on their peer-reviewed research and analysis.