U.S. Military's Role with Petroleum Is to Assure Security 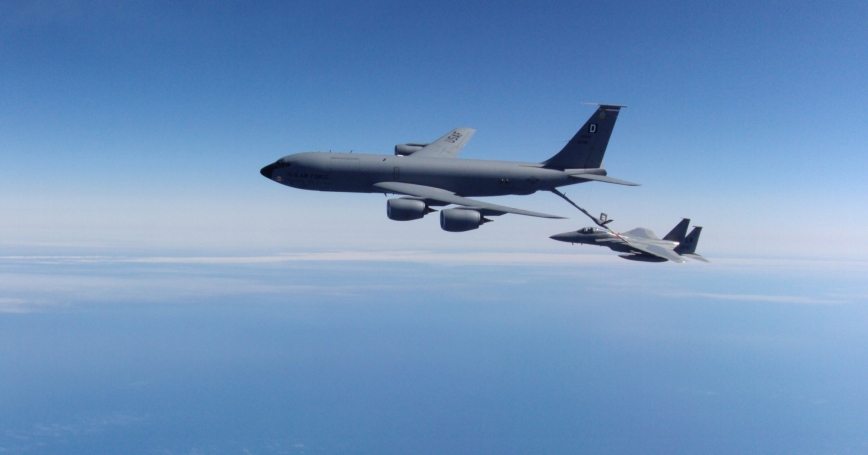 When the U.S. Department of Defense purchases oil, it has almost no effect on world oil prices, according to new RAND reports. That means reducing fuel consumption is the only effective way for the Pentagon to cut its petroleum expenses.

However, the U.S. military can continue to have an important role in promoting stability in major oil producing regions and by helping protect the flow of energy through major transit corridors and on the high seas.

These are among the conclusions of the first three of a four-volume series of reports examining the role of the U.S. Air Force in promoting international energy security.

"While the Department of Defense is one of the world's largest fuel users, its consumption of about 340,000 barrels per day is a small fraction—less than one-half of one percent—of global petroleum demand," said James Bartis, a RAND senior policy researcher and the author of the report analyzing the dynamics of the world oil market. "Considering that the United States produces more than 8 million barrels of oil per day domestically, there is no credible scenario in which the U.S. military would be unable to access the supplies of fuel it needs to defend the nation."

The report emphasizes that future oil prices cannot be predicted.

"Too often military planners are afflicted with petroleum anxiety," Bartis said. "They think prices are heading in only one direction: up. But history teaches us otherwise."

Bartis said that although the military will have access to the wholesale fuel supplies that it needs, the purchase price could be uncomfortably high. The study finds that as fuel consumers, the military services have only one effective option to deal with high petroleum prices: use less fuel.

This can be done by purchasing more energy-efficient equipment, by adopting maneuver schemes that are more energy efficient and, in the short term, by implementing other energy conservation measures. The studies find that alternative liquid fuels do not offer the Department of Defense a way to appreciably reduce fuel costs.

"Turkey has ambitions to become an international energy hub, moving oil and natural gas from the Caucasus, Central Asia and the Middle East to Europe," said Andrew Weiss, the lead author for this portion of the study. "To achieve that ambition, Turkey needs to improve protection of its pipelines and energy infrastructure, which have been the target of repeated terrorist attacks by the Kurdistan Workers Party."

Weiss highlighted oil tanker traffic through the Bosporus Strait as another vulnerable area.

The Asia sea lanes are a growing security concern because of the increasing dependence of Asian economies on imported oil and natural gas from the Middle East. Three-fourths of the oil passing through the Strait of Hormuz is heading toward Asia, while less than 15 percent is directed toward the United States.

"Those statistics alone suggest that overall U.S. interests are best served by a multinational approach to the protection of the energy sea lanes to Asia," said RAND senior fellow Ryan Henry, who authored the report examining the role the Air Force plays in assisting the U.S. Navy in protecting these sea lanes. "But it goes far deeper than that. For example, multinational cooperation in sea lane protection provides a means of dampening the simmering tensions and lingering disputes that prevail within Asia."