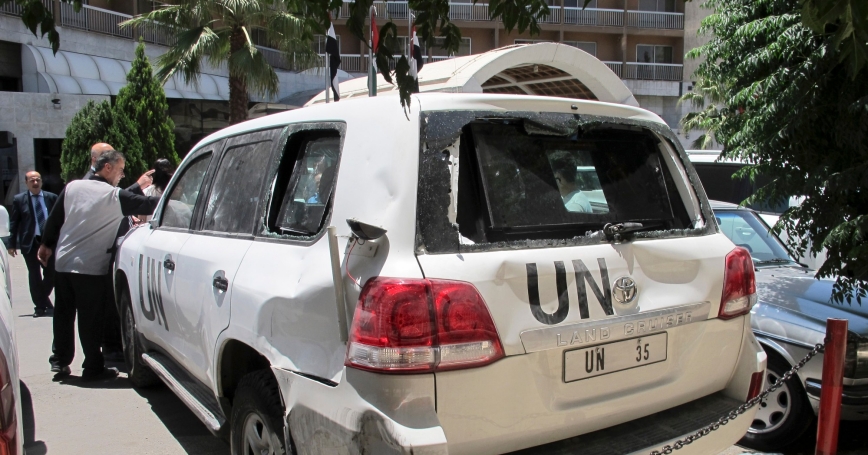 This week's attack on a Syrian pro-government TV channel was the latest in a series of events that many see as harbingers of full-fledged civil war. The United Nations Action Group on Syria is set to convene in Geneva on Saturday (June 30) in an attempt to salvage the April peace plan spearheaded by former UN secretary-general Kofi Annan and come to an agreement about the international community's goals.

Violence in Syria has only intensified since the failed ceasefire, leading the UN to suspend its observer mission and prompting comparisons to the war in Bosnia in the 1990s.

"The intensity of the divisions in the country, the external environment in which sides are providing arms to both of the contending parties—all of that suggests that the situation's going to continue to deteriorate. And I think it could easily reach the levels of violence we saw in Bosnia," James Dobbins, director of the RAND International Security and Defense Policy Center and a former U.S. assistant secretary of state and special envoy under the Bill Clinton and George W. Bush administrations, told NPR.

Turkey, which has been directly affected by the overflow of violence, is expected to participate in Saturday's talks.

With dozens of high-ranking Syrian military personnel seeking refuge in Turkey, and following Syria's downing of a Turkish fighter jet, some commentators have debated the likelihood of Turkish retaliation or a Libya-style NATO intervention at Turkey's behest. RAND's Stephen Larrabee, who holds the Distinguished Chair in European Security, sees Turkey as taking a measured approach at this stage in the conflict.

"They want to call attention to Syria's behavior but it isn't as if they thought they'd get NATO support for any military action, or that they're ready to go down that path themselves," Larrabee told the National Journal. "At this point, the name of the game is to arm the rebels and put pressure on Assad, not to take him on alone."